Heroku CI (continuous integration) runs tests in an environment very similar to an Heroku application, the code is packaged into a slug and runs on a dyno.

With Heroku's Github Integration it can automatically run CI-builds for every commit, then report back to Github with a pass or fail status and a link.
The test results can be parsed if they are reported in the TAP-format, but it still stays on Heroku and is not visible on Github.

What if we could get the number or failing tests, error messages, backtraces and even screenshots directly to Github?

This is why I built Blinka🚦!

The gem blinka-reporter also supports outputting test results in TAP-format, without depending on anything but minitest.
Enable by setting the envionment variable BLINKA_TAP=true. This allows Heroku to parse the results and report them in their interface.

The tests run on Heroku CI and with the TAP-format output we get some feedback in the Heroku interface.

The test results are reported to Blinka🚦 which results in a Github Status:

A comment with the results of the CI-run is posted:

It can even handle screenshots generated from a failing test, upload them to the service and include them in the comment: 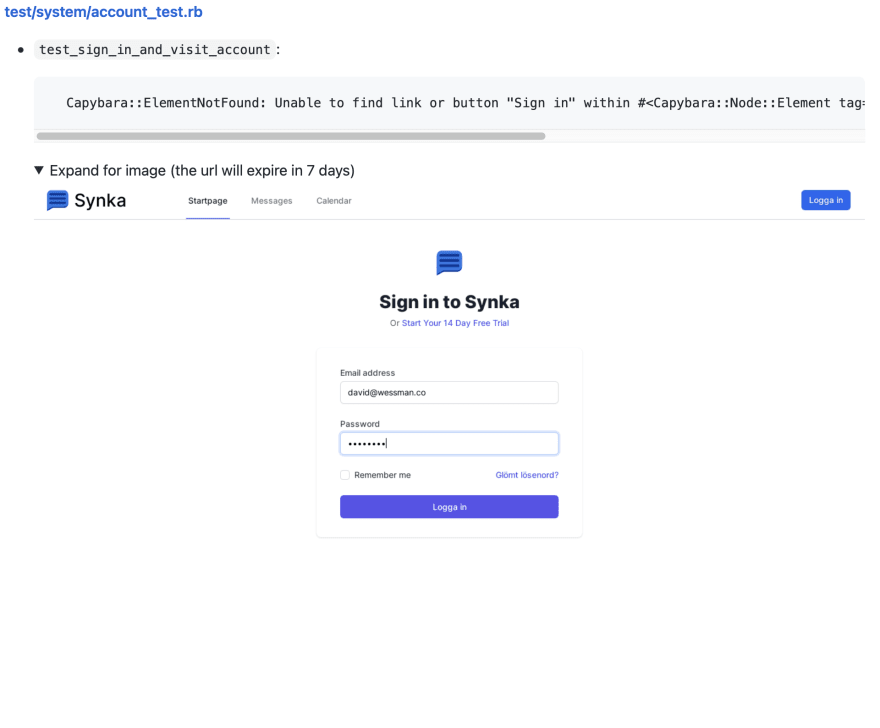 Please reach out to me on Twitter if you want to learn more!

Milepost: From a GitHub User to a GitHub Star

Is GitHub Safe to Use?

My app works perfectly locally but when I deploy to heroku, it crashes