After you've got a handle on React's basics, what do you build next? A "real" project seems too big, but another todo app won't cut it. You need something you can bite into -- something that will take more than 5 minutes, but not more than a few days.

In this post I'll show you 5 projects that will be fun to build, stretch your abilities a bit, and do not involve any todos.

I suggest using Create React App to bootstrap these projects.

We'll start off with an easy one. This is more of a component than a full-blown app, but it's a good place to start. 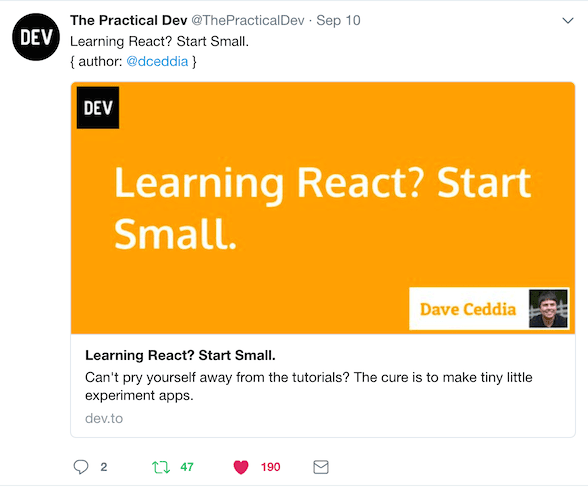 Variations of this UI can be found all over the web -- Twitter, Facebook, Pinterest, Airbnb, Redfin, and so on -- and it serves as a solid building block for the sort of app where you want to display an image + some data.

It's also good practice for breaking down a UI into React components.

Once you have a single SocialCard component rendering, try making a list of them with some fake data.

Display a 5-day weather forecast, where each day shows the high and low temperatures, and an image for sunny/rainy/cloudy/snowy. Use fake, hard-coded data until you've got everything rendering correctly.

For added practice, here are a few ways you could expand on the app:

You can see how this app starts off simple, but can be expanded at will to increase the challenge and the learning.

Hacker Hunt is an aggregator of Hacker News stories with categories, but more importantly, it's a good app to build for React practice. 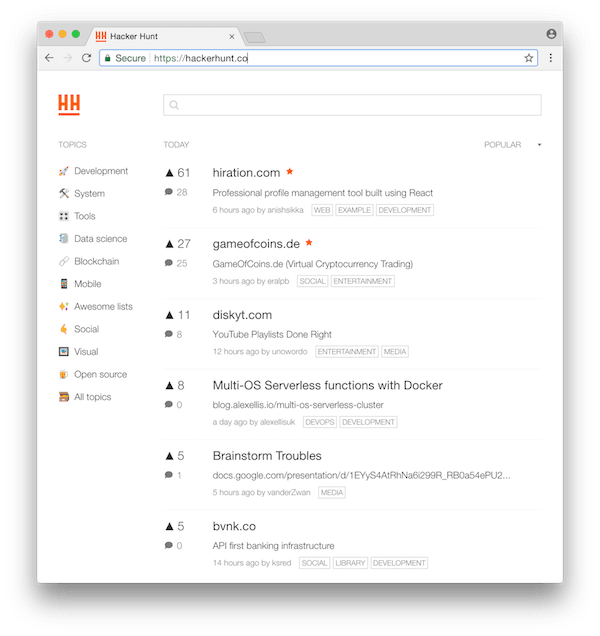 It has been said that all web apps are basically just lists. This app will give you some practice with lists of components that are a little more complicated than todos.

Use static data at first, and if you want a little more of a challenge, fetch stories from their API. From what I can glean from devtools, this is just a single route, https://hackerhunt.co/api/daily/0, and you can replace the 0 with a different page number.

You could go a step further and replicate their routing structure with React Router. 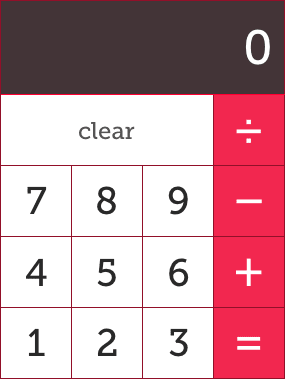 You probably already know how these work. Add, subtract, multiply, divide... Clicking the numbers or the operations should perform the action.

For added challenge, respond to keyboard input too. You shouldn't need to add an <input> element to make this work. If you do use an <input>, make it so that the user doesn't need to focus the input control to type into it.

Spend a little time thinking about how the state will be represented. Do you need to store more than just the numbers on the display? When you type a new number, does it replace the display with that number, or append it to the end?

Add some snapshot tests with Jest to test that the calculator works correctly.

Make a simplified version of Github's Issues page. Here's an example. To keep the scope small, just focus on implementing the list of issues, and ignore the stuff in the header (search, filtering, stars, etc). 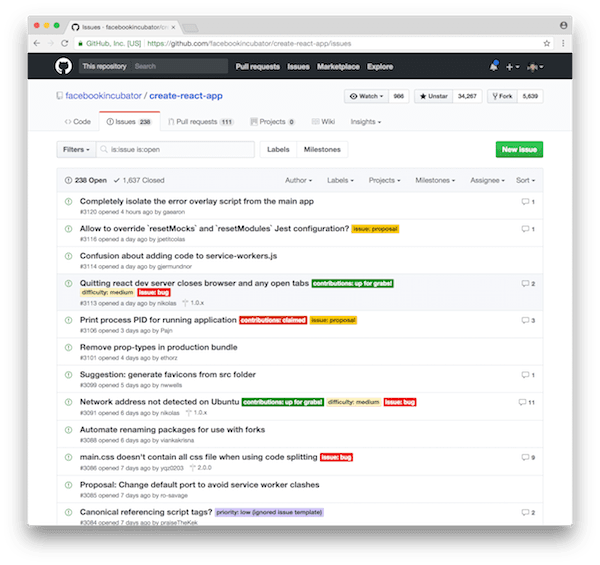 Start by fetching open issues from Github's API and displaying them in a list. You could use static data for this too.

Then add a pagination control to allow navigating through the entire list of issues. You might find it useful to add React Router too, so that you can navigate directly to a given page.

For added difficulty, implement the issue detail page too. Render the issue's Markdown text and its comments using something like react-markdown. 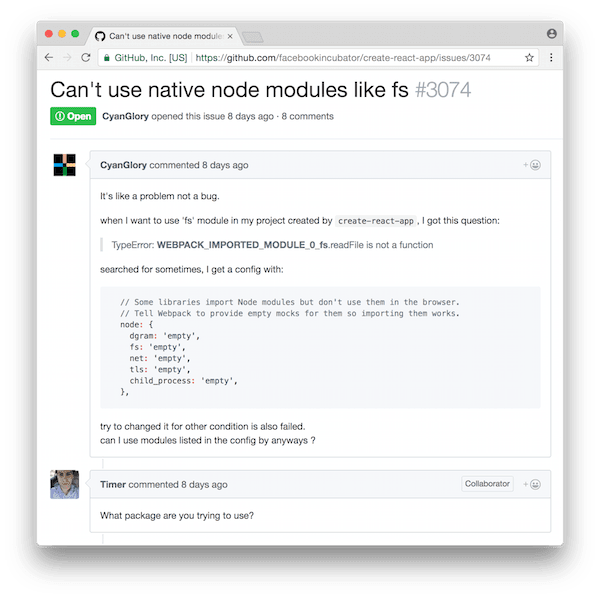 Here is a working example using React, Redux, and React Router that implements the features above plus a few more.

Hopefully I've given you some ideas for the kinds of things to build to help advance your React skills. For more along these lines, read about Learning with Copywork and follow along to build a metronome in React.

Moving Beyond Angular's Style Guide - Part 1: Rule of One

dev.to is home to thousands of developers writing helpful posts like this one.

It's a great coding community and it's 100% open source.