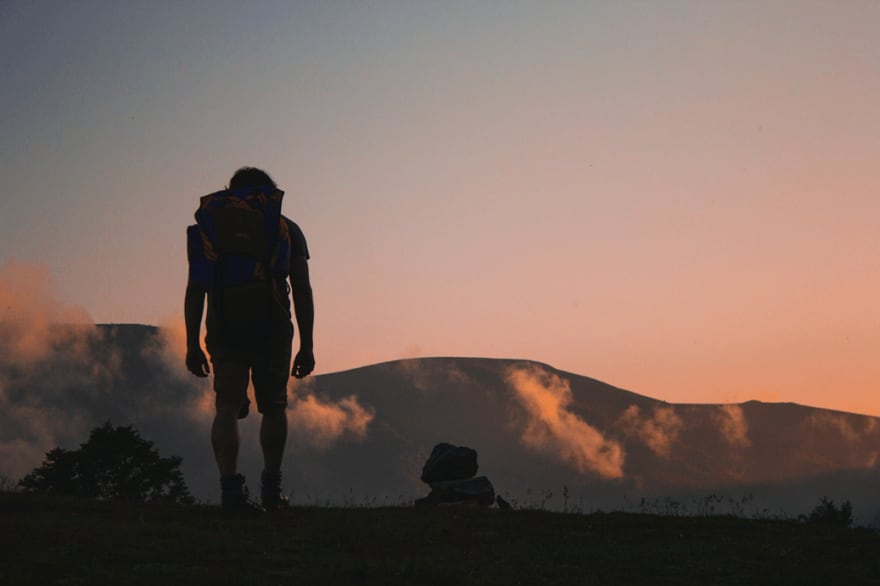 If you just recently began to take interest in programming, and you’ve added some action to your interest, by now you might have discovered that picking up a new programming language is not as easy as it looks or as people paint it to be. If with all the difficulties, however, you’re still pressing on, then the next thing you probably want to know is how to speed up your learning process.

I will be sharing some of the things I’ve identified as the major factors that has helped me move from the learning stage to a job-ready stage of cloud engineering and DevOps. I’m also writing this as a note from the cloud-engineer-me to the NodeJS-student-me, so that I can use the same hacks that helped me survive cloud engineering to survive NodeJS. If you can also identify with this stage of picking up a new skill, then this is also a note to you. The assumption I am making is that you are still watching tutorials videos, following a textbook or some other form of learning to master a programming language, or other techy things.

Practice as you Learn. Don’t accumulate knowledge and concepts with the hope of practicing everything at once. Practice at the same rate that you learn. Practice incrementally. Never fall into the trap of thinking that because you watched a particularly concept in a video or read it in a book, that you automatically understand the concept. In reality, it just doesn’t work that way. You need to ensure that you practice whatever concept you learn as soon as possible (most times, immediately after you learn it). In my experience, many of the things I overlooked and took for granted as I watched videos ended up becoming very important. Sometimes, I got to learn again things as simple as the importance of indentation.

Many online learning platforms know the importance of this, and they build realtime practice into learning. I can say this of Udacity, where I learned Python, and Google, with Google Qwiklabs where I learned to use the Google Cloud Platform.

I watch my videos 1.5x to 2x faster: Yeah, you read that right! Does this point qualify as a hack? Well, it helps me to save my time, because I figured that some tutors are always intentionally slow to accomodate all types of learners that will make use of their course. This makes the course really slow for fast learners (like me🤓), and I try to buy back my time by increasing the playback speed of the videos. This is however not a rule, and that’s because when I have to, I switch to the normal pace so that I can get the concepts taught by a tutor. In all, I have overtime reduced almost by half, the overall time it takes to finish a course, just by increasing the playback speed.

Never jump from tutor to tutor: It is true that different tutors teach differently, and apply different tutorial styles, with some starting from the very basics, and some others just going straight into the heart of the training You must be careful as a student to ensure that you find a tutor who you think is best suited for you and stick with that tutor till the end, even if things become difficult in the process. When I started out to learn Python, the tutor I started with went as far back as the history of python but when the going got tough, I switched to another tutor. This meant starting afresh, since they neither started from the same place nor had the same course outline. Guess what?! The going got tough with my second tutorial too and I switched to the third! After much making up of my mind, the third was the final one. Did the going get tough again? Definitely, but I completed it nonetheless.

Build Something: Your next employer is concerned with what you can do with what you have learned, and for the most part, the proof of that is the projects that you build with your knowledge. There’s no much talk here except that BY ALL MEANS, BUILD SOMETHING!

Finally, talk about what you’re doing. Write blog posts, write tweets, share ideas, record videos, connect. Make sure your voice is heard, even if you’re saying what some others have said, it’s fine, as long as it’s in your voice! This is important because it does not only helps you to properly articulate and identify what you know, it also gives some information and direction to people who may come in contact with your shared ideas. Finally, it also makes people percieve you as a professional, even if you are just starting out in the field!

Photo by Mukuko Studio on Unsplash

Developer Burnout Can Be a Serious Issue. Here Is How to Spot It

How To Learn Better And Avoid Procrastination

My Top 5 YouTube Channels to Improve as a Developer

Saint Daniel in Cloud
I'm Damilare. Designer. Dev. DevOps.
What to write first? Front then back end or vice versa..?
#codenewbie #discuss #beginners
What was your win this week?
#discuss #weeklyretro
Quiet Quitting is About Loyalty
#culture #career #discuss #watercooler

Once suspended, ddadekunle will not be able to comment or publish posts until their suspension is removed.

Once unsuspended, ddadekunle will be able to comment and publish posts again.

Once unpublished, all posts by ddadekunle will become hidden and only accessible to themselves.

If ddadekunle is not suspended, they can still re-publish their posts from their dashboard.

Once unpublished, this post will become invisible to the public and only accessible to Saint Daniel in Cloud.

Thanks for keeping DEV Community 👩‍💻👨‍💻 safe. Here is what you can do to flag ddadekunle:

Unflagging ddadekunle will restore default visibility to their posts.