@fcrozetta offered their response as a linux user who keeps returning to Windows in the very-popular thread titled: Windows has no real future - Here is why:

As a linux user, who time and time again goes back to windows, here are some considerations I have:

Everything is easier after you know how to do it

Windows is easier for most user because they are used to it. on companies it's probably the OS they will see all day.
At home, the majority of people use windows as well. The cognitive load to learn a new OS is huge. I use linux almost everyday, and I still struggle on what is the name of the programs (dolphin, epiphany, and other names are not really nice to know what they do...)

Yes, it may be easier for us, who know how things work, but not for the common user, who uses MS word, MS outlook, and MS Edge (chrome, if you are lucky).

One of the companies I had a contract some time ago asked me why outlook was crashing. The reason was because the files were to big for outlook to handle. They would not remove old emails, and ask me to solve it. Mozilla thunderbird was the best solution, but it took me almost an year to train the users to open thunderbird instead of outlook. A YEAR. seriously. nobody complain about the change anymore, and everyone who uses it loves it, but it was a really problem at the time.

It's not easy to change people's mindset, and even harder to change their mindset AND their daily tools.

Someone who knows how to use photoshop on a daily basis also will know how to find solution for their problems. The same way we know, almost by instinct that stackoverflow will have a clue on what is wrong with our code, other professions will have theirs. Changing this will make their work go in a slower speed, and maybe with a lower quality, until they know how to use the new tools correctly. Not everyone can, or want, to do this.

What would you say to someone who uses notepad to code, and is struggling with it? Install vscode, use VIM, etc...
The same happens in the other industries as well... When they struggle to install the printer, and ask someone, what you think they will say? Install windows.
Or even worse, when the printers is not compatible with linux, and there is nothing they can do about it. How does the user feel? They know that on windows that printer would work, but now they have to just..... throw it away, and buy a new one? This is crazy, nobody would do that.

Yeah, the interface.... before it was ugly, and now it's ok. not perfect. its OK. And I'm considering the modern ones, not the ones that look like a rip off of win95.
Speaking of Win95, have seen the interface for programs like LibreOffice? 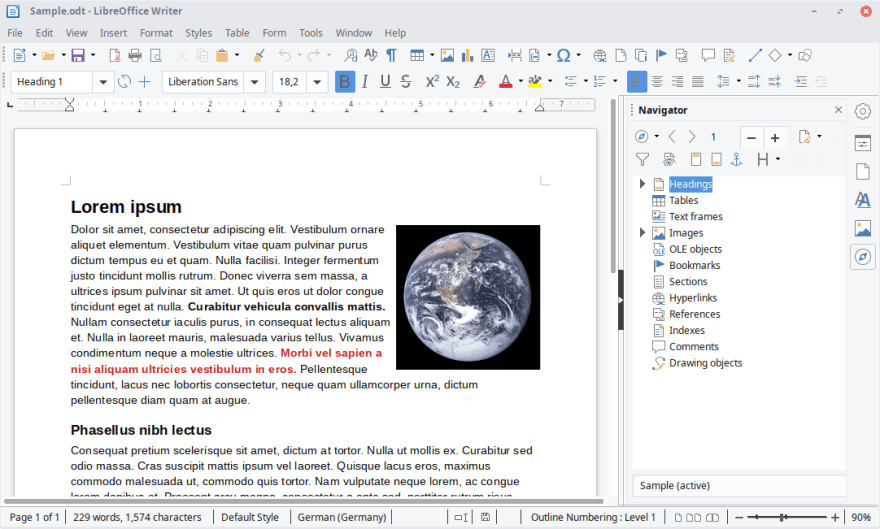 Yes, you can use GDocs, but not everyone will do it. Most homes and companies will prefer a local app for that.

Why do I go back to windows?

Yeah... now here is the fun part. I don't like windows, i think it's memory consumption is terrible, and the windows defender is a pain in the butt...

However, skype for business work only on windows (regular skype should kinda work on linux), and NVIDIA, and printers, etc...

Now, I know that this is not a fault on the OS side, BUT it doesn't allow me to work, or communicate with colleagues, or print something(I confess I gave up on printers at this point).
YEs, NVIDIA is responsible for the Graphics card lack of drivers, but the problems between nvidia and linux is not MY problem either.

Yes, unity should have support, but Unreal engine, the biggest one, that bigger games are developed.... Not really. Again, not the OS fault, but people will not use it, if it doesn't solve their problem, right?

@alainvanhout offered a great reply to an anonymous questioner who asked: Have you ever worked with an engineer who never leveled up?:

From the different comments, it's clear that 'levelling up' means different things to different people. As I see it, it could be interpreted as any of the following

For the first, while some/many people may aspire to that, others don't feel they have the right character for it, feel it includes too many things they don't like (e.g. lots of meetings), feel it will reduce the time they can spend on things they really enjoy (e.g. coding), or may simply feel content in what they do now. All of those are entirely valid personal reasons for not doing this kind of 'leveling up'.

The second is what a great many people see as 'leveling up', i.e. expanding your skill set beyond what they know now. Often, it's a part of maturing beyond a 'junior' competency level. That said, people can also specialise in particular skills, without having the inclination to increase their amount of skills. Chastising people for that is like criticising a carpenter that makes fine furniture, because they don't regularly learn other types of woodwork, or given the scope IT skills, criticising them for not taking up pluming or masonry.

The third is a fairly sensible request, within reason: it makes sense for an employer to require of their employees that they educate themselves in the skills that are needed to do their job properly. That may include a junior learning 'on the job' or a senior getting acquainted with a new technology that the company wants to start using. There's however a world of difference between that company then making the arrangement for that employee to start learning via paid-for courses as part of their job versus that company requiring that that employee do the learning in their own spare time. The first is obviously reasonable, while the second is only seen as reasonable in some lines of work, while it's seen as ridiculous in others.

Finally, the forth one comes down to this: that a person is able to learn from their mistakes, and to take the advice of colleagues into account to progressively get better at what they do. Think code review: you don't expect having to give the same type of comments over and over again. This kind of leveling up is qualitatively different than the other three, and my view at least, the only kind that you absolutely can't do without.

So basically, it depends. Except when it doesn't.

@dthompsondev shared a bit about their story and their underlying motivation in How do you stay motivated?:

I could write essays on this topic.

For me, it is my WHY. Your WHY is your driving force, the reason why you can conquer any obstacle. Nietzsche said "For he who has a why to live, can bear almost any how!" For me, that why is my family.

I worked in GAS STATIONS FRYING CHICKEN! When I hit the age of 30 I realized I had to pivot or be stuck there forever. I looked at my wife and son, my WHY. I knew that I had to do something. Long story short, began to learn to code. I fell in love!

I helped 44 people land their first jobs in tech last year. I am a software engineer. I host meetups and bring resources to developers in my city. The journey has been AMAZING! Now I am focused on motivating and inspiring developers of all levels. To show others that the path exists!

A javascript runtime that essentially restricts all access unless explicitly provided by the user. Also, it has typescript support out of the box. Also, it essentially decentralizes package sharing by using URLs for retrieving javascript codes (just like we do by using script tags in the browser).

It seems, and apparently is (based on Ryan Dahl's presentations), like a do-over of Node by learning from its mistake.

However, there are large code bases written in Node, and since Deno does not try to be compatible with node, it would be interesting to see how or if the transition will happen.

@caroso1222 offered some wonderful perspective in response to Should devs code in their free time?:

Other professions don't have to show side-projects or give tech talks to stay relevant. Devs are normally asked to keep doing all this kind of stuff to be competitive in job applications. Those are objective facts. Now, whether you see it as an advantage or disadvantage, it's all a matter of perspective.

I see this as a great advantage. The fact that a pilot needs to fly 20k hours to get a raise or grow seniority is something I find very limiting. The fact that a dev has the power to grow professionally and economically just wisely using their free time is a superpower. You can get a huge boost by putting some hours after work into learning something new or contributing to open source. You can compete with seniors by showing you have the drive and passion but lack the years under your belt.

If coding isn't your passion, that's fine too. But, if this is the case, don't quickly judge those who love coding, even when not being paid. They will normally have a lead on you, whether you think it's fair or not.

The Cloud: A Beginner's Look

Would you guys join me if I started streaming on Twitch