A developer reported that an app downloaded from AppGallery could not be installed.
After checking the message to find out more details about the error, I discovered that the error message was actually "Conflicting provider (Error code: -13)", indicating that ContentProvider of the downloaded app conflicted with that of an existing app. The system also provided a description of the error and recommended a solution. 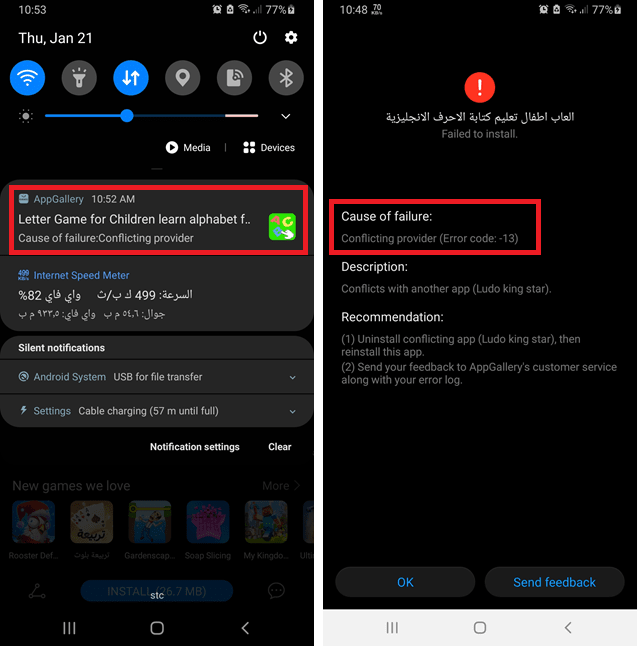 In this case, you can modify the ContentProvider information and install the app again to resolve the problem.

How to create a Material Design Dropdown button in Flutter

How to create Jetpack compose textfield