The API defines the queries that can be made, such as queries, usable data formats, etc. between two software systems. Our team has created a news API and we also used these points and many tools for testing that.

What is API testing?

In API tests, instead of using standard user input and output (keyboard), you use software to send API calls, get output, and note the system response. API testing is very different from GUI testing and will not focus on the appearance of an application. It mainly focuses on the business logic layer of software architecture.

API automation Testing requires an application that can be interacted via an API. In order to test an API, you will need to

Types of Output of an API

An output of API could be

Consider the below API function –

They return any value such as True (in case of success) or false (In case of error) as an output.

A more accurate Test Case would be, can call the functions in any of the scripts and later check for changes either in the database or the Application GUI.

Calling of another API / Event

In this case, we call one of the API functions which in turn will call another function.

For example — The first API function can be used for deleting a specified record in the table and this function, in turn, calls another function to REFRESH the database.

Test cases of API testing are based on

The API testing approach is a predefined strategy or method that the QA team will execute to perform API testing after the build is ready. This test does not include source code. The API test approach helps you better understand functionality, technical testing, input parameters, and test case execution.

The following steps help you perform the API testing approach: 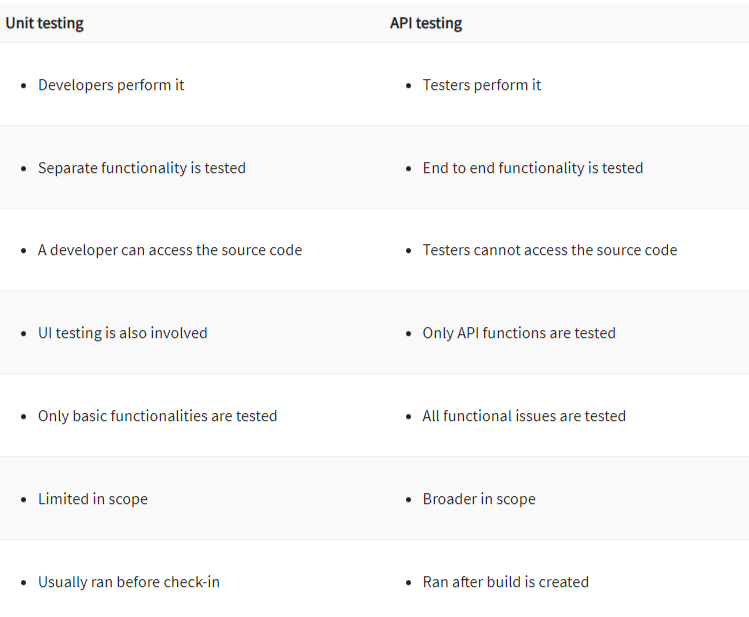 How to Test API

API automation tests should cover at least the following test methods in addition to the usual SDLC process.

The API consists of a set of classes/functions/procedures that represent the business logic layer. If the API is not tested correctly, it can cause problems not only for the API application but also for the calling application. It is an essential test in software engineering.

Check out the original blog — https://www.guru99.com/api-testing.html

Rajat Thakur
Simplicity is the key to success.
How To Get More From Your Global News API
#api #news #webdev
Modern REST API design principles and rules
#webdev #rest #api
How Newsdata.io news API can be helpful for your business?
#webdev #api #rest

Once suspended, digitallyrajat will not be able to comment or publish posts until their suspension is removed.

Once unsuspended, digitallyrajat will be able to comment and publish posts again.

Once unpublished, all posts by digitallyrajat will become hidden and only accessible to themselves.

If digitallyrajat is not suspended, they can still re-publish their posts from their dashboard.

Once unpublished, this post will become invisible to the public and only accessible to Rajat Thakur.

Thanks for keeping DEV Community 👩‍💻👨‍💻 safe. Here is what you can do to flag digitallyrajat:

Unflagging digitallyrajat will restore default visibility to their posts.