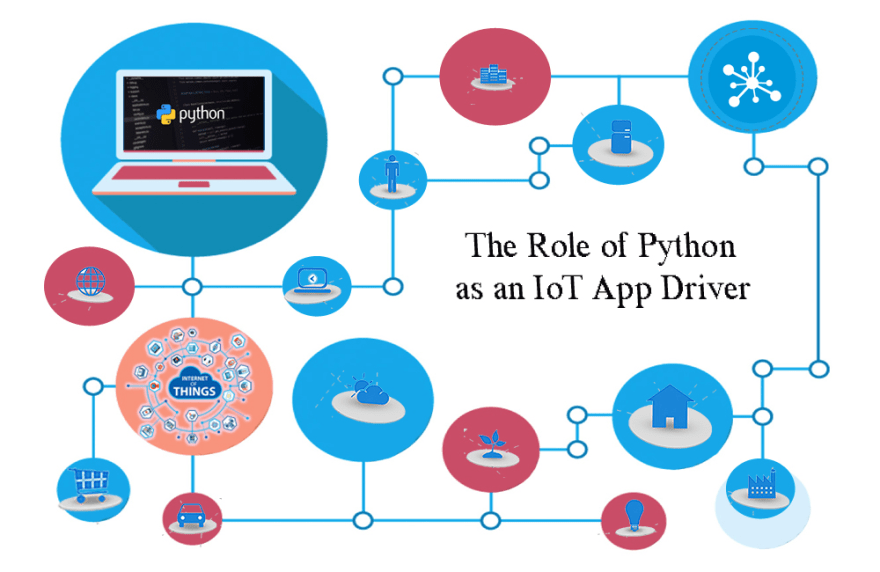 Over the past decade or so the two technological phenomenon is which have created a buzz are Python and IoT. It is quite impressive to note the rise of IoT under the shadow of writing which has safeguarded its reach into public and relatively more comfortable development methods. IoT is considered as a sheer driving force which has helped IoT flourish and be more mature than ever before in the recent times. Python is a lightweight and easy to learn programming language which is backed by one of the most significant contributing community which helps the language expand in all directions and that has helped the language cover IoT with full efficiency.

It would not be wrong to consider IoT as a substantial affair in the IT landscape. It is a fantastic piece of stat that has a 31.2% contribution share in helping IoT strengthen its roots in public and business solutions. Once there was a time when ITO was considered as something vague used by business giants to build content for the publicity matters, but Python has complimented the potential.

How is Python the real IoT app driver?

While there are numerous reasons for IoT to be in the driver seat of the technological Scenario, Brighton has been fuelling the adrenaline of tech savvies in this regard. In the real sense, but I think can we consider to impart a living soul to every IoT devices which have its programming bass, behavioral pattern and an IP address to be identified across the network. Might sound easy but only a language as mature and extensive as Python can do. Bison is perfect for being the app driver as it can help you in bed quality functional code within the embedded systems and also back your functionalities with libraries for sensor networks, data analytics, machine learning and several other domains of technology.

IoT and Python are generally clubbed up due to similar stride across various domains of technology. Siri encompasses almost all applications of technology while Python is steadily running to support all of them during the Python Software Development phase.

What does Python possess?

One of the most persuasive reasons for Baichung to be the language for IoT is its classic simplicity of syntax and how effortlessly one can learn to implement and deployed technology through this. Now, this has some serious benefits of its own. As my thing allows you to quickly code various technologies and complex functionalities, it reduces the time and material cost and also lets one move away from the importance of super skilled human resources.

We all know that IoT has embedded systems of different kinds which are set up in environments that run on distinct mechanisms. Python offers numerous formatting standards and compiling options to let you build functionalities for your IoT devices.

Generally, Java is one of the clear examples which comes to anyone’s mind when we talked about and elaborated, mature programming language. The issue with such heavyweight languages is that they are difficult to code and require multiple dependencies to work together for binding into an application. Python is easily embedded, scalable and entirely portable across any network of IoT devices. The language supports all primary single board computers which are extensively used in IoT solution development.

If IoT is one of the most bronze doubt free in a dense forest of technology, Brighton is the water to its roots. Attributes of Python like portability, scalability and easy to code syntax encouraged IoT engineers to work out highly utilizable functionalities making it mature. The interesting combo of IoT with Brighton has bright future ahead with the rising importance of data science and analytics in the recent time.

How to become more visible for Recruiters