I’ve made no secret on this blog of how I feel about TerraForm, and how I believe infrastructure as code is absolutely essential to managing any cloud based deployments long term.

There are so many benefits to leveraging these technologies. And for me one of the biggest is that you can manage your infrastructure deployments in the exact same manner as your code changes.

If your curious of the benefits of a CI /CD pipeline, there are a lot of posts out there. But for this post I wanted to talk about how you can take those TerraForm templates and build out a CI / CD pipeline to deploy them to your environments.

So for this project, I’ve build a TerraForm template that deploys a lot of resources out to 3 environments. And I wanted to do this in a cost saving manner, so I want to manage it in the following way.

Now for the sake of this exercise, I will only be building a deployment pipeline for the TerraForm code, and in a later post will examine how to integrate this with code changes.

Now as with everything, there are lots of ways to make something work. I’ve just showing an approach that has worked for me.

The first part of this, is to build out your template to be able to easily be make configuration changes via the automated deployment pipeline.

The best way I’ve found to do this is variables, and whether your are doing automated deployment or not, I highly recommend using them. If you ever have more than just yourself working on a TerraForm template, or plan to create more than one environment. You will absolutely need variables. So it’s generally a good practice.

For the sake of this example, I declared the following variables in a file called “variables.tf”:

Also worth noting is the client id, secret, subscription id, and tenant id above. Using Azure DevOps you are going to need to be able to deploy using a service principal. So these will be important.

Then in your main.tf, you will have the following:

Now worth mentioning that when I’m working with my template I’m using a file called “variables.tfvars”, which looks like the following:

This will be important later, as you build out the automation. From here the next step is going to be to build out your Azure DevOps pipeline, and for this sample I’m going to show, I’m using a YAML pipeline:

So what I did was plan on creating a “variables.tfvars” as part of my deployment:

Now the next question being where do those values come from, I’ve declared as part of the variables in the pipeline, these values: 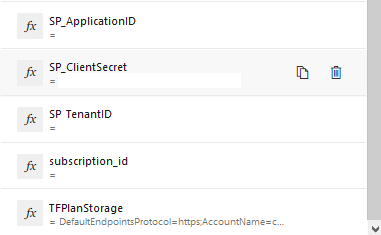 How do we do TerraForm plan / apply, the answer is pretty straightforward. I did install this extension, and use the “TerraForm Tool Installer” task, as follows:

After that it become pretty straight forward to implement:

Now the cool part about the above, is I took it a step further, and created a storage account in azure, and added the connection string as a secret. I then built logic that when it you run this pipeline, it will run a plan ahead of the apply, and then output that to a text file and save it in a storage account with the build number for the file name.

I personally like this as it creates a log of the activities performed during the automated build moving forward.

Now I do plan on refining this and taking steps of creating more automation around environments, so more to come.

I am a well documented nerd and software developer.

Why I prefer JavaScript over Python