Before we get going, in order to follow along with this article, you should download this repository:

Each of these technologies by themselves are powerful, but when you combine them, you're able to build a cloud connected cross platform app that is able to harness the power of Azure in a matter of minutes. And it's even able to create user accounts, a very tricky feature that's necessary, but difficult to understand.

Now - I said you can create it in minutes ... that's not exactly true. You can't create anything in minutes. It takes work. I won't kid you.

But what does take minutes is to get a fundamental understanding of how these three pieces of technology work on a fundamental level and interact. And then once you have that - you can be off and running to create apps of your own!

Do you want to watch a recording of what this article is all about?

It just so happens I did a live session for .NET Conf 2019 that demonstrates this app and gives a high level overview of all the concepts involved - in about 25 minutes!

So check it out - and be sure to come back here for a more in-depth discussion.

What Are We Going to Build?

In the video above, throughout this article, and with all the code in this repo you just downloaded; we're going to build a weather application. (Based on the Pretty Weather sample.

I know, I know - another weather app.

But this one goes further than most. It actually retrieves the weather via a custom API! It allows users to sign-in to an Active Directory B2C instance. It stores weather preferences into a Azure Cosmos DB instance!

It's a fully enabled cloud app. Showing off how you can integrate a ton of cloud services into your Xamarin application.

How Did We Build It?

Let's take a look at each of the components used to build this app in turn. 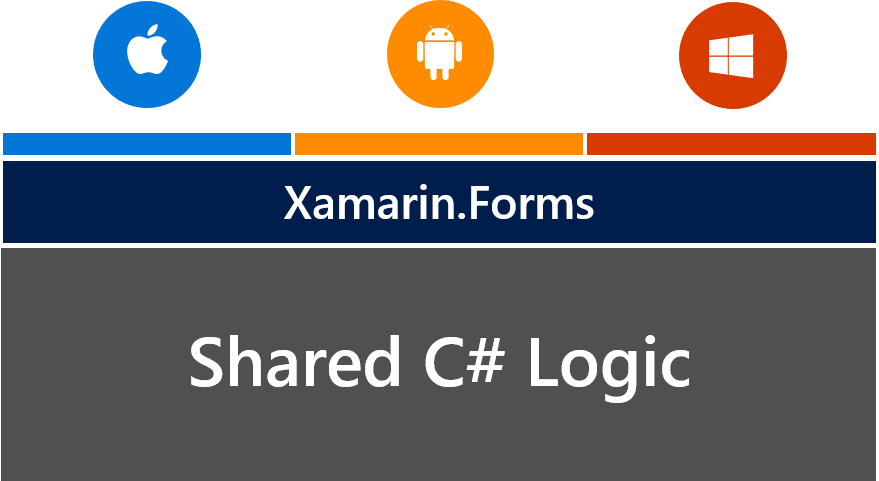 In this application - we use Xamarin.Forms to build out the user interface and the application logic layer. In fact, the only code that runs on iOS or Android alone is the code which bootstraps Xamarin.Forms. It's boilerplate code added with the File->New process when creating a project. For our purposes - this application is 100% shared code!

The app uses the following features of Xamarin.Forms:

The app is built of 4 distinct pages:

MVVM stands for Model-View-ViewModel. The pattern is a lot like MVC (just more V's and more M's 🤣). Its purpose in life is to decouple any application logic from the application's user interface. You put all logic into the ViewModel. The ViewModel returns information - in a Model class - to be displayed in a View.

And you can use what's known as data binding to have the view updated automatically whenever the data it's bound to changes (and vice versa).

Then the binding to each user control is done with a syntax that looks like this:

That tells Xamarin.Forms to look into the ViewModel for a property called Temp.

So let's talk about Xamarin.Forms Shell for a bit. Shell gives applications an opinionated way to do a user interface. Tabs. Flyout menus. Navigation. This app only uses a subset of the navigation functionality.

You can see the navigation happening in the WeatherViewModel class's ExecuteSavedCitiesCommand.

Shell is cool in that it allows the app to navigate to new pages from view models. First we new up a Page. Then navigate to it - asynchronously of course. await Shell.Current.Navigation.PushModalAsync(citiesPage);

Shell provides means to both push onto the navigation stack and also push onto a modal stack. 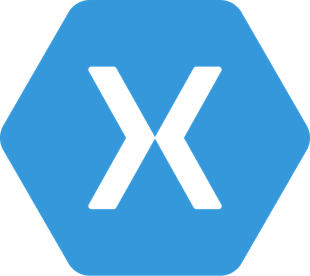 Messaging Center is a great way to send... well messages.. between any class in a Xamarin.Forms solution - even the Android or iOS projects!

In the weather app, I'm using Messaging Center to indicate when a city has been selected from the search list. This will allow the SavedCitiesViewModel to add the newly selected city to its display list and also save it to Cosmos.

One thing to note - when sending messages using Messaging Center - use custom classes as the origin of the message. Not the view model or page which you sent them from. This makes the message more reusable. See my article here for more info on it.

And here's a quick code sample on how it's done.

The SearchCitySelectedMessage is the custom class. And MessagingCenter is using it as the origin of the message.

Take a peek at an example.

Here the Glyph property of FontImageSource is bound to the view model's Icon property. But I really want something else to be displayed. So it's attached to a value converter that looks something like this.

That's all the cool Xamarin.Forms stuff that's going into the app - now let's take a peek at what's happening in Azure Functions! 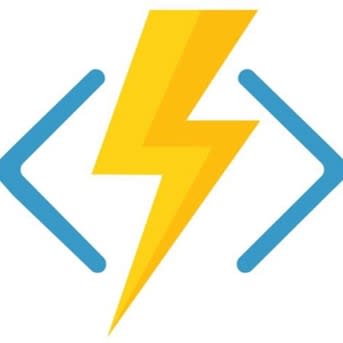 And our application is using Functions as something of a backing Web API. Functions can do more - and you can read about bindings and triggers here.

We're using HTTP triggers. Meaning anytime an HTTP request comes in - our function reacts to it. (And only while it's running do we get charged for it too!)

You can find the code for our Function in the PrettyWeather.Functions solution.

There's one Function involved and it calls out to the Dark Sky Weather API.

You may be wondering why don't we just put the call to Dark Sky right into the Xamarin app? There's a couple of reasons.

So ... if you want to reproduce this sample as is - sign up for a Dark Sky account - it's free. And then create a local.settings.json file that looks like the following:

Then you'll be good to go.

Invoking a Function From a Xamarin App

There is nothing special calling an Azure Function from a Xamarin application. It's the same as calling any web api.

That httpClient variable is of the type System.Net.HttpClient - new'd up with the default constructor. That's it. Done and done.

Now App Center. App Center is known for its DevOps functionality. You can hook it up to a source control repository and have it build on every push. Have it distribute to testers or the store. Have it track crashes and analytics. 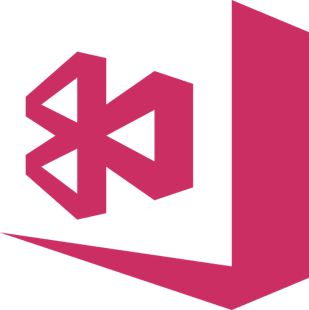 But recently App Center has been developing a Mobile Backend as a Service functionality that makes it easier to interact with Azure AD B2C for letting users create accounts and sign-in to your apps. They have also been working with Azure Cosmos DB to make it better to work with data - both online and off - seamlessly. Including having it work with with Identity so you can store personal data without having to worry about handling the tokens from the AD B2C instance yourself!

The MBaaS portion of App Center does have a bit of ceremony to setup - so follow the steps here for Identity. And here for Data. But once you're up and running interacting with them from a Xamarin app couldn't be easier. Seriously.

That first parameter specifies the ID to be used in Cosmos. The second one the object to store. Then the last one where you want to store it. If you use DefaultPartitions.UserDocuments, the App Center SDK will use the signed-in user from the Auth portion and do everything. You don't have to worry about handling tokens yourself.

Similarly to read documents for a particular user:

There's a bit more there - but that's because App Center returns data in pages - so it doesn't return everything all at once. But the key here is Data.ListAsync<CityInfo>(DefaultPartitions.UserDocuments); That's going to use the signed in user - and only return they're documents that match the CityInfo data type.

The App Center SDKs are awesome. Check them out.

So while you won't be able to build a cloud connected app in minutes - there are a ton of tools at your disposal to let you build one in a straight forward manner.

If you have any questions - reach out anytime at @codemillmatt - I'd love to hear from you!

CI with SonarQube and Flutter - Part 1

Once unpublished, this post will become invisible to the public and only accessible to Matthew Soucoup.