It is already my week 5 in Full stack camp which focuses on helping students to grow their technical skills. Here is what I learned in week 4.

What was I doing wrong till now☹️☹️

Earlier when I was starting to learn to code as everyone alike I started with C programming Language, but left it midway and moved to C++ and funny part is even left that midway and moved on to another language....

So basically I became Jack of all and Master of none..😅😅
That's the biggest mistake, before starting something first make sure that will it be relevant to what you are doing now or what you are gonna do in the future and above all if you are even interested in doing it, because if you are not you are gonna leave things midway and move on.

The main focus should be go slow and steady and finish the race and not run fast and stop midway...

What did I do this week🤨🤨

This week I learnt about API stands for Application Programming Interface.. Basically it is an interface to allow two applications to talk to each other.

I learned about fetching data from an External API and displaying it in my app... 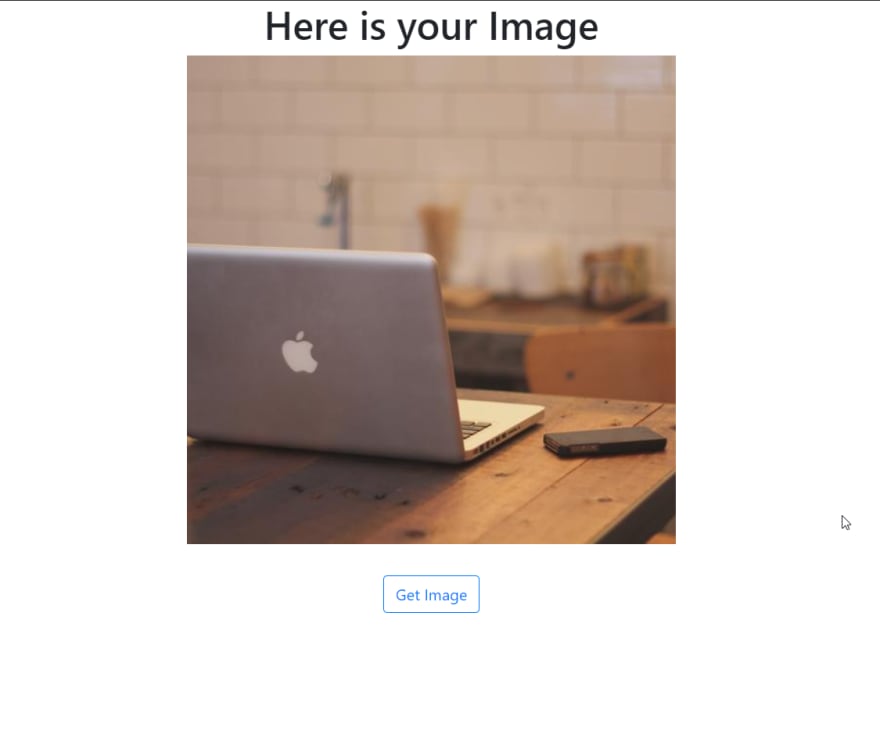 At first we would need a state variable for storing the image that is returned by the api and two more state variables for keeping the loading states and error states.

Now we would need to write a function to fetch the image from the picsum api and store the result in a state variable that we created:-

This uses the native fetch method to hit the picsum api endpoint which in turn returns the url.
Before starting the request we are setting the loading state to true so as to tell the application that we are doing something now.After fetching the result we would set loading state to false and set the image url in the image state variable that we created by using setImage(result.url).

Besides this we can also use async await syntax to do the same thing:-

Now we need to call this function only when the component initially loads, so for this we would use the useEffect() hook.

Here is the github repo and if you want to try it out Go Here..

That's it do connect with me on LinkedIn , Github ..

Once suspended, dpak1999 will not be able to comment or publish posts until their suspension is removed.

Once unsuspended, dpak1999 will be able to comment and publish posts again.

Once unpublished, all posts by dpak1999 will become hidden and only accessible to themselves.

If dpak1999 is not suspended, they can still re-publish their posts from their dashboard.

Once unpublished, this post will become invisible to the public and only accessible to Deepak Kumar.

Thanks for keeping DEV Community 👩‍💻👨‍💻 safe. Here is what you can do to flag dpak1999:

Unflagging dpak1999 will restore default visibility to their posts.