In Today's life knowing how to communicate with your computers is important. In, Earlier days, when there was no Graphical Interface(GUI), people used to interact with computers through commands or we can say they used to give certain predefined commands to perform certain tasks.But, in today's world everything has shifted to graphic based interfaces.Today's generation has just forgotten how powerful is command line and how much deep access it gives you over your machine.

Note : If you directly start messing with command line without it's basic knowledge you may end up messing up with some files which are not meant to be although command line do give alerts or ask for permissions but you know we don't have that much patience and we simply ignore that.

How to open command line(For Linux and MacOS)

You can use Ctrl + Alt + T to directly open terminal/Command Line. 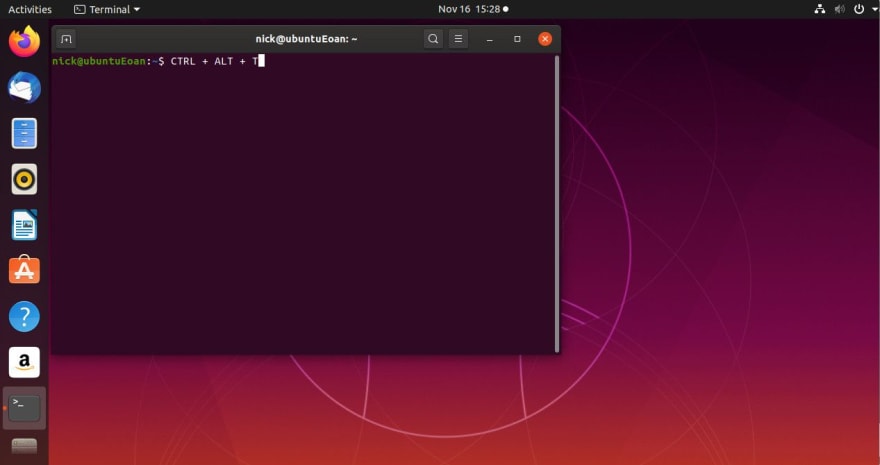 It, will look something like this depending on your Linux Distribution(In Screenshot Ubuntu(Linux distribution) is used).

Note : In taskbar pane you will see an icon something like the one shown in the following image. 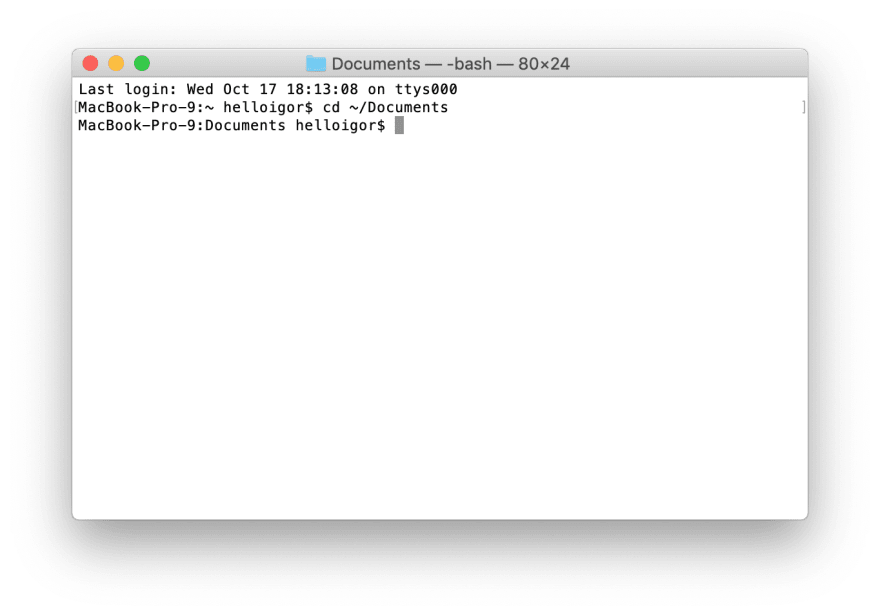 The app in Dock will look something like the one shown below.

So, now we are done with setting up part and now we will move on to learning the commands

Jumping off to commands in BASH

ls is one of the most used commands in bash command line.It helps us to list files of directory which we want to show.

echo is used to output text to screen and is typically used to print variables status or shell status to screen or a computer file.

Upto now we have seen some interacting commands and now here is another one to create a file of any type. Let's say you want to create a text file with name "myFile". So, you will write touch myFile.txt in command line. Also, it can be used in cases where we want to overwrite data or change timestamp of a file.

Here comes the another important command in bash that you will often use while working with directories that is pwd command. As, the name suggests it prints the current directory you are in.

mv command is another life saver while working with directories. Sometimes we want to rename a file then mv can be used. This command actually servers two purposes that is moving and renaming that purely depends on syntax you are using. If you are using syntax for renaming it will rename file else move it.

cp command is another life saver while working with directories. Sometimes we want to make a copy of file/directory then cp can be used. This command makes a copy of file(s)/directory(s)

In case Destination file/directory is not present it will create a new one else it will overwrite it.

Note : rmdir is used to only delete empty diretory(s). But, don't worry we have an alternate to remove non-empty directory(s).

It will remove b if it is empty and then removes a.

Here is the command which i was talking about earlier(rmdir). rm command is used to remove references to files, symbolic links and others. It is generally not used with directories, but in case of non-empty directories we use this command.

11. cat : Read a file, create a file, and concatenate files

exit command will terminate the shell and stop all the running tasks and if you are in remote SSH shell, it will log you out.

15. chmod : Sets the file permissions flag on a file or folder

There are situations that you’ll come across where you or a colleague will try to upload a file or modify a document and you receive an error because you don’t have access. The quick fix for this is to use chmod. Permissions can be set with either alphanumeric characters (u, g, o) and can be assigned their access with w, r, x. Conversely, you can also use octal numbers (0-7) to change the permissions. For example, chmod 777 my_file will give access to everyone. In previous command first 7 is for owner of file, second 7 is for groups, and third is for all others.

That's it for this blog.Thank you for reading this blog. If you found this blog useful so share it others, maybe it help them too. See you all in next one.

NIC Bonding and Everything you need to know using RHEL 9

Once suspended, dsc_ciet will not be able to comment or publish posts until their suspension is removed.

Once unsuspended, dsc_ciet will be able to comment and publish posts again.

Once unpublished, all posts by dsc_ciet will become hidden and only accessible to themselves.

If dsc_ciet is not suspended, they can still re-publish their posts from their dashboard.

Once unpublished, this post will become invisible to the public and only accessible to Neeraj Gupta.

Thanks for keeping DEV Community safe. Here is what you can do to flag dsc_ciet:

Unflagging dsc_ciet will restore default visibility to their posts.