If you want to try F# but without the project setup it requires, then you might try one these which are easier:

Try F# using the online dotnet compiler. Don't forget to choose F# from the language dropdown on the left-hand side.

To follow the rest of this guide, you will need to install dotnet cli.

You can write F# code interactively by using repl. The repl can be started by running dotnet fsi in the command-line. Each statement you write should be terminated with double semicolons. To exit the repl, type Ctrl+D. 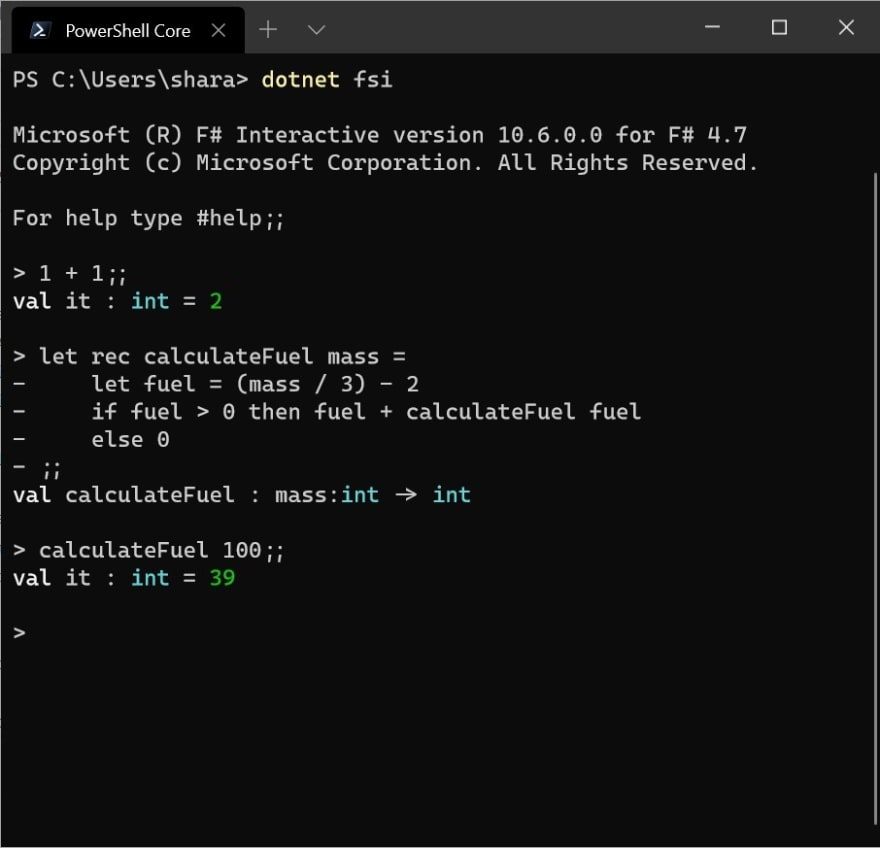 Typing directly into the repl can be hard, that is why F# lets you edit your code in a .fsx file with your favorite editor and load it in the repl afterwards.
To do this, run dotnet fsi --use:<filename> (Don't include < >).

Install Vscode and its Ionide extension. With this setup, you can highlight any code you want to test then hit alt-enter to send it to the repl. 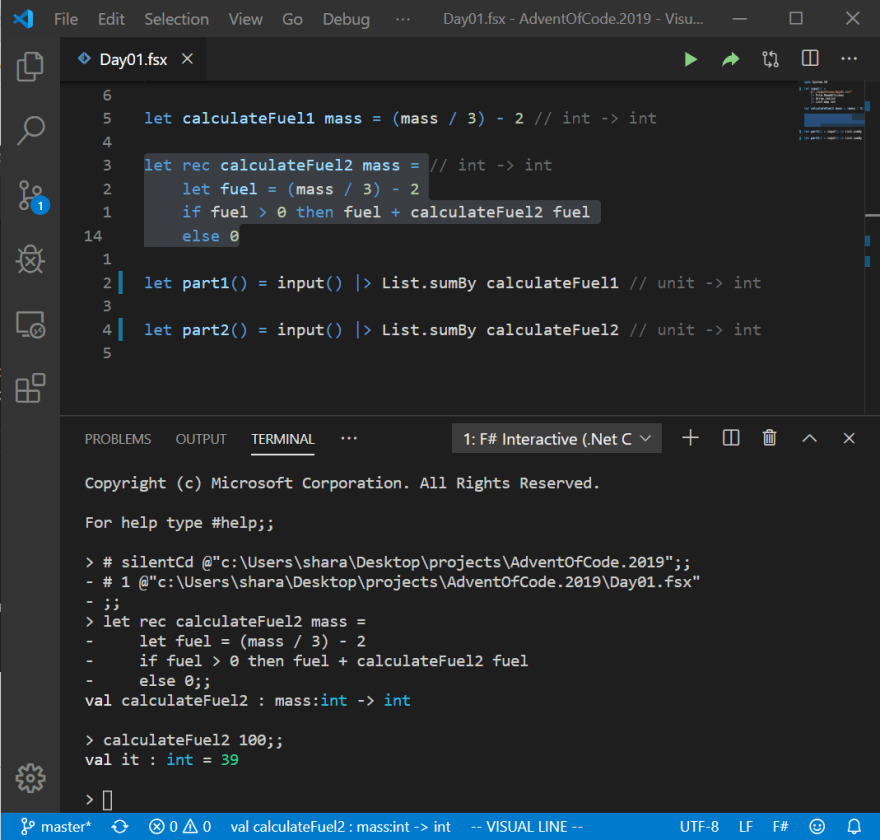 You could also use the arrow button in the top right-hand corner to send the whole file to the repl. 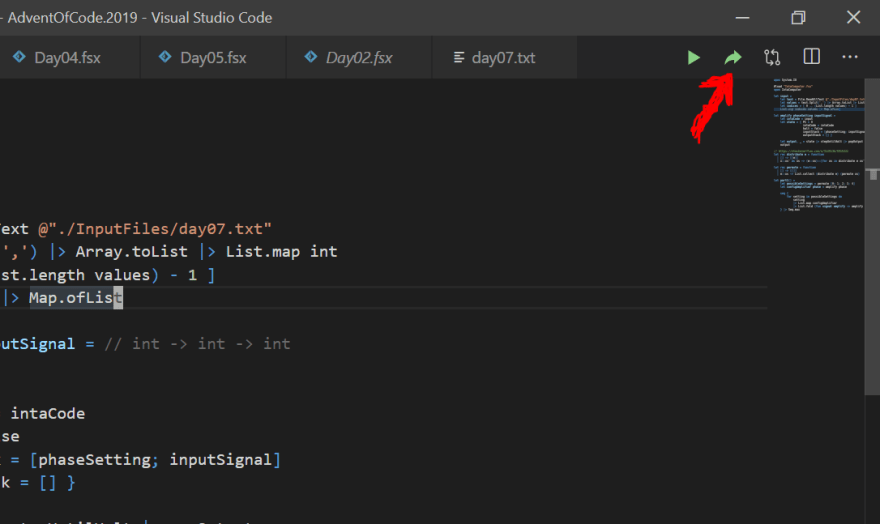 If you get fsi not found error, you can fix it by enabling Fsharp: Use Sdk Scripts in your Vscode settings.

To import some .fsx file into your other .fsxfile, you can use #load directive. For example, if you want to load B.fsx in A.fsx

Simple testing can be done manually via the repl. In the event you need to do several tests after each change, you might write your tests in another .fsx file. For Example, this is how I tested my code for day1 puzzle of advent of Code 2019

Next, we load our test file in the repl. Our tests pass when all bindings in our test file evaluate to true. Notice how F# let us write descriptive names using double backticks. 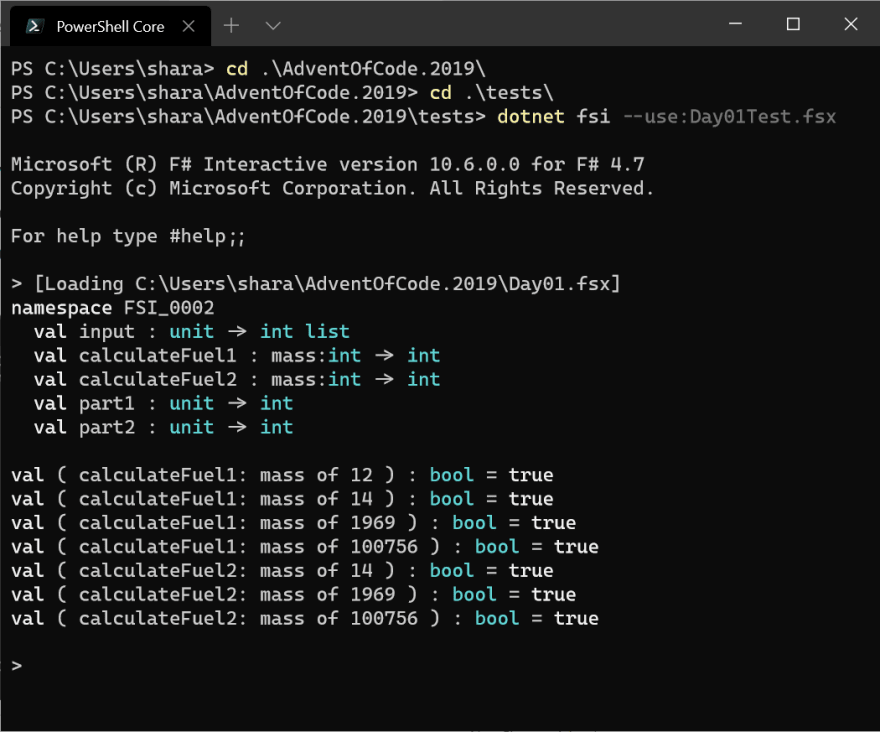 Once suspended, ducaale will not be able to comment or publish posts until their suspension is removed.

Once unsuspended, ducaale will be able to comment and publish posts again.

Once unpublished, all posts by ducaale will become hidden and only accessible to themselves.

If ducaale is not suspended, they can still re-publish their posts from their dashboard.

Once unpublished, this post will become invisible to the public and only accessible to Mohamed Dahir.

Thanks for keeping DEV Community 👩‍💻👨‍💻 safe. Here is what you can do to flag ducaale:

Unflagging ducaale will restore default visibility to their posts.