In this article, I would be integrating Continous Integration (CI) tools (Travis CI & Coveralls) to a Node API.

In my previous article, I talked about writing tests for node API with Mocha and Chai, and I am going to be building on the project used in that article. Find the link to the article below. 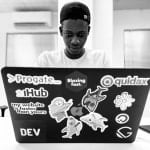 What is Continous Integration

Continuous Integration (CI) is a software development practice of integrating regular changes to a project via version control after which automated test builds are run. Each commits triggers a build process, during which tests are run to determine if anything is broken in the project.

Why is this necessary

CI tools are necessary for a project because it can help in quickly figuring out where bugs exist and also ensures quality code is been shipped/deployed.

Create an account on Travis CI, if you don't have one created yet.

Then select the repository you want to connect to Travis CI.

The next step is to create a .travis.yml file in the root of your project.

Then add the configuration below

After adding the configuration above to the created .travis.yml file, push changes to Github. After pushing, Travis CI would create a build and automatically run your tests. An example of a build is shown in the image below.

If you've made use of environment variables in your project, you can also add them to Travis CI by following the steps shown in the image below

Create an account on Coveralls, if you don't have one created yet.

Then select the repository you want to connect to Coveralls. An example is shown in the image below

Back in our project, install the dependencies below

After installing the dependencies, add the scripts below to the package.json file.

Note: You can run coverage locally by running the command npm run coverage on your terminal. Example of coverage report below 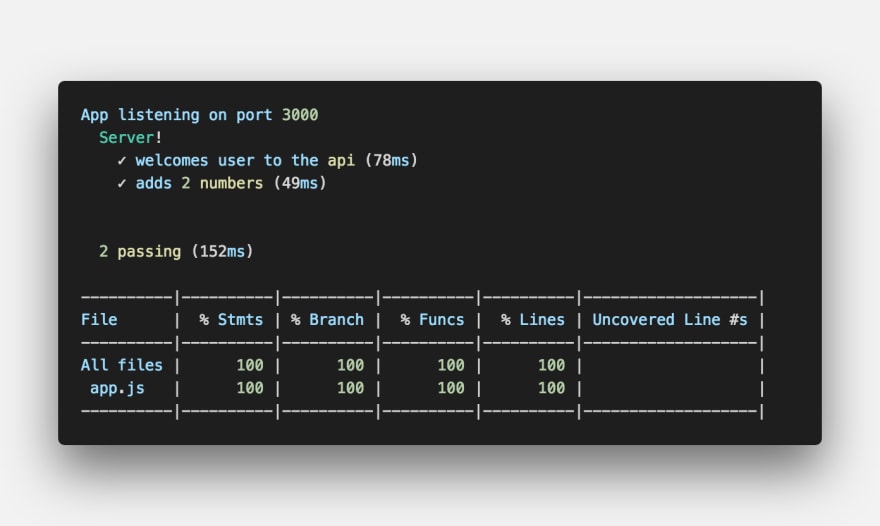 Then edit the .travis.yml file by adding the command below

After adding the configuration above, push changes to Github. After pushing, Travis CI would create and run the coverage after running the test. Once this process is completed, your coveralls dashboard would be updated.

Note: In cases where coverage does not reflect on your coveralls dashboard, create a .coveralls.yml file in the root of your project and add the configuration below and push changes to Github.

In this article, we have been able to look at how to integrate CI tools in our projects, and why it is needed to have them in our project.

If you have any questions or feedback about this article, feel free to leave a comment.

This article was originally posted on my blog

JavaScript News and Updates of March 2021