In earlier days, monolithic architecture was used everywhere. It was a single application which facilitate the all functions in the system. It was simple and easy to organize early. But when the systems get complex, developers had to face a lot of issues.

Lets take this taxi app(like Uber) architecture. It has a central application that handles every feature of the system. 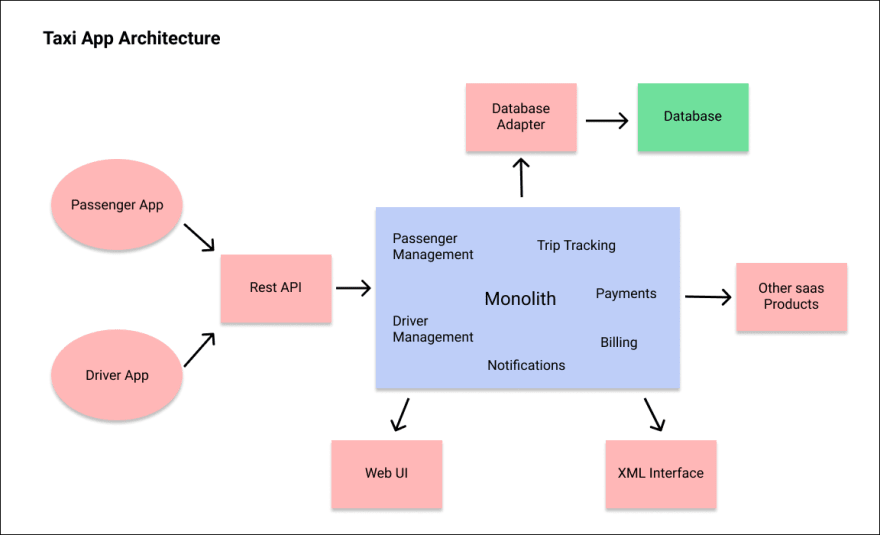 In early, most of the systems were developed in monolithic architecture. But with time, developers understood it would be easy if the application is more modular.

So they started developing separate applications with separate technologies, and infrastructures. With that, they could write and test modules separately and even scale.

The services were running on the same network and services communicated internally over the network.

But still, it had some kind of coupling between services.

Micro-services has hexagonal architecture. Which means a module can be plugged in anywhere, any application. They are more granular.

At runtime, each instance is often a cloud virtual machine(VM) or a Docker container.

Lets take the same example we got earlier. 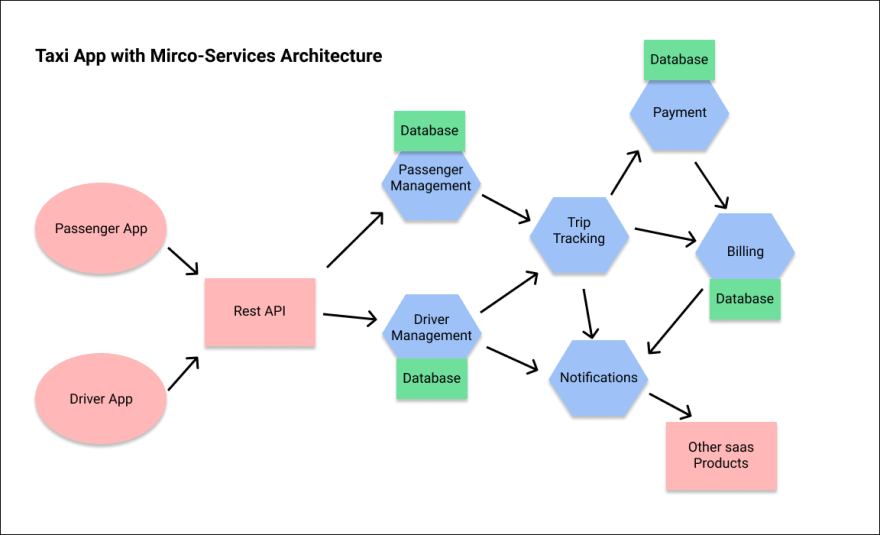 Enables the continuous delivery and deployment of large, complex applications and enables to organize the development effort around multiple, auto teams.

Developers must deal with the additional complexity of creating a distributed application.

Once suspended, edpchinthana will not be able to comment or publish posts until their suspension is removed.

Once unsuspended, edpchinthana will be able to comment and publish posts again.

Once unpublished, all posts by edpchinthana will become hidden and only accessible to themselves.

If edpchinthana is not suspended, they can still re-publish their posts from their dashboard.

Once unpublished, this post will become invisible to the public and only accessible to Pasindu Chinthana.

Thanks for keeping DEV Community safe. Here is what you can do to flag edpchinthana:

Unflagging edpchinthana will restore default visibility to their posts.