This article was originally posted in my blog.

This is the second post of a 2-part series in which we talk about the concepts of blockchain and smart contracts, clarifying what they are, how they work, what they are for, and how they can shape the future.

The first part of the series talks about blockchain; it is important to be familiarized with the concept of blockchain in order to fully understand how smart contracts work, so it would be fantastic if you could go back and take a look at the first post of the series 😉 Don't worry, I'll wait.

Oh? You're back? Did you read the blockchain article? Are you sure? Hm... 🧐

Okay, I trust you. Let's get started then 😄

What is a Smart Contract?

Smart Contracts are actually not that recent: in 1994, cryptographer Nick Szabo came up with the idea of being able to record contracts in the form of computer code. The main advantage of his idea and this approach was that the contract would be activated automatically when certain conditions are met. It seemed promising, however, it was a new concept that was difficult to execute and put in practice, due to the technology that existed back then.

The idea of smart contracts was finally able to be properly put into practice with the introduction of blockchain in 2009, and the creation of the first blockchain-based smart contracts came in 2015, after Vitalik Buterin created Ethereum. Besides currently being the second-largest cryptocurrency on the planet, it is also a platform that allows other blockchain applications to be built on top of it, providing you the ability to create your own smart contracts using Ether, their currency. 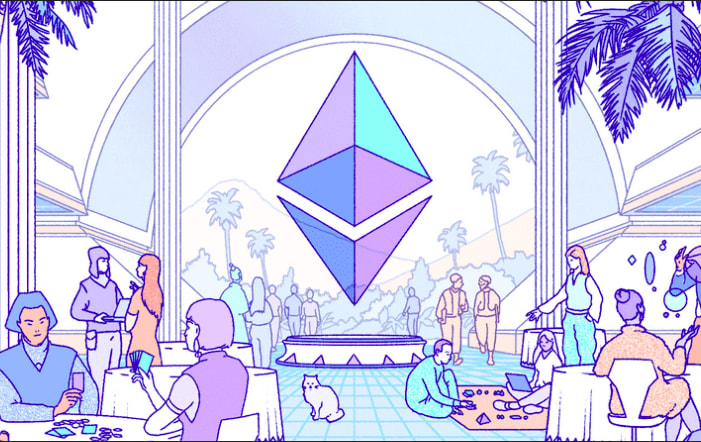 So, to put it concisely:

A smart contract is a computer program or a transaction protocol, which represents an agreement between two people or entities. They run entirely on the blockchain, and all transactions are processed there, without the need of a third party. The transactions only occur after the conditions in the agreement are met, and when that happens, they are performed automatically.

It can be seen as a kind of if-then statement: if and only if a certain condition is met, then the transaction or payment is executed. When that "if" condition is validated, the "then" statement is automatically executed, and there is no chance for changing or tampering with these contracts. That "if" statement can be, for example, an expiration date. 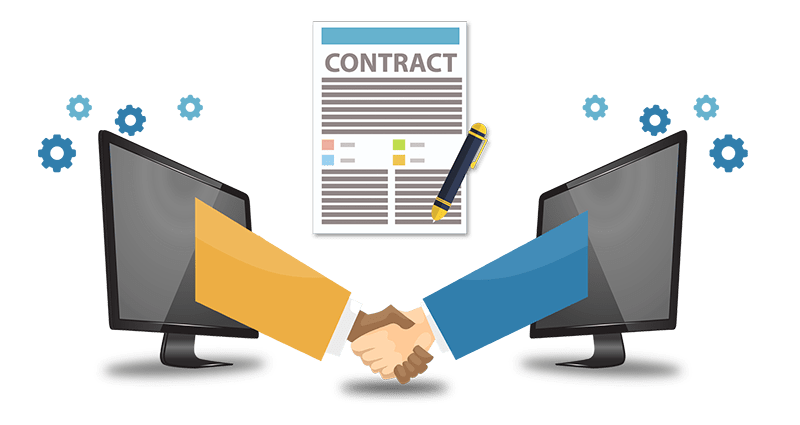 How exactly do smart contracts work?

Hopefully that gave you a better idea of what smart contracts are actually about, but let's try to understand exactly how they work. And for that, nothing better than a simple example 🙂

Let's say that Alice, who's been saving up for months, wants to buy Bob's car. Once they agree on a reasonable price, this agreement between both entities can be formed and saved in the Ethereum blockchain, for example, using a smart contract.

Bob has agreed with Alice that she needs to pay him 30 Ether in order for her to have the car.

The smart contract can then be described, in a very simple fashion, as:

"IF Alice pays Bob 30 Ether, THEN Alice will receive full ownership of the car." 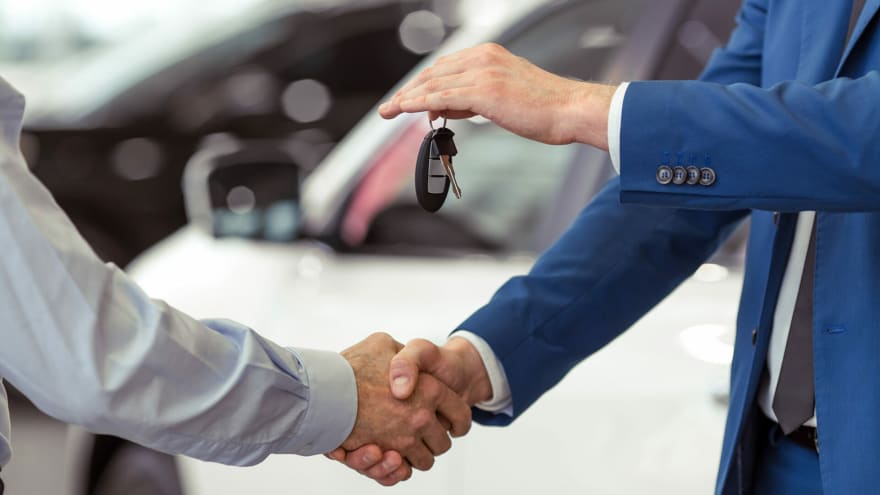 Alice and Bob then create the smart contract using the Ethereum platform.

Once this smart contract has been registered and put into place, it cannot be changed: there is no way that Alice can modify the contract and lower the price, and the same also applies to Bob, who cannot raise the price or change the benefits given to Alice after the payment.

Because of that, Alice can feel safe paying the 30 Ether to Bob, because she knows that she will for sure receive ownership of the car. Bob should be pretty relaxed too: he knows that Alice will only get the benefits if she pays the agreed fee of 30 Ether.

Now, let's think about what would need to happen if Alice and Bob did not decide to use a smart contract, and rather opted for the old-fashioned way.

Without the use of a smart contract, they would need to pay lots of fees to third-party companies, including the bank, a lawyer and a vehicle broker. The whole process would also take fairly longer to conclude, as opposed to using smart contracts: in that case, after Alice completes the payment, the transition of ownership would be automatic and immediate.

What is happening behind the scenes?

It all revolves around blockchain technology. The main advantages and characteristics of the blockchain are the keys to putting the idea of smart contracts in practice.

As mentioned in my previous post, blockchain platforms are decentralized, so they can be used to decentralize smart contracts and make them trustless, removing control from any central party (like banks, government, etc).

Smart contracts on the blockchain also take advantage of immutability and security, making them near impossible to hack for the same reasons explained in my blockchain post (it's still a good time to check it out! 👀). It is also a transparent and traceable process, meaning that all the information about the contract is easily accessible by the participants.

What are the main advantages and disadvantages of smart contracts?

However, they are not a perfect solution. Here are some challenges that come with the use of smart contracts:

Other problems may also arise, like legal issues related to how governments should regulate these contracts, how would they tax them, etc.

How are smart contracts being currently used?

The scenario of buying/selling goods, like the example that was given earlier, when Alice bought Bob's car, can be a common use for smart contracts but it is far from being their only application. Smart contracts can be used for any type of transaction; it does not have to be financial.

Let's see how some industries can benefit from the use of smart contracts, and some cases where it's already being used:

"Can I make a smart contract??"

If you liked the concept of smart contracts and want to get your hands dirty right away, fear not! Because getting started and creating your first smart contracts can be very simple.

Regarding the platform, unless you have any good reason not to, you should use the Ethereum blockchain. It is the most popular and the go-to option for building smart contracts and any application that relies on them. Smart contracts on the Ethereum blockchain can be written using their special programming language for smart contracts, named Solidity. Solidity is an object-oriented, high-level language, that is influenced by the likes of C++, Python and JavaScript, so if you already know some of these languages and are familiar with OOP concepts, learning Solidity shouldn't be too hard!

A great tool to get started with making smart contracts on Ethereum is REMIX IDE. REMIX IDE is a browser-based IDE that allows you to write Ethereum smart contracts without having to install anything on your computer.

After introducing the concept of smart contracts, Ethereum and Solidity, and the REMIX IDE, I now leave you a very simple tutorial on how to build your first smart contract using these tools and technologies, that I found useful for myself.

So that's it! That concludes the 2-part series that I have regarding blockchain and smart contracts, which I started working with recently and found very fascinating. They both have a lot of potential but there are some issues and challenges that need to be tackled before their mass adoption starts.

Hopefully you learned something with this, having given you the curiosity to take a deeper dive and explore more about these topics. Until next time!

Once suspended, eduardocribeiro will not be able to comment or publish posts until their suspension is removed.

Once unsuspended, eduardocribeiro will be able to comment and publish posts again.

Once unpublished, all posts by eduardocribeiro will become hidden and only accessible to themselves.

If eduardocribeiro is not suspended, they can still re-publish their posts from their dashboard.

Once unpublished, this post will become invisible to the public and only accessible to Eduardo Ribeiro.

Thanks for keeping DEV Community safe. Here is what you can do to flag eduardocribeiro:

Unflagging eduardocribeiro will restore default visibility to their posts.