This article was written by Erin Doherty and was originally published at Educative.io.

Model View Controller is a predictable software design pattern that can be used across many frameworks with many programming languages, commonly Python, Ruby, PHP, JavaScript, and more. It is popularly used to design web applications and mobile apps.

Today we will cover:

What is MVC Architecture?

The architecture components of the MVC pattern are designed to handle different aspects of an application in development. The MVC design pattern serves to separate the presentation layer from the business logic. 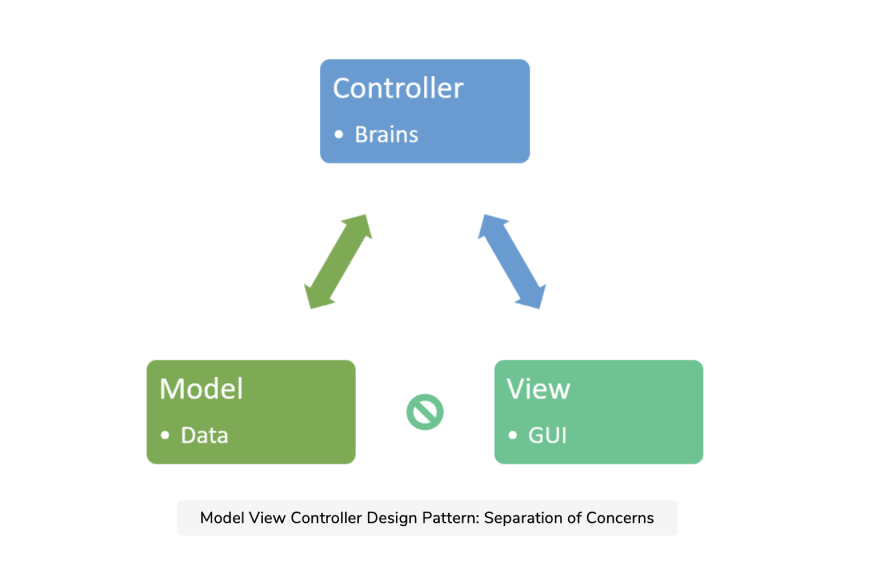 The Model View Controller architectural pattern separates concerns into one of 3 buckets:

Web App as a MVC 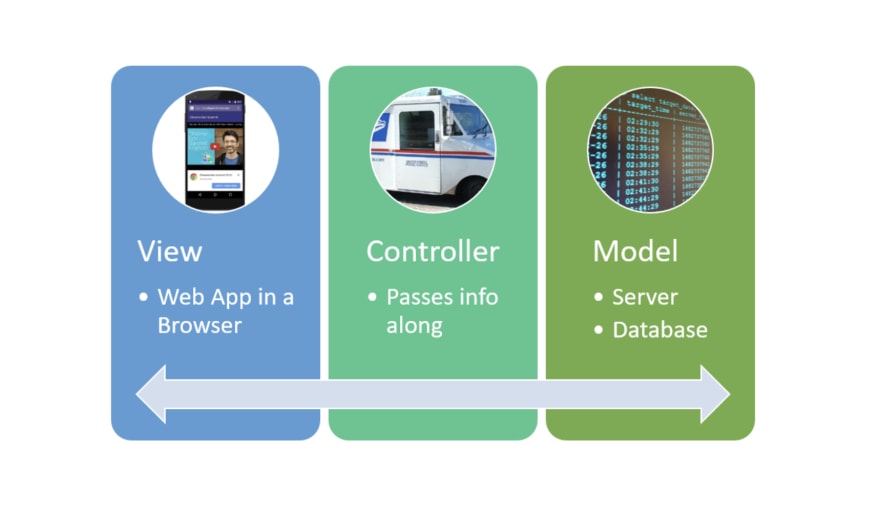 You can think of a web application as a Model View Controller design. MVC is popular in web applications, one of the reasons is because responsibilities are divided between the client & server.

MVC design allows for Separation of Concerns - dividing the logic up between the 3 buckets so that each bucket can act independently.

The model, view, and controller don't depend on each other. Why does this matter? Generally, software is worked on by teams - a team might have a designer, engineer, and database architect. Separation of concerns means each team member can work on their piece at the same time because logic has been separated into buckets. Separation of concerns is also great for maintenance - developers can fix a bug in one piece of code, without having to check out the other pieces of code.

Loosely coupled means that each piece: the model, view, and controller, act independently of each other.

Developers can modify one of the pieces, and the other 2 pieces should keep working and not require modifications.
When designing MVC software – the logic in each of the three buckets is independent. Everything in View acts independently of the model – and vice versa, the view won’t have any logic dependent on the model.

Making independent models and views makes code organization simple and easy to understand and keeps maintenance easier. Programmers can fix a bug in the view without changing the model code.

The picture above shows what happens in an MVC web app when a user clicks a button, from the perspective of the user sitting at the computer, looking at their browser. The same sequence of events is shown below in a software diagram - thanks to Apple here. 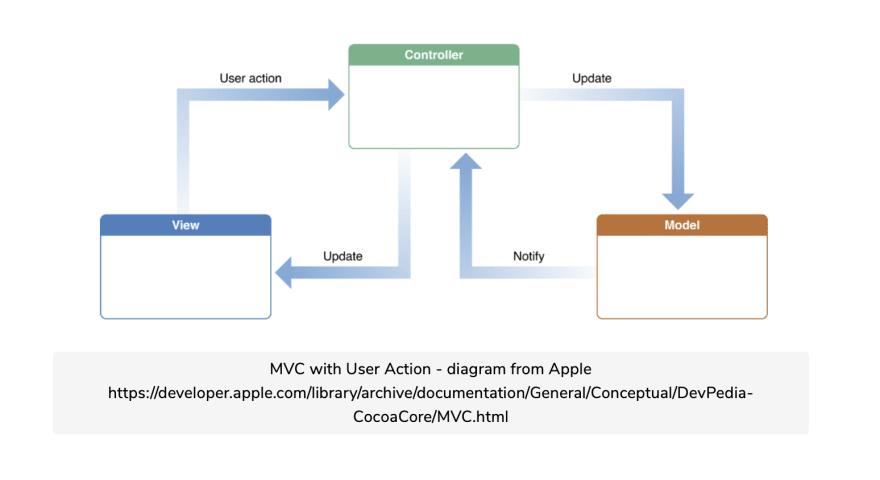 Now that you have a sense of what MVC, keep the learning going with these useful resources.

Common Mistakes by Django Developers and How to Avoid Them

29 Best Laravel Tutorials and Resources for Beginners in 2022