Displaying 'Hello, world!' is usually the first thing you learn (or get taught) when you're getting familiar with a new programming language.

An exception to that statement shows up when you start programming devices that aren't necessarily designed to directly print information on a screen, such as microcontrollers. That's why, in the case of Arduino, displaying 'Hello, world!' is effectively replaced with blinking a LED.

This is typically the first Arduino program (or sketch) that Arduino enthusiasts write (simpler code can be found in this official tutorial):

You can also find this code here.

Which means that an Arduino board with this program loaded would execute the following instructions indefinitely:

Understanding why using delay() is not always a good idea

So what's all this wording about? Is there something wrong the the blinking LED program shown above? No, absolutely no (and whoever tells you the opposite is a liar 😛). As in any other programming language, each Arduino program/sketch has a very concrete purpose, which in this case is serving as 'Hello, world!' or welcoming sample for beginners.

That example uses the delay() function in order to wait for things to happen for the sake of simplicity, but that's in general not a good pattern to follow.

The main reason for such a hard statement is that while your Arduino board is stuck performing a delay(), it cannot do (almost) anything else. In this tutorial in Arduino official page that is explained with the following example:

What you would do in real life would be to turn on the pizza, and then check your email, and then maybe do something else (that doesn't take too long!) and every so often you will come back to the microwave to see if the timer has reached zero, indicating that your pizza is done.

Another practical example can be:

You have two LEDs, a red one and a green one. You want your red LED to blink every 2 seconds, and your green one every 7 seconds.

If you use delay() method for your green LED, how is the red LED supposed to blink every two seconds if Arduino just waits doing almost literally nothing for seven seconds?

In short, delay() function in Arduino is (generally) not your friend.

Let's imagine that we are building a laser cutting machine as our side project and our aim is to control it using an Arduino board.

We want to be able to: 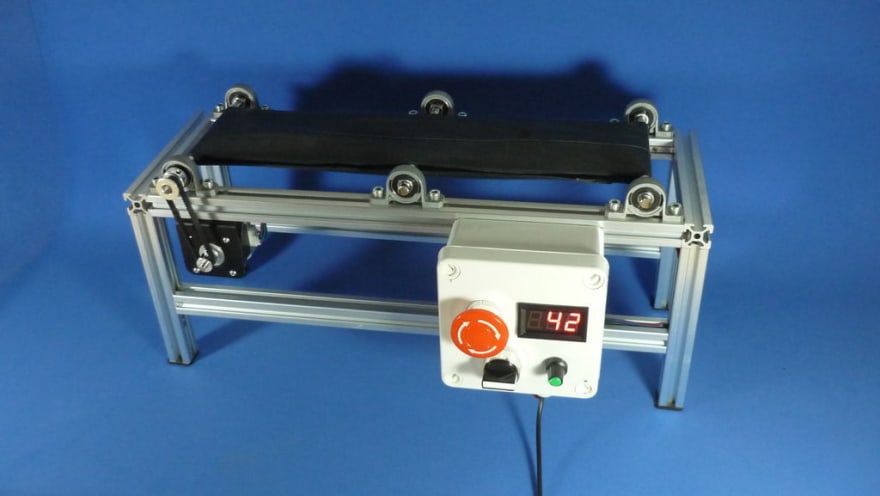 All the code that appears in this series is simplified so that it can be run without any actuators, just connecting your Arduino to your laptop, loading the sketch and looking at the serial monitor output. Pressing the emergency button can be simulated by sending anything through the serial port using Arduino's serial monitor window.

After analyzing our goal, one can conclude that it can be achieved by creating a state machine with three different states: 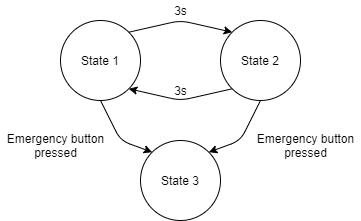 This first implementation uses delay() for handling the amount of time between states 1 and 2.

You can also find this code here.

The main issue with this piece of code is that when the microcontroller executes our delay(3000), it pauses the program for 3 seconds; therefore stop_in_case_of_emergency method is only invoked every 3 seconds, which implies:

Jump straight to Waiting in Arduino II: millis() function to the rescue to analyze a better way of coding this.

What if I told you, you can make static polymorphism with virtual functions?

Once suspended, eduherminio will not be able to comment or publish posts until their suspension is removed.

Once unsuspended, eduherminio will be able to comment and publish posts again.

Once unpublished, all posts by eduherminio will become hidden and only accessible to themselves.

If eduherminio is not suspended, they can still re-publish their posts from their dashboard.

Once unpublished, this post will become invisible to the public and only accessible to Eduardo.

Thanks for keeping DEV Community 👩‍💻👨‍💻 safe. Here is what you can do to flag eduherminio:

Unflagging eduherminio will restore default visibility to their posts.