How do we visualize pointers?

You can think of the table of contents in a book containing pointers to the chapters in that book. 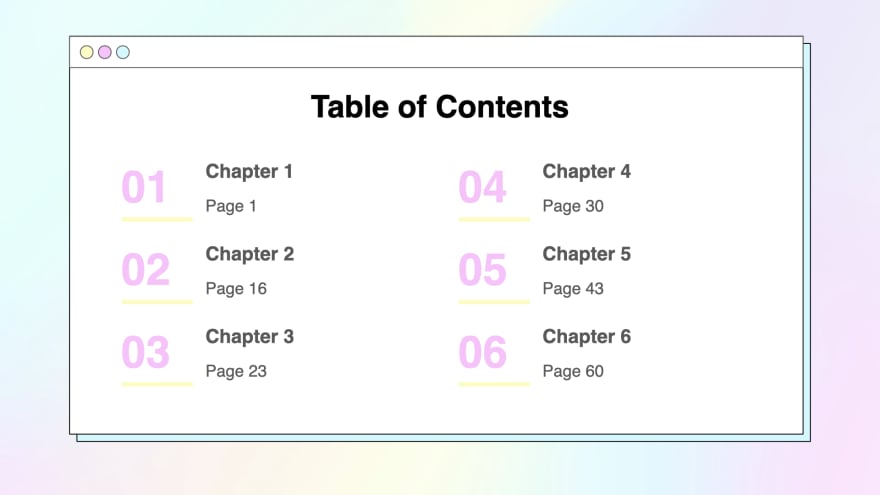 The table of contents in a book points you to where the chapters in the book are. The pointers don't actually contain the data they are pointing to.

In Rust, this type of pointer is a reference to some other data. 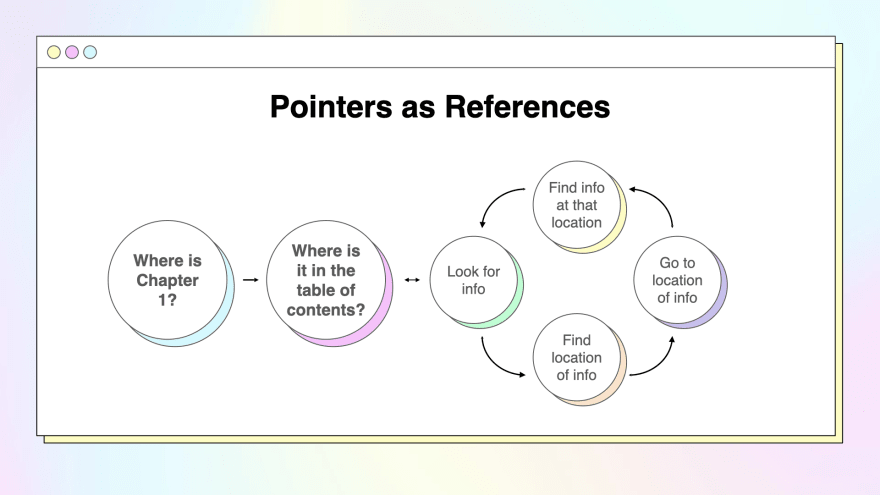 A reference to a location in memory that has been cleaned up is an invalid reference.

Using & or &mut points to memory owned by some other value.

If you try to make immutable and mutable references to the same value at the same time, your code will not compile.

Where does the idea of borrowing come from? You can reference values and make use of those references, but your use of these references is temporary.

When you have a reference to another value as the parameter of a function in Rust, you do not own that value, you're just borrowing it. When you borrow something, you have to give it back.

If you're borrowing a value at the start of a function, you have to give it back at the end of the function.

What if you need to reference part of something instead of the entire thing? This is where the slice type becomes useful. In Rust, you create string slices by writing &word[starting_index...last_index_plus_one]. 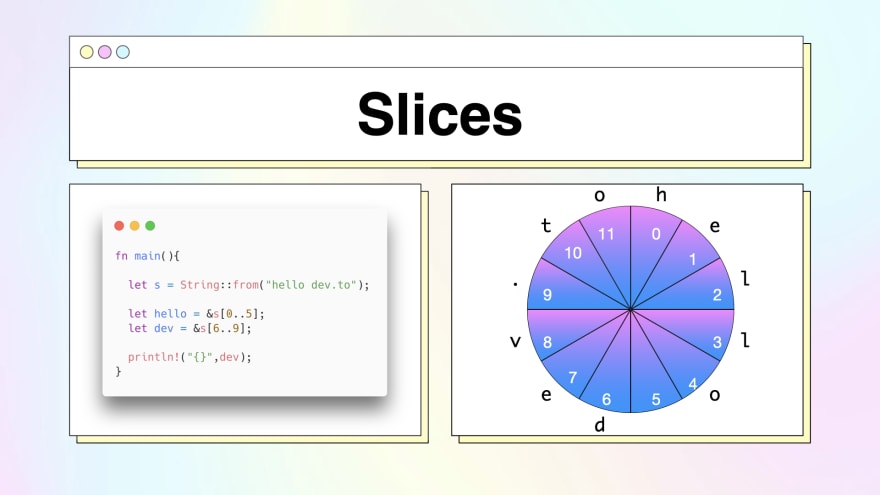 Thanks for keeping DEV Community safe. Here is what you can do to flag ender_minyard: