Solidity is a statically-typed curly-braces programming language designed for developing smart contracts that run on Ethereum. 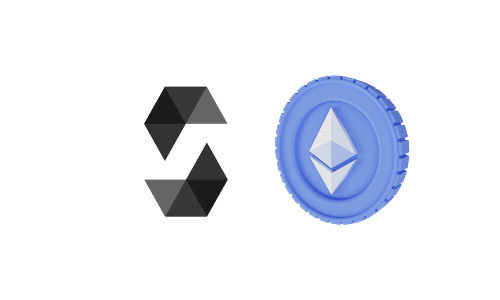 📍 What are Turing Machines and Turing Completeness?

To understand Soldity, we first have to take a look at Turing completeness and Turing machines. The term “Turing complete” itself hints at the origins of the concept of a Turing machine. As you may have guessed, the legendary Alan Turing had something to do with it. In his 1936 paper, “On Computable Numbers, with an application to the Entscheidungsproblem”, Turing imagined a machine that could solve any type of problem that humans are capable of solving. In short, a system of data-manipulation rules is seen as being Turing complete if it can simulate a Turing machine.

Well, a Turing machine was originally imagined as being an infinite tape divided into squares, on which you can write and read data. The data takes the form of 1s and 0s, or binary code, which the machine then interprets into a set of symbols. This finite set of symbols is known as the machine’s alphabet.

Ethereum is free and open-source software that runs on a decentralized network of computers. Being part of this network is voluntary. This network supports the Ethereum blockchain and ensures that programs called smart contracts are run using the voluntary participant computers or nodes.

Bitcoin started the crypto revolution, but Ethereum took Bitcoin’s initial blockchain thesis and ran with it. Ethereum goes beyond data validation and storage in distributed ledgers. Using Ethereum, many different transactions and high-level functions can be performed, using multiple currencies or tokens (including Bitcoin) across an entire network. This network ensures that the code is run equivalently and that the resulting states are recorded and validated via consensus.

📍 The Ethereum Virtual Machine or EVM

The Ethereum Virtual Machine (or) EVM is a virtual stack that is embedded within every fully participating node in the network, or Ethereum node, that executes contract bytecode. The EVM is a Turing complete system, which means it can perform any type of logical step associated with computational functions.

While Bitcoin provides rewards for running a transaction, Ethereum charges fees for executing software instructions. The gas mechanism in Ethereum lets users pre-pay for the instructions they want to execute on the EVM using Ether, its native currency.

EVMs are pretty versatile in that they can be implemented using JavaScript, C++, Ruby, Python, and a variety of other languages.

The contracts that are run using the EVM are written using Solidity. So, once and for all, what is Solidity? It is a high-level programming language that is compatible with how humans express instructions – using numbers and letters instead of binary code.

Solidity smart contracts are instructions that are then compiled to the EVM’s bytecode. The nodes in the Ethereum network, as mentioned, run EVM instances that permit them to agree on the execution of the same set of instructions.

Once suspended, envoy_ will not be able to comment or publish posts until their suspension is removed.

Once unsuspended, envoy_ will be able to comment and publish posts again.

Once unpublished, all posts by envoy_ will become hidden and only accessible to themselves.

If envoy_ is not suspended, they can still re-publish their posts from their dashboard.

Once unpublished, this post will become invisible to the public and only accessible to Vedant Chainani.