Recently I set out to see if I could get gulp to do all my front end “things” for me automatically. I had previously been using the VSCode task runner to transpile my scss or less files. But occasionally I’d run into issues on sites where another developer (or even myself at a previous time) had forgotten we were using a pre-processor and edited the main CSS file instead. And then we just end up with a mess between the pre-processor files and the transpiled files not being in sync. So why not minify? It’s good for site performance and if a developer opens the CSS file they will notice right away that it’s minimized and go look for the less/scss. And heck if I’m doing that why not add in an autoprefixer? And it’s always nice to have a sourcemap file to make it easier when you’re inspecting in the browser.

Install all the things

First things first. VSCode has a little bit on how a person might want to automate some processes and the first step is installing gulp.

Once you have gulp installed you’ll want to install the following other pacakges:

Require all the things

First in your gulpfile.js you will need to require all these nifty packages that you just installed: 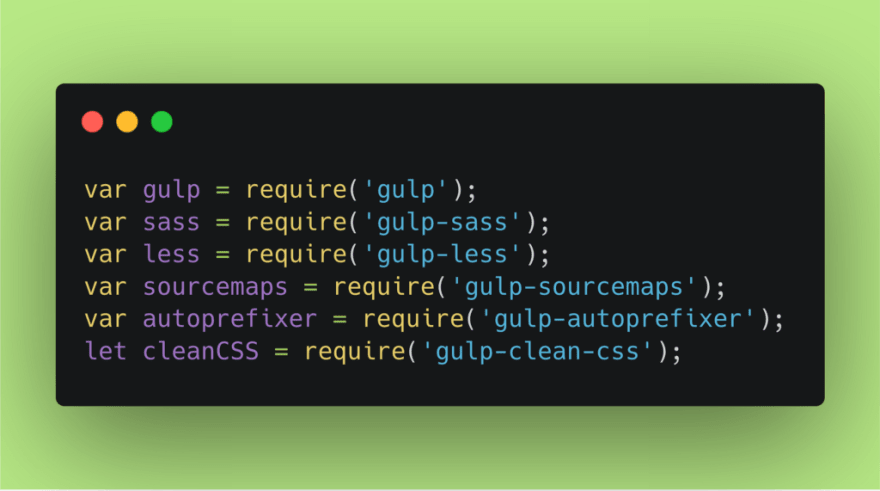 A list of the packages you need to require in your gulpfile.js

Where do the things go?

Follow that up with a couple variables which will hold your source and output locations for your front end files: 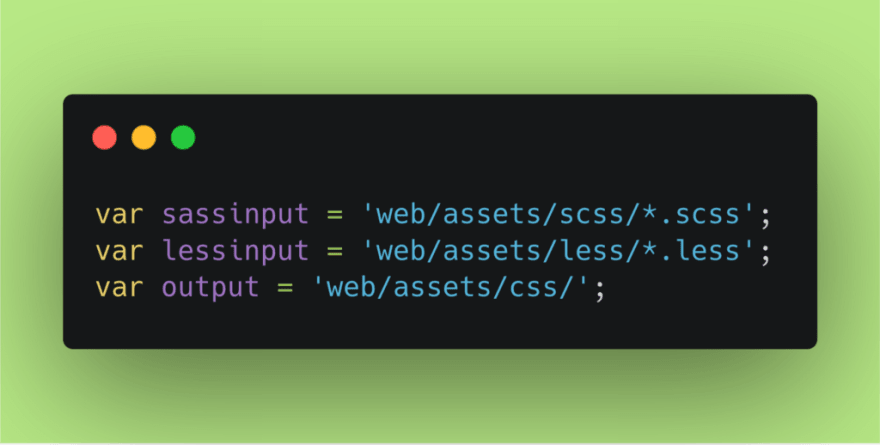 File locations for your sources and outputs 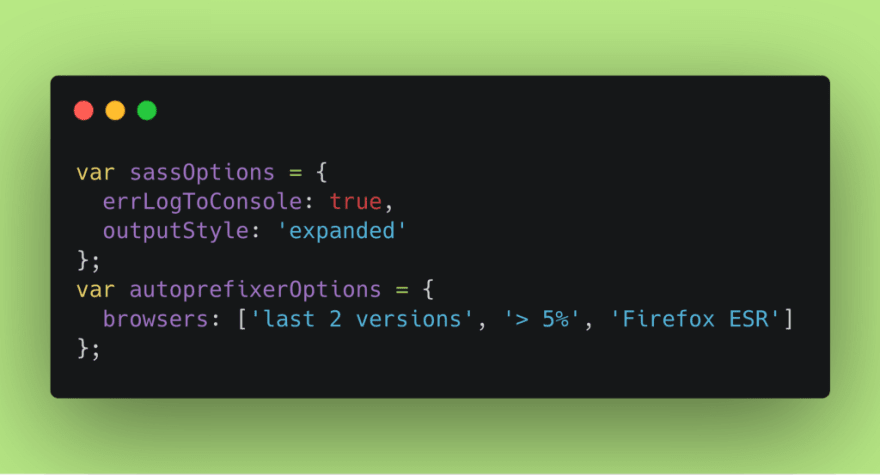 Now we need to set up a task to deal with sass files: 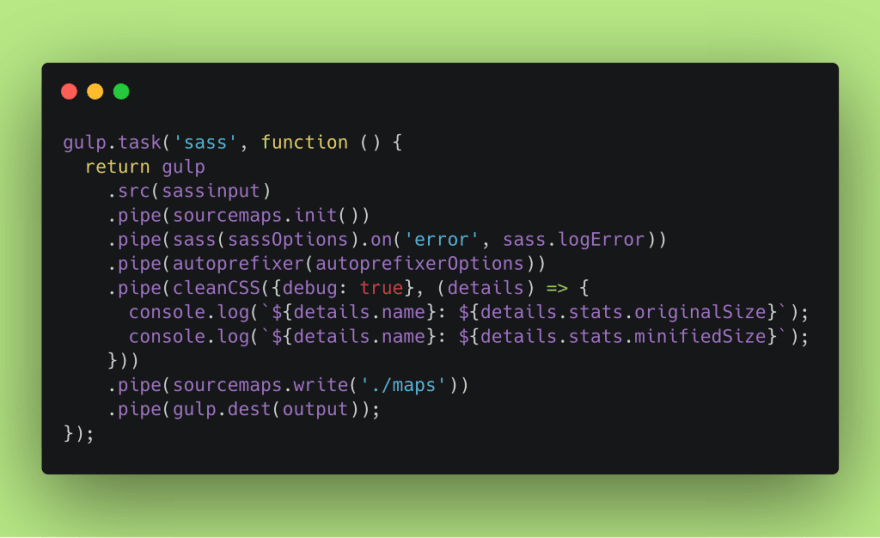 Let’s go line by line and see what’s going on here (this will be similar to the Less task further down the article).

After all that you should end up with a nice minified, prefixed CSS file as well as a sourcemap file.

Maybe you use less instead of sass, or you want to have both set up just in case: 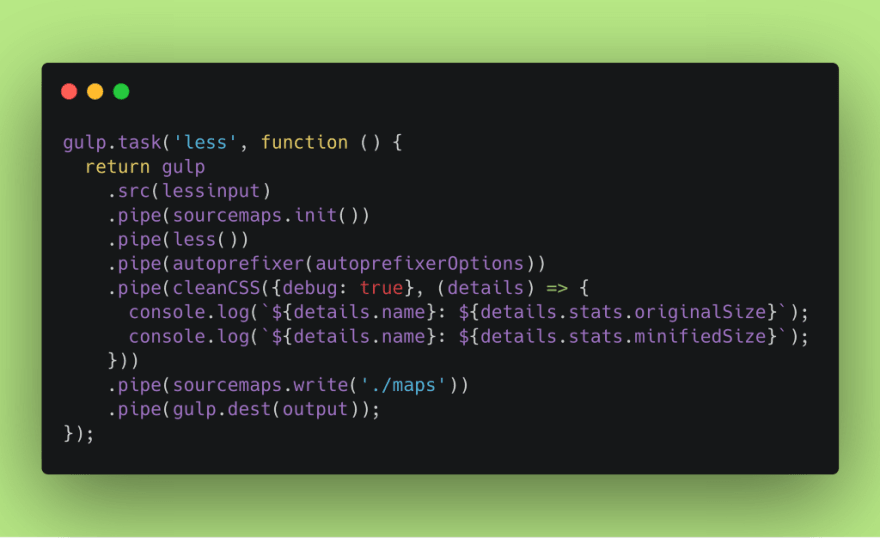 Similar to the Sass above

The Less tasks varies only in the input variable ‘lessinput’ the less package (line 5), and the name of the task (line 1).

Now that you have these tasks set up you can do a couple of different things. 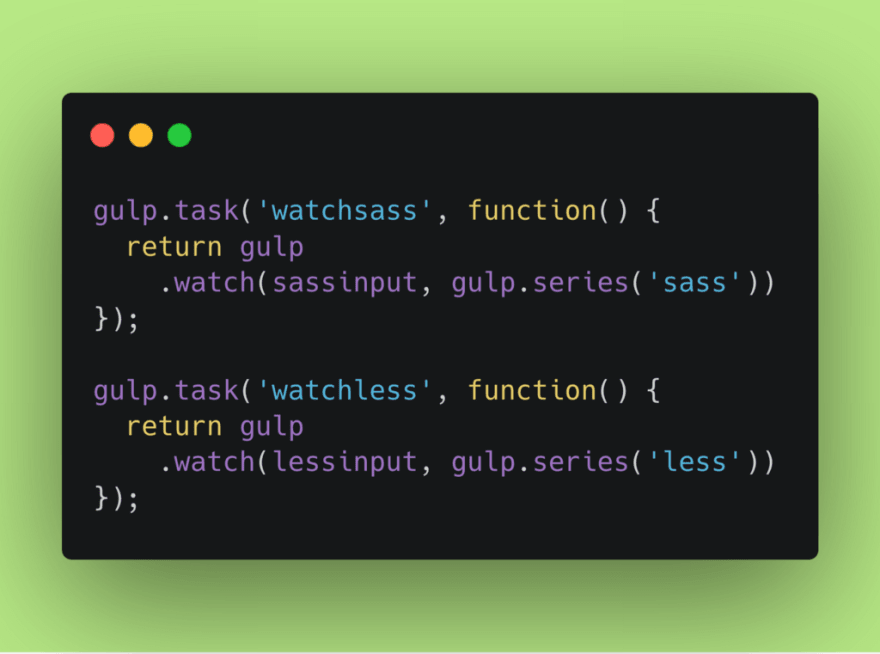 The first watch tasks watches for changes in the ‘sassinput’ directory and runs the ‘sass’ tasks if it sees your files change. And the second does the same for the ‘lessinput’.

To run this watch task:

Code all the things!

Now that you have everything set up, go forth and code all the things, save your file and rest easy knowing gulp is handling all the nit picky stuff for you.

What automated tasks have you added to your gulpfile, I’d love to hear?

My Brush with Analytics Engineering

I've learned React (after being in love with Vue)

How to re-open a repository cloned in a volume, from Visual Studio Code

VS Code Tip of the Week: Fonts for Languages

Once suspended, epicosity will not be able to comment or publish posts until their suspension is removed.

Once unsuspended, epicosity will be able to comment and publish posts again.

Once unpublished, all posts by epicosity will become hidden and only accessible to themselves.

If epicosity is not suspended, they can still re-publish their posts from their dashboard.

Once unpublished, this post will become invisible to the public and only accessible to Elise Gaetz Ferguson.

Thanks for keeping DEV Community 👩‍💻👨‍💻 safe. Here is what you can do to flag epicosity:

Unflagging epicosity will restore default visibility to their posts.