NOTE: this post was written a few days after the first public Sorbet release (on 2019-06-20). If you're reading this months after that happened, most of the things described here could be no longer relevant.

Stripe has finally open-sourced their long-awaiting static type checker for Ruby—Sorbet. I've been waiting for this for more than a year since it was first announced. 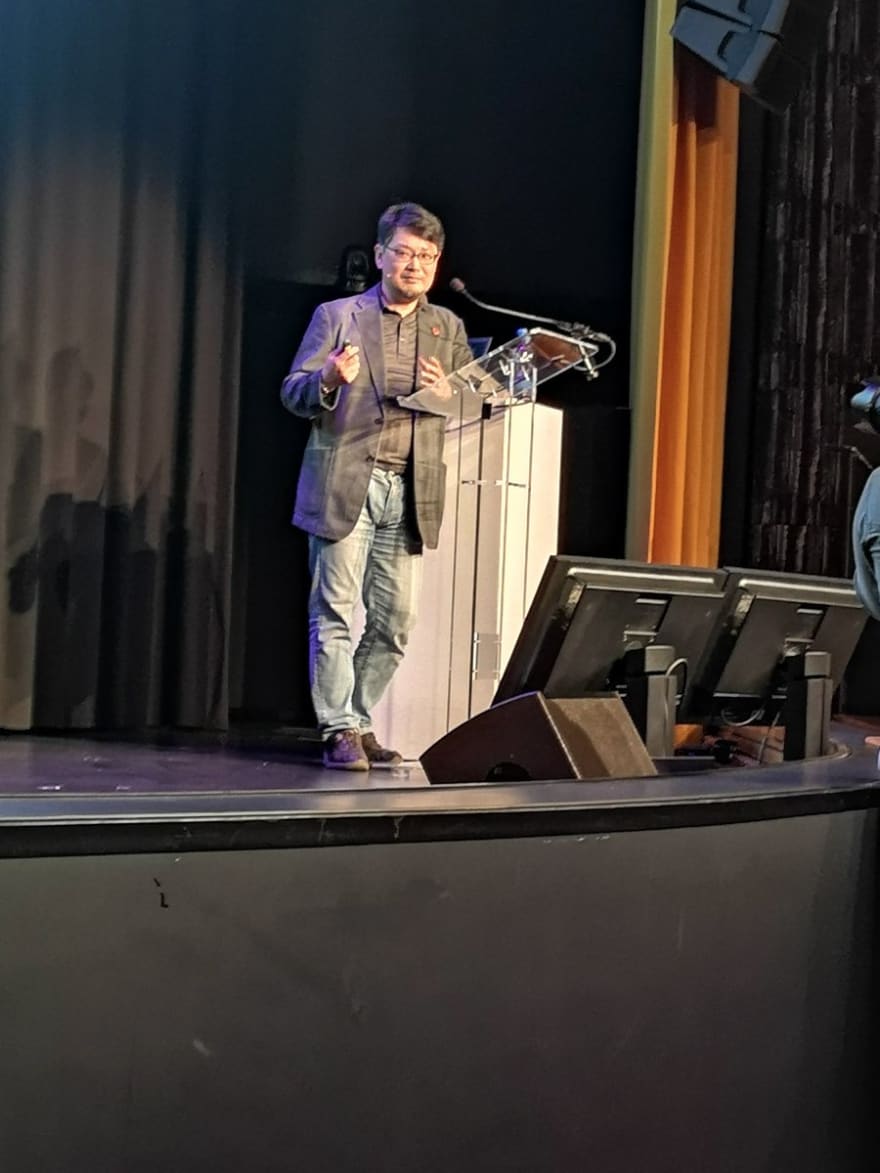 But as a member of Ruby community, I'm glad to see something like this happening: this is a huge leap forward for Ruby itself (especially, compared to other evolutionary features like operator). Stripe team did a great job 👍!

After reading about Brandon's first impression (highly recommend to check it out), I decided to give Sorbet a try and integrate it into one of my gems.

tl;dr type checker works great, but not ideal; annotations are ugly; tooling leaves much to be desired.

I decided to use rubanok for this experiment: it's the simplest gem of mine in terms of the amount of code and metaprogramming.

You can find the adoption PR here: https://github.com/palkan/rubanok/pull/5.

The first phase of the adoption is to add sorbet gem to the bundle and generate all the required files (read more and see the screenshots of this process here).

Unfortunately, it didn't go so well:

RSpec Rails refers to Rails constant in its code but doesn't require rails anywhere in the code (it should be somewhere here).

As far as I understand, Sorbet evaluates each file for building .rbi configs for your bundle and it doesn't know how to handle such exceptions.

That's an edge case that should be solved at the rspec-rails side (would you like to open a PR?).

There is a similar open issue regarding optional dependencies as well.

Adding rails as a dev dependency helped to solve this issue (honestly, don't why 🤷‍♂️).

After that, a new folder, sorbet/, appeared in the project directory with a bunch of .rbi files:

As the documentation suggests, you should put this directory into your version control system. Even though type signatures are not so heavy (as node_modules/, for example), I hope this will change in the future. The raw size (w/o .git/) of rubanok increased by 2.1MB, from 124KB to ~2.2MB.

When you first run the type checking command, you should not see any errors:

That's because Sorbet adds the # typed: false magic comment to all the source files by default. This strictness level only checks for critical problems (constants, syntax, invalid signatures).

Gradual type checking implies that you make your source code type-aware step-by-step by changing # typed: false to # typed: true (or even # typed: strong).

I started by enabling type checks for the core Rubanok class—Rule:

That's strange; I don't have duplicate method definitions, RuboCop could catch this easily. What made Sorbet think so? This:

Looks like Sorbet doesn't recognize anonymous modules and treats their contents as the "parent" module contents. Hopefully, it seems to be an easy fix and a good first contribution: 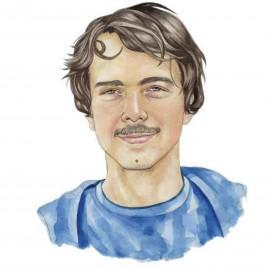 Thank you for a great issue report with a great reproducer! For those interested to contribute, this should be super easy to fix: https://github.com/sorbet/sorbet/blob/master/dsl/ClassNew.cc is already handling Class.new, it should additionally handle Module.new.

Note that this problem has nothing with refinements themselves (although I think they are not supported at all and will not be anytime soon).

I quickly fixed this by moving the refinement outside of the Rule class. That made it less clear why and where we need this refinement. The code became a bit more entangled. And that's just the beginning...

After toggling # typed: true for another class, Plane, I found another interesting case:

Is this a bug? Don't think so: as far as I know, the only case when superclass returns nil is BasicObject. Or if we redefine the .superclass method 😜

The suggested solution—using T.must(superclass)—is not a good fit: I don't want my code to have dirty hacks only to satisfy the type system.

I've tried to make Sorbet happy the other way—by unwrapping the superclass value:

That didn't have any effect—still the same errors. I've tried again:

Still the same :( The last attempt (I thought):

But why it cannot infer the superclass class from the x <= Plane check?
If you check the complete list of constructs that affect Sorbet’s flow-sensitive typing, you can find that only Class#< is supported but not Class#<< 🤷‍♂️

OK. Let's replace x <= Plane with x < Plane (this is actually a breaking change: someone could define global rules on Rubanok::Plane class itself, which is not a good idea but...).

Adding signatures for Rule and Plane went pretty smooth (LOC increased from 159 to 196). And I didn't have to change any code.

Then I turned on type checking for DSL modules, Mapping and Matching.

These modules implement the particular Rubanok transformations and extend the Rubanok::Plane class.

The first problem occurred with a pretty standard Ruby code. Here is the simplified example:

Seems legit: do not allow passing an arbitrary hash as the known keyword arguments.

Let's try to add a signature for the #map method using shapes:

This Got T::Hash[Symbol, {activate_on: T::Array[Symbol]}] looks suspicious. Where did it found a hash with Symbol keys? No idea.

I gave up and duplicated the keywords for the #map method:

This doesn't seem right to me: now I need to think about keeping these signatures in sync in three different places (the type checker will definitely help here), there is a chance that I will lose this very crucial activate_on: fields default value (the type checker cannot help here).

If you know how to add signatures without changing the code itself—please, leave a comment!

The second problem with modules relates to the fact that they are only meant for extending the Rubanok::Plane class; thus they "know" a few things about the Plane API and use it. For example, they use #rules method:

Sorbet has no idea of our intent; hence, it reports this error:

I couldn't find anything similar to this situation in the docs, only the section devoted to interfaces turned out to be useful: I marked the module as abstract! and defined an abstract #rules method:

It made this error disappeared. Bonus: see what happens if you remove or rename the Plane.rules method:

Metaprogramming is what makes Ruby such a powerful language (and makes me love Ruby).

Ruby without metaprogramming is not Ruby.

On the other hand, this is one of the things that makes static type checking so tricky. I don't expect a type checker to be so smart and know how to deal with any meta stuff; I only need from it a canonical way to handle the situations like the one described below.

The #match method provided by Matching module generates dynamic methods, which rely on a couple of Plane instance methods:

The trick with adding abstract methods didn't work out (since we need to add instance methods, not singleton ones).

I didn't find anything better than adding a custom RBI file to the repo:

Yet another hack. "Enough," I thought, and didn't even try to enable type checking for Rails controller integration concern.

* I tried to check how hidden definitions work with a more straightforward example:

So, Sorbet found this define_method. And, for some reason, it also changed # typed: true to # typed: false. After turning it back, I got:

As we see from the error message, Sorbet treats #xx as a class method. There is a relevant open issue: #64.

So far, I only tried to make static checks pass but haven't tried to run the code:

Right, we have signatures in our code, which we haven't loaded yet.

I added the require "sorbet-static" line to the main project file. And I was a bit surprised:

My bad: I assumed that you could use Sorbet without runtime checks and that's what sorbet-static gem is for.

As it turned out, there is no way to avoid sorbet-runtime if you have signatures in your code.

I started to hate type annotations more: I don't want to add an additional dependency to the gem, even if the overhead of type checking is <10% (which is still more than 0%):

@cm_richards @sorbet_ruby @_solnic_ @stripe We run it in production. We measure overhead. We page if overhead is >=7% of cpu time.

OK. Let's play this game 'till the end.

After adding sorbet-runtime I was able to run the code and even caught one "problem":

Why didn't static analysis caught this?

I'm a heavy user of binding.pry.

When I was debugging the code with type signatures, I found it's very hard to step into the method:

Can you find where is the original method hiding?

In conclusion, or it's just the beginning

Sorbet is one of the most important things that happened to Ruby in the last few years.

But it's still far from bringing the development happiness. And it's you who can help it become better: give it a try, report issues or say "Thanks!" to people behind it (e.g., Dmitry Petrashko and Paul Tarjan).

Will I use Sorbet?

Likely, yes. But only in the way described below.

After adding all the signatures to the codebase (full adoption), I want to be able to dump them into a .rbi file and clean up the codebase. Thus, my Ruby code stays the same: less verbose and more readable.

That should break neither static nor runtime checks, i.e., if sorbet-runtime is loaded, runtime checks are activated, otherwise—not. Static checks should work just because of the presence of the RBI files.

P.P.S. I want to try to adopt Steep as well and compare the process to the one described above. We'll see which one I like more.

How to Seed Data Fast with the Faker Gem ⚡️🏃🏻💨

What are some of your biggest questions about Ruby on Rails? Answer to be featured on our podcast 🎧