Derrick Wadek is a gifted full-stack Android engineer with a wealth of experience and wisdom to share. He wrote this excellent guide on Java debugging to remedy complex race conditions.

How many days off have been marred by debugging race conditions and deadlocks in complex multithreaded, Java code? You’ve probably vowed, Never again and embarked on a quest to always catch race condition errors early by writing tests and debugging.

Multithreaded applications are a great way to improve performance, but they also make routine tasks like debugging a little more complicated. In this tutorial, you’ll learn an overview of what race conditions are, what multithreaded Java code is used for, and finally how to debug race conditions in Java using a few different methods.

Multithreading is the ability for a program to run two or more threads concurrently, where each thread can handle a different task at the same time.

More specifically, a program is divided into two or more sub programs, which can be implemented at the same time in parallel:

Benefits of a Multithreaded Application

By default, all your program code runs on the main thread, which means if you have a 4-core CPU, only one core will be used to execute your code. This means that code will be executed one after the other, and only until the previous program is finished will the next be executed. On the other hand, if you use multithreading with three threads running concurrently, each thread will occupy separate cores and the program will be executed in parallel, reducing the amount of time to execute your program.

The following is a simple program that computes flight charges for each flight category. The category will be checked and a charge set on each.

Observe the time it took to execute it.

It took roughly 443 ms to execute this simple program. Now repeat the same process using multithreading as shown below:

It only took 150 ms to execute the same program! For a simple program like this, this might not seem much, but the more complex a program gets, multithreading becomes crucial to performance.

Concurrency greatly improves performance but at the detriment of debugging. Why? Because it’s easy to catch errors in a single thread but notoriously difficult to replicate bugs when tracking multiple threads.

Take, for example, the previous code that simply computed flight charges depending on flight categories. When logging the code, it will take some time to check the category of flight and set charges to it. The extra time could often fix the issue—most multithreading bugs are sensitive to the timing of events in your application, so running your code under a debugger changes the timing. Your debugger may fail to replicate the bug.

The bottom line is that multithreading is an important and useful aspect of development, but comes with its fair share of challenges.

What Are Race Conditions?

Detecting race conditions is particularly difficult. A race condition is a behavior that’s dependent on a “race” between two threads as to which one will be executed first. Two or more threads access the same variable or data in a way where the final result stored in the variable depends on how thread access to the variable is scheduled.

Thread (t1) in the FlightCategoriesMultithreading.java example above will certainly finish first in most ideal situations and this will be your expected result. The problem occurs in rare cases when one of the remaining threads (t2 or t3) finishes first. In a more complex multithreaded application running hundreds of threads, this is a potential debugging nightmare and replicating these bugs would be hard!

Essentially, the two threads read and write the same variables or data concurrently instead of consecutively, using either of these patterns:

Because the thread access to the variables or data is not atomic, it can cause some issues. Here’s a diagram to illustrate this: 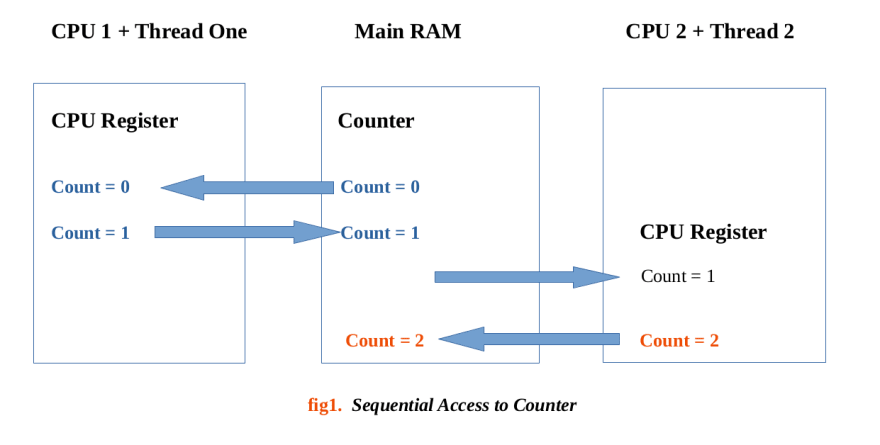 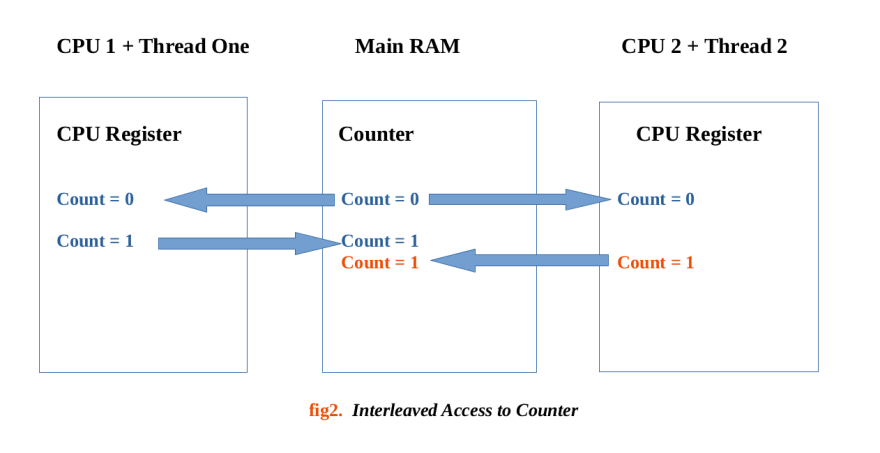 As an example, the following code snippet simply iterates over the counter a million times and prints out the value of both threads to the console:

How to Prevent Race Conditions

A critical section is where the race condition occurs.

How to Call a Service from a ROS2 Launch File

Once suspended, eyalk100 will not be able to comment or publish posts until their suspension is removed.

Once unsuspended, eyalk100 will be able to comment and publish posts again.

Once unpublished, all posts by eyalk100 will become hidden and only accessible to themselves.

If eyalk100 is not suspended, they can still re-publish their posts from their dashboard.

Once unpublished, this post will become invisible to the public and only accessible to Eyal Katz.

Thanks for keeping DEV Community 👩‍💻👨‍💻 safe. Here is what you can do to flag eyalk100:

Unflagging eyalk100 will restore default visibility to their posts.