All companies have long-term and short-term plans. Especially, big companies like Walmart must make sure about the effectiveness of future plans. Sales forecasting is one of the very important plans because it gives idea to the company for arranging stocks, calculating revenue and deciding to make new investment. Another advantage of knowing future sales is that achieving predetermined targets from the beginning of the seasons can have a positive effect on stock prices and investors' perceptions. Also, not reaching the projected target could significantly damage stock prices, conversely. And, it will be a big problem especially for Walmart as a big company.

Walmart began recruiting competition for store sales forecasting on Kaggle. As a Module 4 project of Flatiron School Data Science Bootcamp, I worked on this competition. The reason for choosing this project is to learn more about time series models and to learn deeply which parameters effect sales forecasting. My previous work before bootcamp was about sales, so I also would like to observe my seasonal effect experiences scientifically.

The data was obtained from Kaggle. In the data, there are mainly weekly sales of departments and stores, holidays, type and size of stores and some external features such as consumer price index, fuel price, temperature and unemployment rate.

Main Challenge of This Project

The main challenge of this project for me is seasonal sales. Some seasons have higher sales values like Thanksgiving, Black Friday and Christmas. These seasonal effects make the data highly non-stationary. Dealing with non-stationary data is not easy. There are many ways to solve this problem.

The best solution which I found for making my data more stationary is that I took differences of consecutive terms and used this more stationary data for modeling. From the below graph, it can be seen easily how my data is non-stationary. I improves this also with Adfuller test. Details about Adfuller test can be found here.

The metric of the competition is weighted mean absolute error (WMAE). Weight of the error changes when it is holiday. It calculates the error of holidays 5 times more than normal days such as if I predict 50$ wrongly for usual days, it means 250$ error for holiday predictions. I think, Walmart wants to give weight for true holiday predictions because holiday sales are more higher and important than usual times. Details of metric can be found in this link.

After trying some machine learning and time series models, I found best results with Exponential Smoothing(Holt-Winters) which flattens the trend of data. My best error value is 821. If we assume our weekly sales averages between 18000-20000 dollars, it means my model can predict future sales of Walmart stores with 4% error. 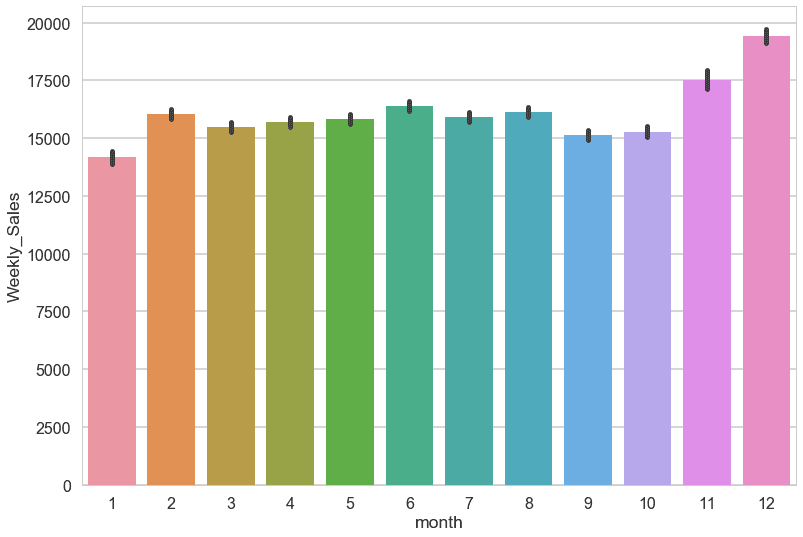 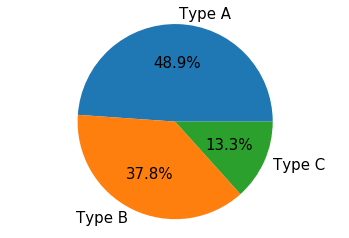 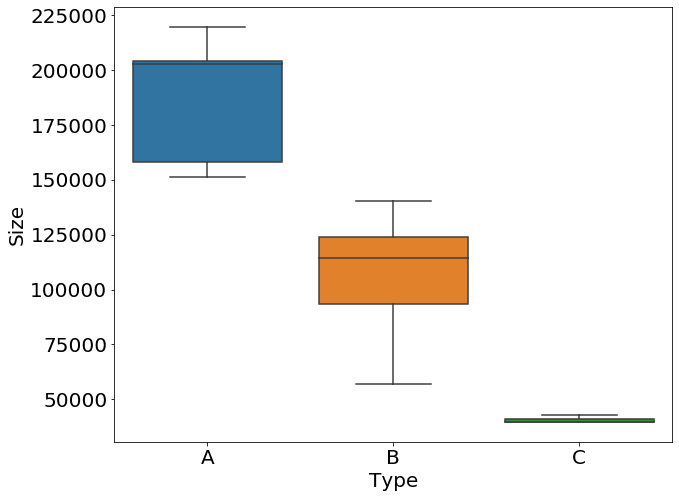 All details for cleaning process, data preprocessing, modeling process, more explorations and solutions for problem and future improvements can be found in this github repo.

Cover image by PublicDomainPictures from Pixabay and gif is from giphy

Once suspended, ezgigm will not be able to comment or publish posts until their suspension is removed.

Once unsuspended, ezgigm will be able to comment and publish posts again.

Once unpublished, all posts by ezgigm will become hidden and only accessible to themselves.

If ezgigm is not suspended, they can still re-publish their posts from their dashboard.

Once unpublished, this post will become invisible to the public and only accessible to ezgigm.

Thanks for keeping DEV Community 👩‍💻👨‍💻 safe. Here is what you can do to flag ezgigm:

Unflagging ezgigm will restore default visibility to their posts.