What are tests and why should you write test cases ?

How to write good test cases and What is TDD ?

To get started first I'm gonna start with a simple way to show the basics of unit testing, which can be applied in a real project

androidTest Now the Integrated Tests belong to the 'androidTest-Source set' which means they require an android emulator to run the tests. and to add dependencies to this source set we use 'androidTestImplementation' in build.gradle file.

test And the tests that don't require any android components such as context. these tests run on JVM and run fast. and to add dependencies to this source set we use 'testImplementation' in build.gradle file.

Enough with the Theory now 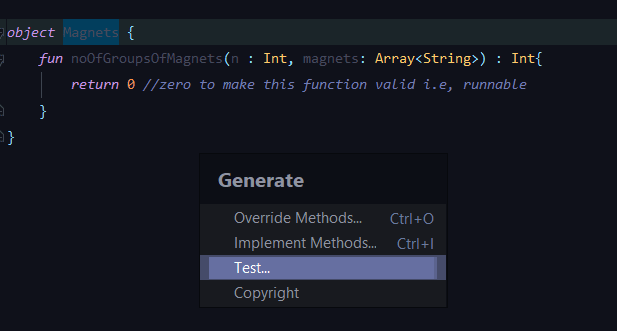 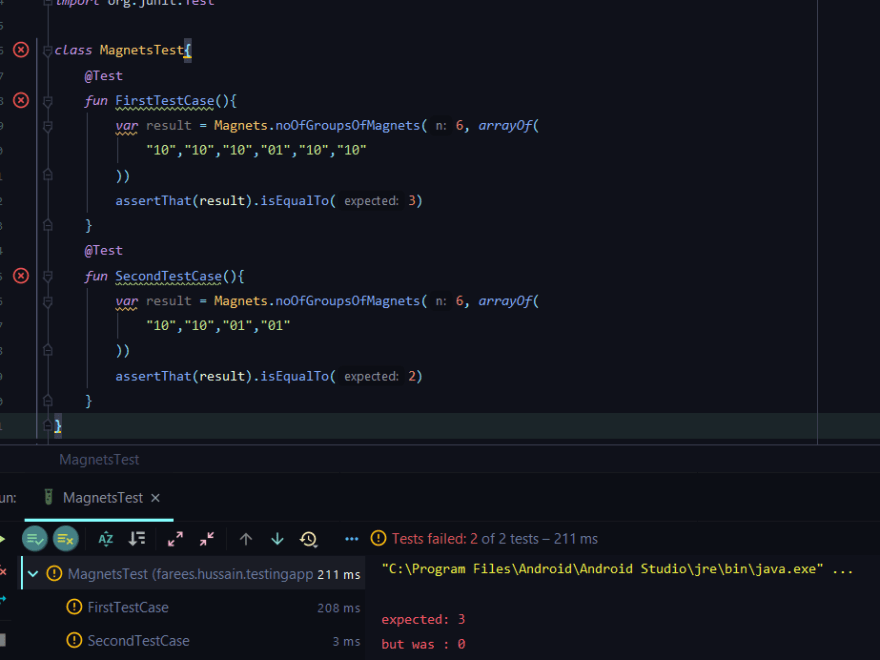 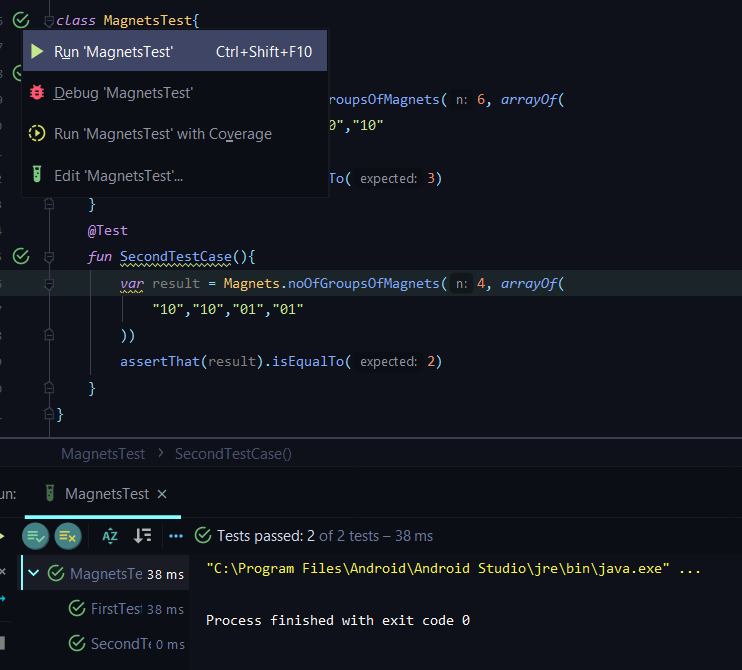 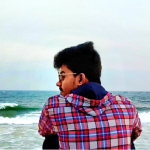 Once suspended, fareeshussain will not be able to comment or publish posts until their suspension is removed.

Once unsuspended, fareeshussain will be able to comment and publish posts again.

Once unpublished, all posts by fareeshussain will become hidden and only accessible to themselves.

If fareeshussain is not suspended, they can still re-publish their posts from their dashboard.