In my first post I would like to write about something that isn't found so often on the internet and most developers are missing.

Maybe because they seem to worry more about tech-hacks than realistic professionalism... that is my guess.

First of all, I would like to say that this post is both something I have to vent out and a self-critique.

What are we, developers?

Stop it! Let's bring something up:

When we write code, we write solutions... or that's what we're supposed to do.

No, we aren't coding the next wonderful architecture. We SHOULD just translate business solutions to a code language that SHOULD solve business problems by adding some value somehow and it SHOULD be delivered in the simplest and fastest possible way. But we don't!

"We are unprofessional", Robert Martin has already said that.

In my short career I've seen more than once smart developers having the opportunity to work on an outstanding business model and using that business complexity as their motivation to build nice, sophisticated and high-tech applications which, as it turned out, were just another group of hard-to-understand words and far far away from the business itself. In other words, a waste of time and money resulting in a code that was already legacy at the first day after deployment. A total mess! 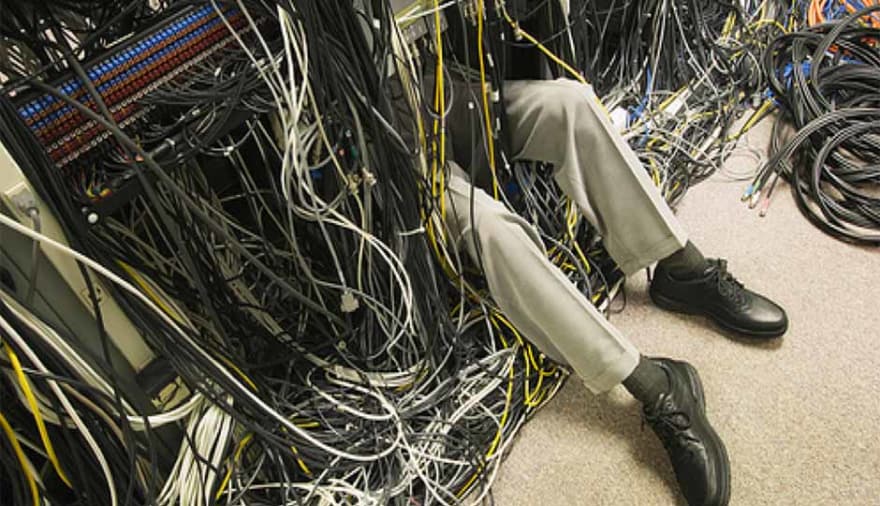 What I am trying to put in words is strictly related to the professional attitude of a software developer. You are never going to be a respected CTO or even a senior if you don't give a damn to the next people that will continue the work; the next person can always be you again and again...

We have to face the truth by caring about how our current code will help the next developer in maintaining it. When we go a little deeper, we should ask why, what, how before coding anything. We have to know the way our work is going to impact the users. Understanding the final users and the business requirements is a critical gap between good and bad code.

If a developer doesn't have those concerns in mind, he is writing a bunch of lines that don't make sense together and, instead of improving users' experience, the growing mess isn't adding any value... the company may go out of business quickly.

Just to be clear: when I say good code I mean expressive code, not an agglomeration of design patterns. Good code is simple and direct.

Where is our problem then?

This could be an endless discussion. So, I selected only two of my guesses I judge being the most critical ones.

Many developers, just like me, didn’t pursue software-related degree at university. Actually, some of us didn't even go to college; and those who took software-related courses realized they didn't study exactly what is required to solve real problems. In other words, we teach ourselves almost everything by digging the internet.

That proves we are extremely self-motivated and curious. Indeed, we really enjoy learning more and more. The problem is that the internet has so much information that the beginners end up placing so much importance on what gives short-term results, that is tools.

Programming languages, frameworks, libraries and so on are important and make you powerful, but they all are still just tools.

A very important point to note on tools is when you stop to follow that nice framework for a couple of months and then you are suddenly out of date. But don't bother! You can read the new documentation and update yourself again quickly. Tools are ephemeral, easy to learn, abundant on the web and, trust me, most of them don't give a &$%# to your business domain.

On the other hand, when developers come across some new subject or tool, instead of taking the needed time to search and really understand it before coding, they go straight ahead and want to adopt it everywhere, because the solution was discovered. The result (not to say problem) is predictable...

For me, this kind of developer is the most dangerous, because they normally have more work-experience and are still acting like the ninja ones. Their attitude brings premature and wrong usage of tools, procedures and methodologies, putting the whole business and the collaborators in risk. They have no idea about their positions' value.

So, what should we really study?

Years ago at university I heard someone saying:

"What makes a snooker player stand out is not just trying to pocket the most challenging balls, but rather to best place the white ball for the next shot."

I still have a lot to learn about those subjects, but they already changed my professional attitude and today I know I am on the right way to become that respected developer I've always dreamed to.

Meetups and daily knowledge exchange with team members are all important to discuss different readings about those terms, but they alone will still give you a limited understanding. Therefore, the only way to have a deep knowledge is by searching it by yourself through books, podcasts, events and so on.

The following books list is the main reason I wrote this post. Of course I haven't read all of them yet, but the ones I did have changed the way I develop every couple of pages, turning me into a more conscious and mature developer:

My recommendation is to start with The Software Craftsman by Sandro Mancuso.

I hope you can also find a reference to follow on those books. And remember, simplicity is a keyword.

Is there already any T-shirt with "Don't worry and keep it simple"?

Thank you Eriksen Costa for sending both lists when you were my boss and also thank you Eduardo Dobay for helping me with typo and english mistakes.

How to Hire Dedicated Shopify Developers for Your Business

Once suspended, fefas will not be able to comment or publish posts until their suspension is removed.

Once unsuspended, fefas will be able to comment and publish posts again.

Once unpublished, all posts by fefas will become hidden and only accessible to themselves.

If fefas is not suspended, they can still re-publish their posts from their dashboard.