Yesterday I saw @lautarolobo 's tutorial on coding fractal trees in JS, and I knew I had to try it. Besides, it's Fractal Friday!

I opened up CodePen and was going to use HAML, then realized that the Pug HTML processor was available. Why not try Pug while I'm at it, right? My Pug code was nice and short:

I gave the canvas a nice light gray background so I could see the bounds:

Then I defined the recursive draw() function as per the first tree version in @lautarolobo 's tutorial, where each execution:

I brought the code over to Observable and hooked it up to sliders controlling the two values that were hardcoded: the ratio of new branch length to old, and the angle at which a new branch sprouts. 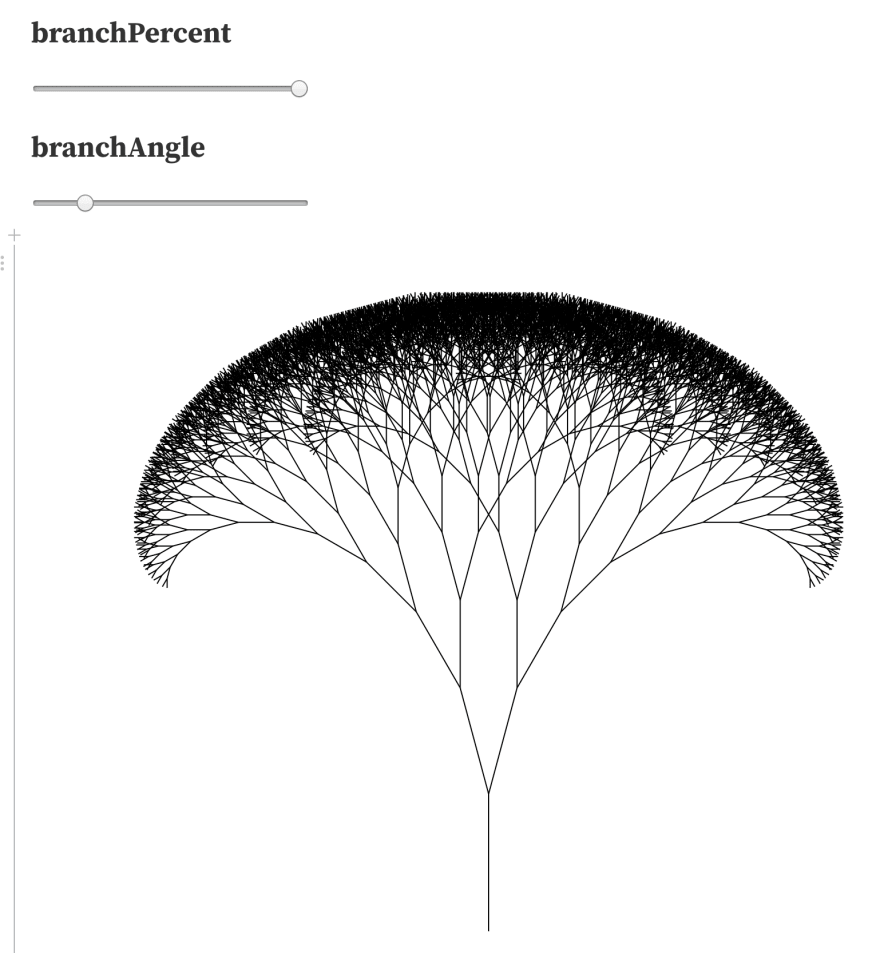 The above is just a screenshot because I don't think you can embed live running code on dev.to (unless I'm wrong?). Check out the interactive slider version: https://observablehq.com/@audreyr/fractal-tree-1

Finally, I experimented with different left vs. right branch ratios back in CodePen and got some pretty results. Here's left branchPercent 0.5, right 0.8: 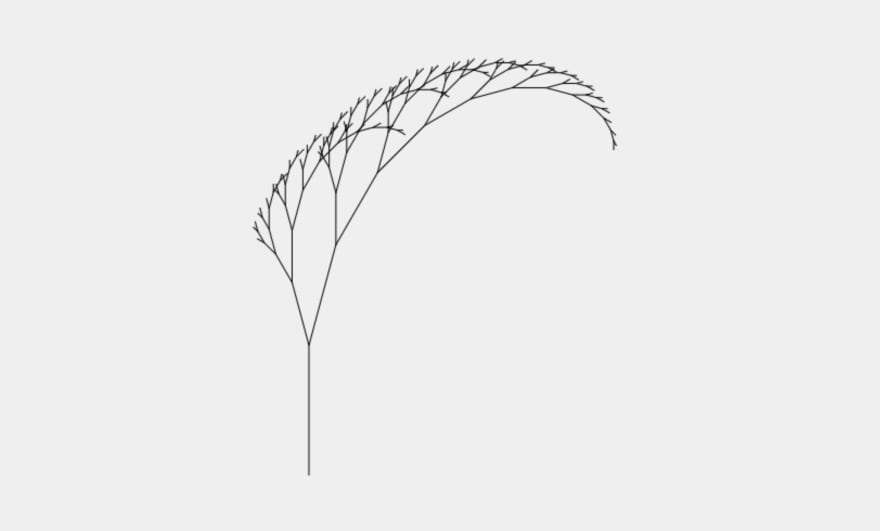 We were once Two Scoops Press, then RoyGreenfeld. We wrote Two Scoops of Django, Django Crash Course, and Cookiecutter.

Once suspended, feldroy will not be able to comment or publish posts until their suspension is removed.

Once unsuspended, feldroy will be able to comment and publish posts again.

Once unpublished, all posts by feldroy will become hidden and only accessible to themselves.

If feldroy is not suspended, they can still re-publish their posts from their dashboard.

Once unpublished, this post will become invisible to the public and only accessible to Audrey Roy Greenfeld.