When @DanielRoyGreenfeld and I got married, I took the "Greenfeld" part of his name, and he took the "Roy" part of my name.

We thought it was a nice gesture showing the world that he belongs to me and I belong to him. It seemed like a kind, modern thing to do for each other as a 21st-century couple willing to start new traditions. It also allowed us to carry on both of our last names to the next generation. Our daughter's last name is the same as ours, "Roy Greenfeld".

Our original choice of Roy Greenfeld as the spelling has led to confusion:

As developers, we know that if we don't fix this bug now, it'll be a lot worse later. Technical debt accumulates. In this case it's even getting passed on to our cute little one 🍼 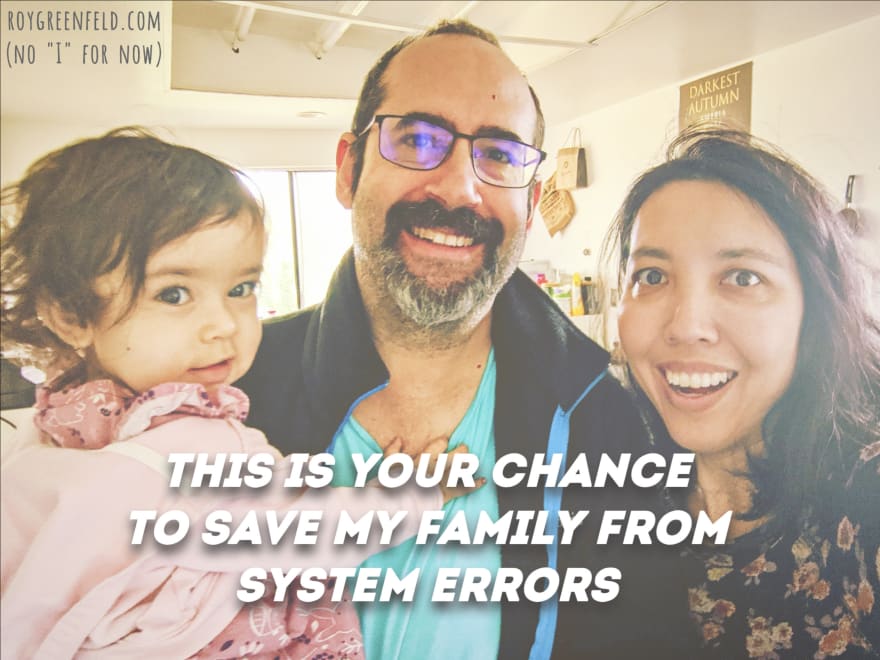 Our quest for a more system-friendly name has led to a fork in the road. Here are the two options we're waffling on:

Option A: Roy-Greenfeld (Traditional but Buggy)

Hyphenating seemed like the most common solution, so we tried it. The next day we waited at the hardware store for half an hour while they couldn't find our name in their system, just 10 minutes after they had entered it into their system.

Hyphens get turned into spaces in some systems, and removed from names in other systems.

Running into a name bug within a day of the change from "Roy Greenfeld" to "Roy-Greenfeld" meant we still had work to do.

Option B: RoyGreenfeld (The PascalCase Version)

With this option, we remove the hyphen and smash the names together, PascalCase-style.

It feels funny, but it seems like the natural next step.

You never know the results until they're deployed to production, so I've been changing my online profiles everywhere to "RoyGreenfeld" to see what happens. 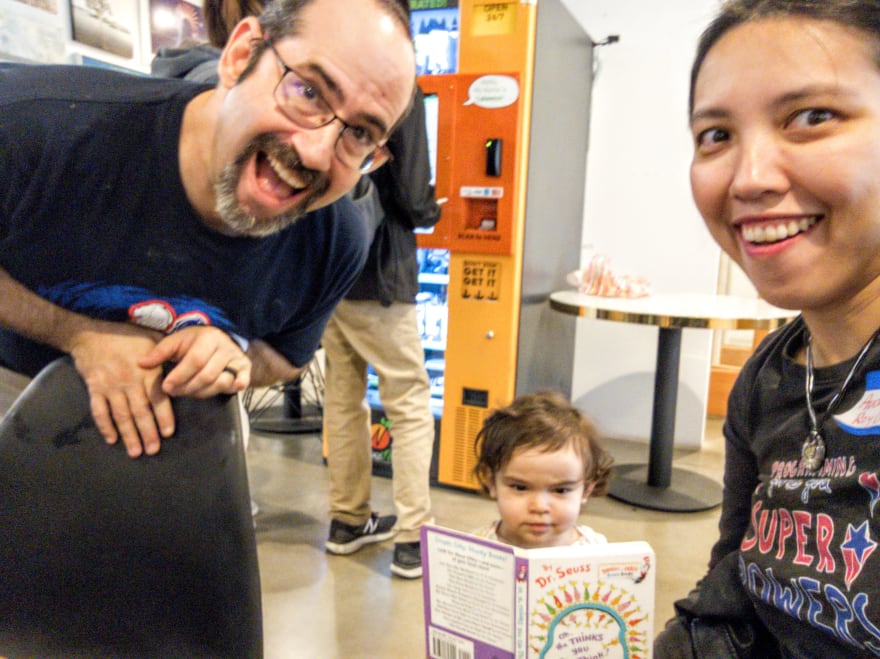 We'll probably run into bugs and have to iterate further. Here are possible resolutions:

This may reduce the chance of people mistakenly addressing Daniel as "Roy" in emails. The lowercase "roy" means it's less likely to be interpreted as a first name.

A lot of software insists on capitalizing the first letter of the surname, though.

Most last names in the United States have a capital letter followed by lowercase letters, so systems are good at handling that.

It doesn't solve the "feld" part getting mistyped as "field" though.

Roygreenfield (Easier to Spell but Longer)

Sure, it may be easier to spell, but it's now longer and likely to get truncated. 13 characters is a lot. Systems often truncate last names at 12 characters. Paper forms with those little lines between each character only have so much space.

This version probably minimizes system errors. But it's prone to human error because it's not a common last name. It sounds like some guy named "Roy Green" rather than a surname.

To the American ear, this version sounds more like a surname, reducing human error. But it's embarrassing to say, so it's not a realistic option. And it's hard to spell. Let's just say it would probably be misspelled "Groinfeld" and be awkward.

Help us decide what to adopt as our surname, in a way that minimizes errors while preserving our family names as much as possible.

Seriously, @DanielRoyGreenfeld and I'll be grateful for any anecdotes you share in the comments below.

I'm particularly interested in hearing from anyone who decided on a combined name with their spouse.

Companies should be financially supporting FOSS where possible

Pretending to be a tradesman 🕵️‍♂️

We were once Two Scoops Press, then RoyGreenfeld. We wrote Two Scoops of Django, Django Crash Course, and Cookiecutter.

Check out our books
What's your most used JavaScript framework?
#javascript #webdev #discuss #react
Review my resume
#help #discuss #resume #beginners
Music Monday — What are you listening to? (May 16)
#watercooler #discuss #music