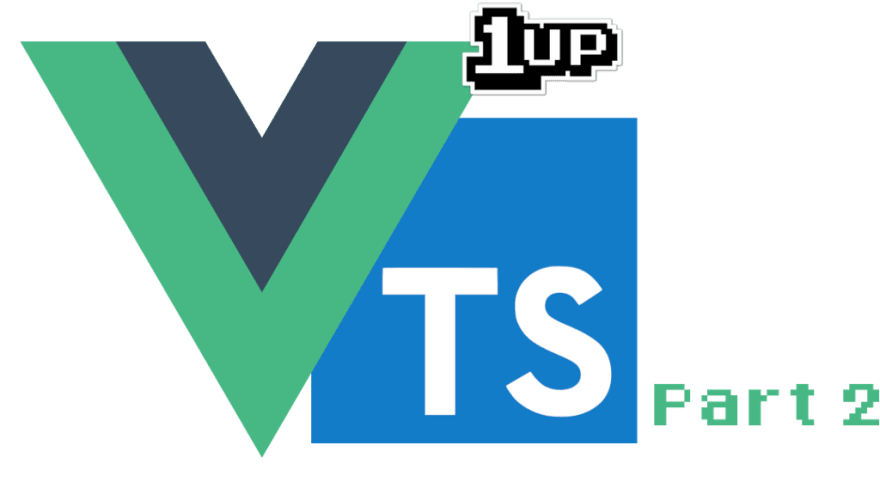 Level Up your VueJS project with Typescript (Part 1): Installing Typescript

For the completed version of this part, use this branch of the project repo:

In part 1, we prepared our project to use Typescript and was only installation + configuration. For many of you that part could be considered the “boring” part and I understand it! To compensate that, in this part we will translate almost all our VueJS Files (Home View+Components) to use Typescript! So let’s begin.

For this component, we are going to replace only the <script> part with TS, the HTML template doesn’t need any modifications (one advantage of using SFC 🙌).

When we open this file we noticed that the file is very simple:

Try to remember this because we are going to delete all the script part of that component and we will rewrite it using TS starting with:

You will noticed that we added a lang="ts". This means that we are telling to Vue Loader the script inside this SFC will be compiled/transpiled using Typescript.

After that, we will use a library that I absolutely love for VueJS TS development called vue-property-decorator that is already included in the project

And using that library, we will start to use this pattern for every component that we will make with TS

Now you may ask, “what does this even mean?” let me explain it quickly:

@Component is using a feature in TS called Decorators and in this context will pass some metadata of the component to the class. The metadata is basically all the properties that are available in the VueJS Component like data , methods , components , mixins , etc…

In export default class Hello Extends Vue we are doing almost the same as the traditional way that is exporting the VueJS component object but we have TWO main differences:

To declare the textdata or any kind of data in your VueJS component, create simple a class property and initialize it with the “Hello” string:

this line is pretty much the same as:

and to create the textUpper computed method, we need to create a “getter”inside our component class

which, in the traditional way, translates to:

After that, our “Hello.vue” Component should look like this:

If you run the project with these changes you will notice that everything is working as expected.

For this file, the first thing we need to do is rename it to use the .tsx file extension. If you are running the project, the hot reloading will fail because the compiler is not accepting how this file is done. Let’s translate this!

First, copy all the content of the file and put it somewhere else because we are going to totally rewrite the World.tsx file. After you clean the file, we will declare our Component class in the same way as the Hello.vue file:

Let’s do the same as the Hello.vue with the data and computed property!

This is a good amount of code to check if everything is working. After trying, it will appear an error like this:

To fix this, in the Home.vue view, change the import of World.jsx to use TSX instead. After that, the project should run fine with the only problem that our text is not updating. Since this is TSX/JSX we need to attach the events manually. To fix that, we need to add a method to the on-input event of our input and create a class method that changes the value of text to use the passed text.

After this change, the text mutation should work fine!

And to attach the Hello and World components, we will use the @Component decorator by passing an object with the components key as if it were a traditional VueJS object:

After save, the project should start to work properly again.

That all for part 2 friends! Stay tuned for part three where we are going to translate the Vuex module to use Typescript and also how to use it inside a Typescript Class Component!

Once unpublished, this post will become invisible to the public and only accessible to Fernando Alvarez.

Thanks for keeping DEV Community 👩‍💻👨‍💻 safe. Here is what you can do to flag fernalvarez590:

Unflagging fernalvarez590 will restore default visibility to their posts.