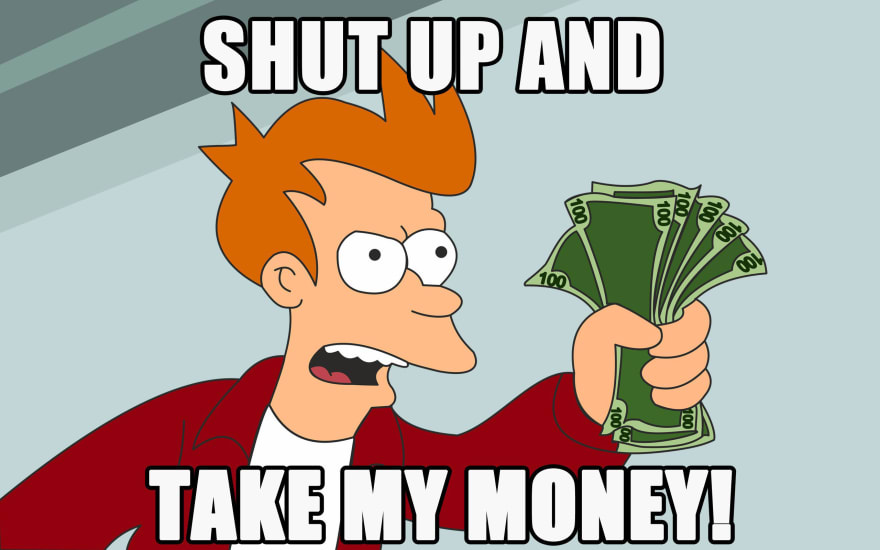 As a business requirement, we needed to implement a new payment method. All our payments methods are in legacy code, so we took the opportunity to implement a way to manage amounts, trying to avoid problems we found in the past.

For small businesses that only operate in a country or a region with a single currency, it may have sense to always assume the use of this currency everywhere. If the application does not expand to a region with a different currency, this assumption will be safe. But we can never be a hundred percent sure that this will not happen in the future.

To solve this problem, we can use a pattern know as "Money pattern", that consists on having a Value Object that has two attributes: the amount and the currency.

We can try to solve this by rounding the numbers at some point during the execution.

In PHP, we have multiple functions that allow to round numbers. These are some of them:

Returns the next highest integer value by rounding up the value if necessary.

Returns the rounded value of val to specified precision (number of digits after the decimal point). Precision can also be negative or zero (default).

Formats a number with grouped thousands and optionally decimal digits.

Let's see a real example to see how this works.

I worked in an e-commerce project that had a back-office where shop administrators could set the base price (without taxes) for their products. The VAT amount (of 21%) and the final price were automatically calculated from that base price.

This concrete administrator wanted to have two different products, with a final price (including taxes) of €5.50 and €5.30. We had a user that bought 5 units of each product. So, ideally, the total price for that order would be €54.00:

However, things were not that nice. The back-office form allowed the administrator to introduce three decimal point numbers in order to (unsuccessfully) avoid rounding problems. The values were rounded before saving. Therefore, the value that was sent to the bank to charge the client for was as follows:

As you see, the client paid 1 cent less than she should have. It is not much, but in a store with thousands of transactions there would be a sensible loss. Fortunately (or not), it was not the case.

So, the administrator expected to charge a total amount of €54.00, the client paid €53.996 whilst the total amount in the confirmation email showed €54.03.

Therefore, rounding values using PHP functions is not a suitable way of working with amounts (neither for numbers).

Fortunately, in PHP there are open source libraries that solve these two problems, namely, working with potentially infinite numbers (up to a limit) and having an amount with a currency.

The ones we checked in depth were the following:

We finally chose brick/money because it uses underlying the package brick/math, that allows more robust calculations. There is a comparison between the two libraries, but you should be safe using either one of them, specially after moneyphp/money got a big rewrite one month ago (on May 2021).

We implemented an Amount Value Object:

The amount has two scalar attributes:

A Value Object, by definition, can not be constructed invalid. In our case, we take advantage of the brick/money library to validate any input value, and then we represent them with both amount and currency attributes. We can generate a Brick\Money\Money value from them.

As moneys have an official scale for the currency defined by the ISO 4127 standard. Therefore, the idea is to persist
both components as scalar values, because we can then generate a Brick\Money\Money value from them.
We can also encapsulate any required operations in SharedKernel\Domain\ValueObject\Amount.

As moneys have an official scale for the currency defined by the ISO 4127 standard, the idea is to persist
both components, amount and currency as scalar values, and then reconstruct the Amount ValueObject from them.

There are different options to persist the amount depending on the persistence layer we use. We have a concrete case where we use Postgres with Doctrine ORM as an abstraction layer, so we chose to persist both attributes as different columns using an embeddable:

This way, we can map the Amount Value Object to our entities easily. Another option would have been to create a custom type to persist both values as JSON in a single column. That would be the chosen option if we used a No-SQL storage.

On one side, we saw that managing numbers in computing is complex and prone to errors. We also saw that a money always has to have a currency, and that the money pattern precisely allows to do that.

On the other side, we saw that it is better to not reinvent the wheel and implement a custom solution, but to use libraries that are specifically designed for the task.

Finally, we saw an implementation of the money pattern in PHP as a Value Object, with a possible persistence strategy using Doctrine.

Replace Nested If Else Statement with Array

Once suspended, filmineng will not be able to comment or publish posts until their suspension is removed.

Once unsuspended, filmineng will be able to comment and publish posts again.

Once unpublished, all posts by filmineng will become hidden and only accessible to themselves.

If filmineng is not suspended, they can still re-publish their posts from their dashboard.

Once unpublished, this post will become invisible to the public and only accessible to Rubén Rubio.

Thanks for keeping DEV Community 👩‍💻👨‍💻 safe. Here is what you can do to flag filmineng:

Unflagging filmineng will restore default visibility to their posts.