Hi, I'll start with showing what I'm trying to achieve (I couldn't come up with a shorter title).

We have two images, the second one slowly replaces the first (horizontally).

To do this we'll need to prepare two images with the same shape (I won't show how to scale them in python).

This method can be used to make any number of images transition (with a little bit of work).

In my case, this is the first image: 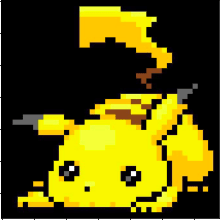 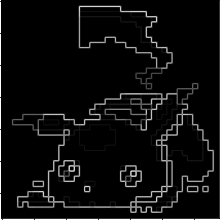 To create animation we'll need to know how each frame will look. In my case I wanted to define a frame by a given part (perc) of pixels of the second image. For example if perc=0.1 then first 0.1 pixels are from second image, and 0.9 are from first. Fade is a function that will do that. Given two flattened images, the original shape of the image and perc, it will concatenate the two images and return the image to the original shape.

Here are some images that I generated with it:

I won't go into details on how to create animations in Matplotlib, here's my code.

The file animation.mp4 should generate, depending on number of frames.

A 🦣 opportunity for developers

Python's arithmetic operations and its order of precedence

Once suspended, finloop will not be able to comment or publish posts until their suspension is removed.

Once unsuspended, finloop will be able to comment and publish posts again.

Once unpublished, all posts by finloop will become hidden and only accessible to themselves.

If finloop is not suspended, they can still re-publish their posts from their dashboard.

Once unpublished, this post will become invisible to the public and only accessible to Piotr.

Thanks for keeping DEV Community 👩‍💻👨‍💻 safe. Here is what you can do to flag finloop:

Unflagging finloop will restore default visibility to their posts.