Did you know that different programming languages and certain developer preferences have led to different standards in naming functions, variables, constants, and other programming terms?

Camel case (wikipedia) – or should I say, camelCase – is probably the best known programming naming convention, in either PascalCase (initial capital) or dromedaryCase versions.

While researching, we were delighted to learn about kebab-case -being-a-thing, and you can find a bunch more letter cases on Wikipedia.

But we're here to tell you about snake_case :

The use of underscores as word separators in identifiers in programming languages is old, dating to the late 1960s. It is particularly associated with C, being found in The C Programming Language (1978), and contrasted with PascalCase (a type of camel case). However, the convention traditionally had no specific name: the Python style guide refers to it simply as "lower_case_with_underscores".

Within Usenet the name "snake_case" was first seen in the Ruby community in 2004, used by Gavin Kistner

This, of course, leads us to SCREAMING_SNAKE_CASE – all capitals, often used when defining constants.

And now, a vapourwave inspired illustration: 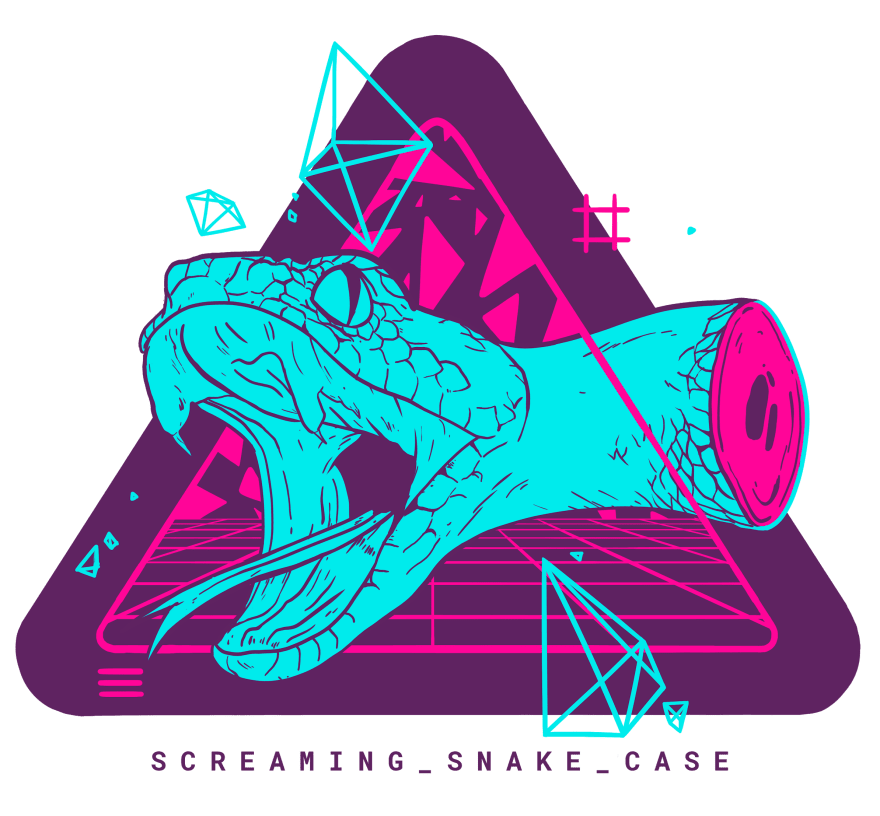 We're a developer focused company, which means we have fun with developer-centric in jokes and illustration. We've made a first run of stickers that you can fill out your postal address on our swag signup page and we'll get some sent to you.

We've got some other programming related illustrations that will get turned into stickers and other artwork lined up, with Haskell -related characters being up next. Haskell also happens to be what we're writing our backend services in.

The artist behind this first set of work is Bruno Monts , a freelance illustrator and designer from Brazil. You can see his portfolio on Behance. Thank you Bruno for your great work!

View this solution on Exercism

Solving day 03 of Advent of Code 2022 in JavaScript

Once suspended, fission will not be able to comment or publish posts until their suspension is removed.

Once unsuspended, fission will be able to comment and publish posts again.

Once unpublished, all posts by fission will become hidden and only accessible to themselves.

If fission is not suspended, they can still re-publish their posts from their dashboard.

Once unpublished, this post will become invisible to the public and only accessible to Boris Mann.

Thanks for keeping DEV Community 👩‍💻👨‍💻 safe. Here is what you can do to flag fission:

Unflagging fission will restore default visibility to their posts.