The final goal of the previous posts was the following rainbow:

I got it from the "Cost Analysis" for my "yugabytedb" compartment:

The cost per hour, at the time where I had a 9 pods, running YugabyteDB database, and taking 1000 inserts per second, plus 900 threads reading, was CHF 2.81 per hour. This is 3 US dollars, about USD 85 per month. 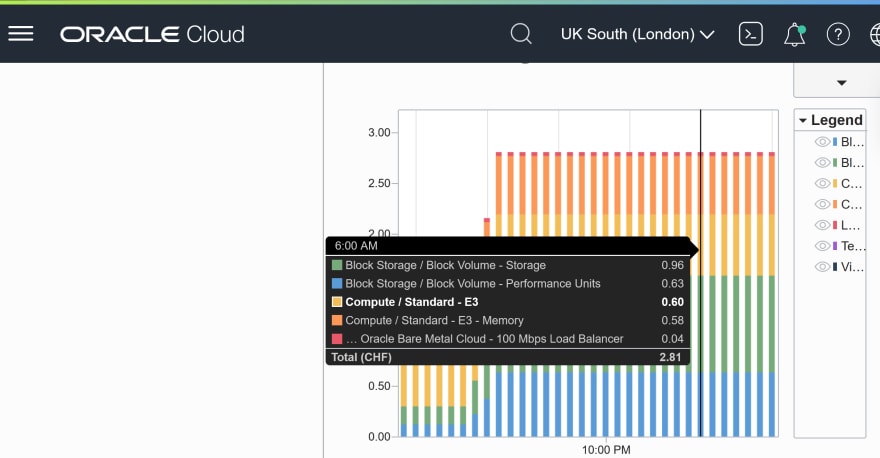 Many people do not trust Oracle, given the past commercial practices, and nobody knows if this pricing will stay of is there only to try to get its part of the cloud market. But with YugabyteDB, no worry. You can add nodes in another cloud provider and then migrate without application downtime.

It is important to understand the cost of it. Here is the detail for 1 hour of it, so CHF 15:

And the outbound data transfer is free. Well, the first First 10 TB / Month are free. Let's transfer some data between the instances:

And I checked the amount to transfer from each VM (twi third of them are cross-AD):

Just to be sure that I used more than some minimums (like the 10TB free for region outbound).

Graphs are not only about cost.

It is important to check the compute usage:

These are my 3 workers (I've just scaled the node pool at the end, to 18 workers).

Top 10 platforms to learn about DevOps

An Introduction to Canary Deployment Strategy