Get the code for this tutorial

In the last article we built a small runnable example. To start just use the template we created there. If you don't have it yet, visit the article and download the base profiler project. 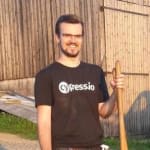 Create a .NET profiler with the Profiling API - Start of an unexpected journey

Attention! Most of the functions that are used to query information from the profiler return a HRESULT. You should check if this value is 0 (error) or not. For the sake of simplicity I will omit all those checks because they make the code harder to understand. This counts for all following blog posts about this topic.

Our profiler must implement that interface. Do you remember all those stubs we created? That are callbacks called by the CLR on certain events.

The profiler should request an instance of type ICorProfilerInfo. This object is a bridge between the profiler and the profiled app. You can request the function name for a given function id for example. We will see some of it's power in the next articles.

Well there are two functions that can somehow be identified as Lifecyclefunctions.

We will focus on Initialize because as already said, you must setup your profiler.
What you must do:

The include is required because it contains the definition of IID_ICorProfilerInfo2. The iCorProfilerInfo variable should not be an instance variable. This makes it much easier to handle. We need it later on to request metadata about the application.

ICorProfilerInfo has a method SetEventMask(). You must pass a DWORD that reflects the events you want to be notified. A full list of all flags can be found here. In this example I choose COR_PRF_MONITOR_EXCEPTIONS because I want to monitor all exceptions that occur:

Depending on the flags you set you can use different callback methods (that are all those stubs we created in ProfilerCallback.cpp). In order to know which one you need, go the the documentation and search for COR_PRF_MONITOR_EXCEPTIONS:

We focus on the ExceptionThrown callback and fill it with some stupid logic:

Adjust the Program.cs of the test app and throw an exception:

Now compile everything and execute start.bat:

Congratulations, you created your first profiler!

Let's see in which thread a profiler is executed. We keep the code from the sections above but adjust the ExceptionThrown callback a bit. I suggest to print the current thread id. This can be done by including <thread> and adjusting the message:

Also you should print the thread id in your C# app:

And this should be the result:

Both components have the same thread id.

As always when dealing with native code, you must take the bitness into consideration. This is especially true if you want to use FunctionEnter/Leave callbacks.
The simple rule is: If the .NET app runs as 32Bit app, your profiler must be compiled as 32Bit profiler and vice-versa.

Read this article, if you want to read more about bitness in .NET and Visual Studio:

Know the bitness of your .NET application

What happens if we ignore the bitness?

Let the profiler being compiled to 32Bit and set the TestApp to 64Bit. The message from the profiler is missing now:

Additionally we can find an error message in the windows event viewer:

This article showed the basics of a profiler. I think this is enough to get an insight. Do you miss some information that seems relevant to you? Let me know!

In the next articles I want to focus on some use cases. Stay tuned if you want to see some assembler code!

How To Check If Route Name Given Exists in Laravel 8