to be able to learn machine learning with python we have to set up the environment first.
To create machine learning environments for python we need Anaconda, a software that has all the packages that we need to actually begin.
Anaconda weight circa 3 gigabytes of space and has all the tools that we may need, but for beginners it is overwhelming and we'll never use all of it, at least for now, all of it, that's why we'll download miniconda, with all the packages that we need for then import them in jupyter notebook, a good software to display data.

The link for miniconda is here.
On the page you'll see something similar to this:

To download miniconda you have to go through all the same steps for installing any other software, so I'll not cover this part. You can just click next without changing anything for then waiting for the extraction. 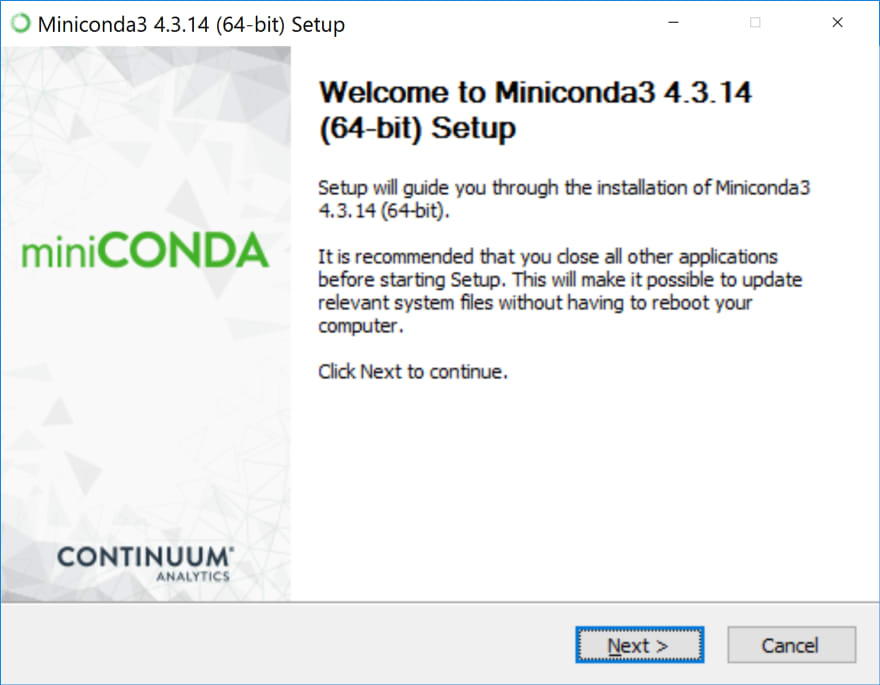 This is an old image, so expect to install a higher version

After the installation is completed to set up the environment you have to open the anaconda prompt, a special command prompt used for activating our machine learning environment. 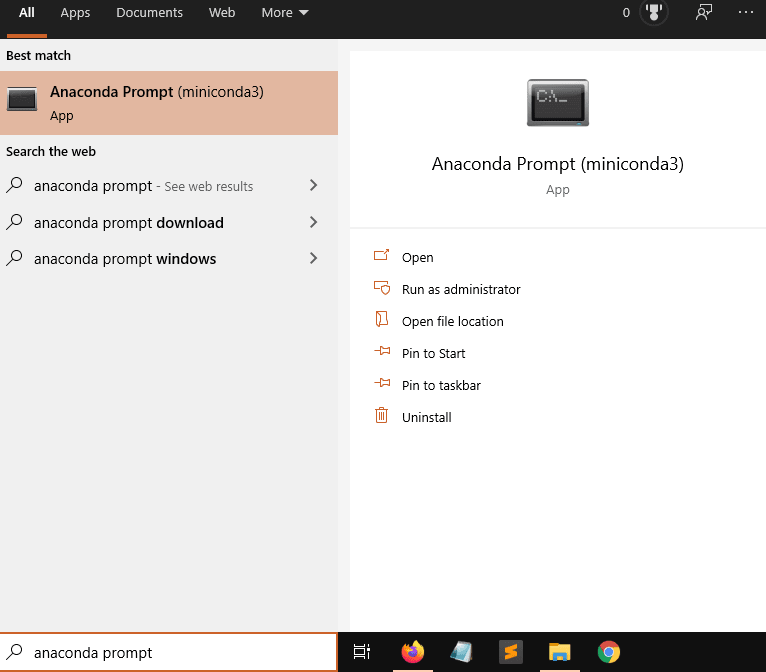 After you have opened it you'll see in front of you the anaconda command prompt. 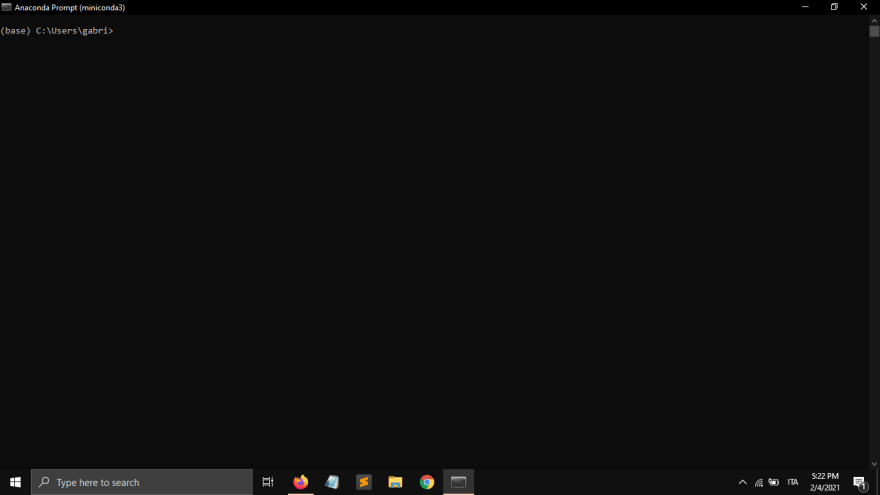 So now that we have all the basics done, let's go through the next part.

Setting up the environment folder

First of all, we want to create the folder on the desktop so that you can access it easily, to do so you have to do

where "name" is the name of your users, as you have already seen, mine was "gabri"
with this, you are now on the desktop and the command prompt will now look like

and now we have to just create the folder that will contain the project for then download the packages in it.

Now that we are in the folder where everything about our project will be stored, we can proceed with making it our custom environment.

But what are we doing here?
We are creating the folder env that will be our custom environment.
After typing the command you'll see something very similar to 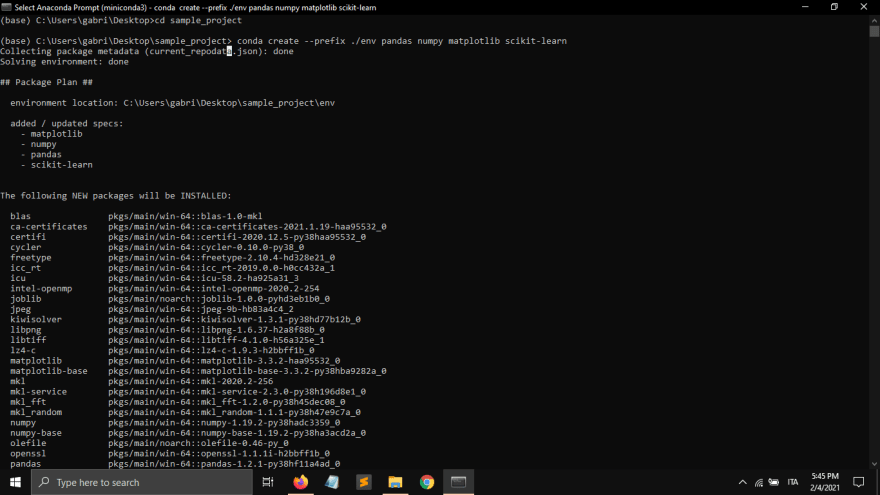 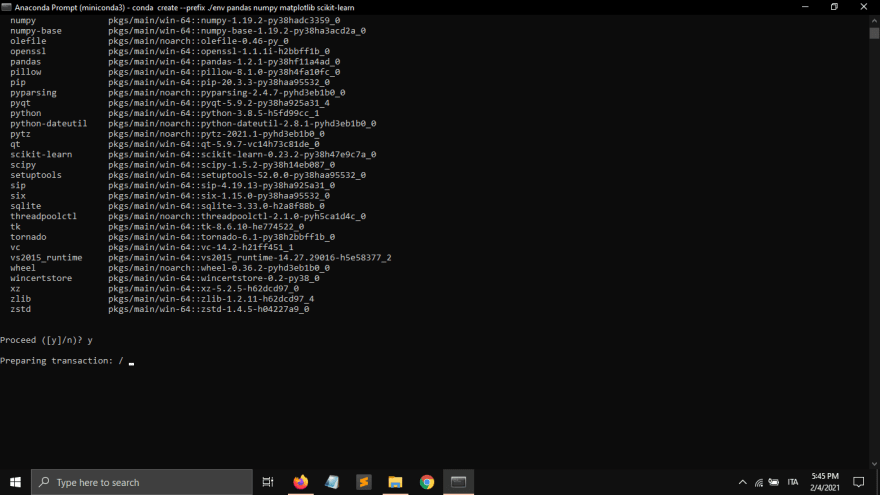 After the end of the downloads, the environment will be created and to activate you'll have to type

Now I have, on purpose, not installed yet jupyter notebook.
I did so to show you how to install packages/components even after the setup of an environment is completed.

Jupyter will open its interface in your browser, where you'll see something similar to this 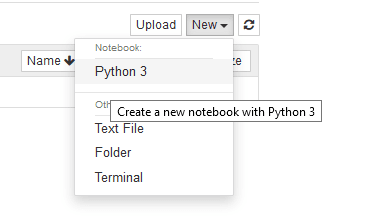 And after the click, it will open a new tab

Now, the last step is to import all the libraries that we'll need to begin machine learning.
Type in the jupyter notebook shell

And this is all to set up our machine learning environment

How to exit from the environment 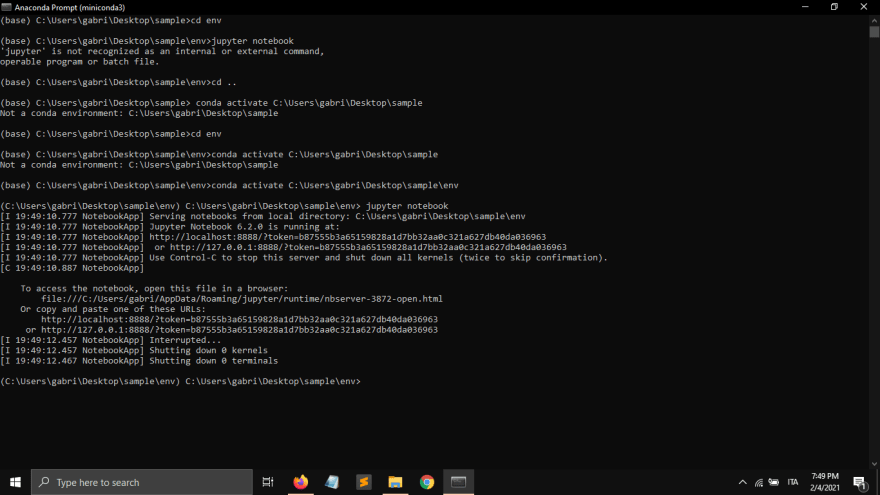 then we simply type conda deactivate

Now the this is no more a machine learning environment but a simple folder again.

Now that we have done all that we needed to set up our machine learning environment we have to just begin working.

How to create real-time video stream comments in Next.js

Thanks for keeping DEV Community 👩‍💻👨‍💻 safe. Here is what you can do to flag gabrieleboccarusso: