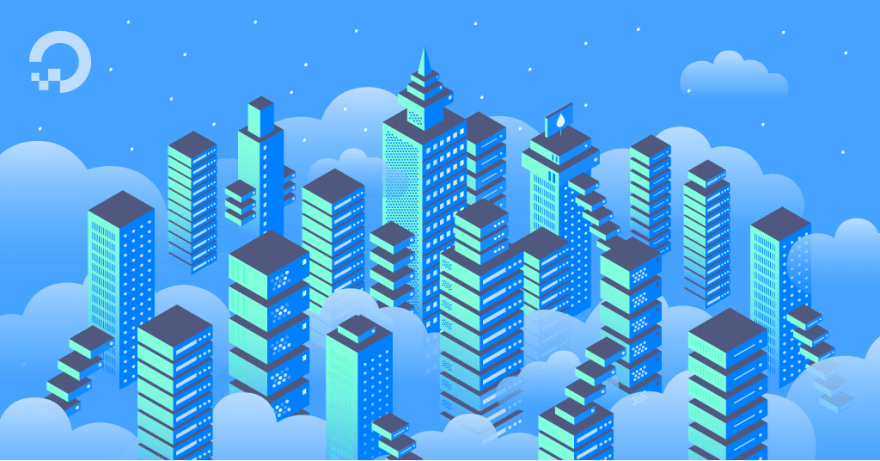 Hey friends, if you’re building things on the web then DO is a great service for spinning up just about anything. I have sites running there and some scripts as well, $5 per month for a VPS you can’t beat it. Being that I’m such an awesome guy I’d like to offer you my Digitalocean promo code so you can get a free credit when opening up your account. Just use the link below to apply your promo code before signing up.

From there you’ll be on your way to set up something slick on a reliable host. You’ll also have some free hosting credit to use for a while. If you’d like to learn more about Digitalocean, here is a review I put together for you.

From there you’ll be on your way to setting up something slick on a reliable host. You’ll also have some free hosting credit to use for a while. If you’d like to learn more about Digitalocean, here is a review I put together for you.

DigitalOcean, Future of the Cloud — A Review

Cloud hosting battle lines have been marked and world markets are awarded to the winners. Behemoths in the cloud space have been adding services at an unparalleled pace. Tremendous opportunities are creating new companies daily, touting unique, if not identical services.

DigitalOcean has carved out a defined niche in the cloud. As of 2018, the corporation was the third-ranked cloud provider in the world. Founded in 2011, DigitalOcean is miles away from the fierce tech battlegrounds of Silicon Valley and the Pacific Northwest. Simplicity with architecture and pricing, DigitalOcean provides reliable infrastructure to scale applications worldwide.

Aimed at the developer community, DigitalOcean boasts 12 data centers located around the globe. The cloud-hosting company touts its fundamental theme as a” VPS image can be deployed within 60 seconds.”

Logging into the service is uncomplicated. Supply a few items of vital information, the name of your project and off you go.

Digital Ocean’s dashboard is clean and uncluttered, your applications waiting. DigitalOcean bills by the month and only for the services employed. With other cloud-hosting providers, developers must proceed to higher tiers for root access, not with DigitalOcean. Users are billed by the deployment of 1) Ram 2) CPU 3) SSD Disk Space 4) Bandwidth. Keep in mind though, if you use a Digitalocean coupon you can save on your initial billing costs. 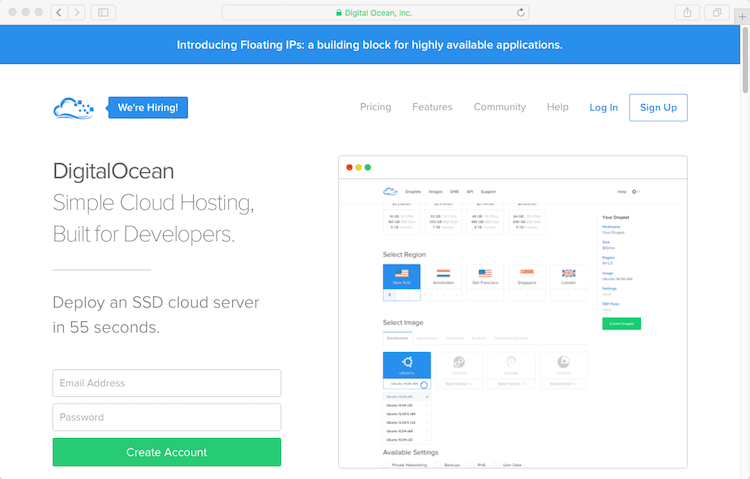 What is a Droplet Anyway?

Droplets are virtual machines developers create with a blend of resources. Hit the “Create Droplet” button to encounter what is under the DigitalOcean hood. Users are overwhelmed by the number of choices. Scrolling down the page, developers realize why DigitalOcean is advancing at such a remarkable pace.

Droplets in DigitalOcean ties the platform together. Unlike other disparate cloud-hosting providers, the DigitalOcean ecosystem is a rational evolution from one service to another. Example; create a droplet as your demands and business grow, then add resources like block storage and automatic back-ups later on. Each service on DigitalOcean can be transferred to different droplets and within data-center regions for optimized networking.

The initial thing members are asked to do when creating a droplet is to choose an image. Choices range from popular Linux distributions, like Ubuntu 18.04 x64 to Debian and CentOS. Container distributions include CoreOS, Fedora Atomic, and RancherOS.

After choosing a model for your droplet, determine the best plan for your application. 1) Starter; optimized for modest projects such as blogs and developer testing. 2) Performance; broken down into a General Purpose, or CPU Optimized virtual machine.

DigitalOcean offers members and developers a huge number of programs and compositions. Developers can customize each subscription plan throughout the configuration process and each method provides automatic scaling.

The above hosting configurations are individual droplet plans. Just remember to use my link to get yourself the $50 promo code when signing up. Digital Ocean does a commendable job of bringing value to their services, such as data transport is per account rather than each droplet. Also don’t forget to use a DigitalOcean promo code and get the $50 in free credit applied to your account.

Choose an available data center point along with other options, such as a private network and monitoring tools. Developers can include an SSH key to their droplet for root entry if extra security is called for.

Choose your host name for the project, add tags for easy lookup later on and hit the “create” button. There you have it, a customized production ready VPS solution with unlimited scaling ability.

The open-sourced cluster management tool developed by Google in 2014 is spreading to every corner of the globe, Fast!. Developers are discovering time to production for their applications have been cut dramatically. Every cloud-hosting company provides some type of Kubernetes management tool along with Docker integration. DigitalOcean provides an easy to configure, cluster production and administration tool. Members with little to no experience, find the process of creating a DigitalOcean Kubernetes cluster easy and natural.

Full production documents, tutorials, and a complete resource center are made available to any member willing to learn this fascinating platform. Creating a Kubernetes cluster is easier to create than a droplet if you can imagine that.

How to Design a Cluster in the DigitalOcean Dashboard :

Choose your name for the project, click “create cluster” and you have a production ready Kubernetes Cluster environment.

The DigitalOcean API is a powerful control mechanism like no other cloud-hosting platform. Manage droplets and all other DigitalOcean services using HTTP requests. Using the API, developers can generate requests by the GET method.

Some of the intelligence developers can obtain by applying the DigitalOcean API:

DigitalOcean has taken value oriented networking services to a new standard. Along with the typical internet protocols, DigitalOcean provides “Private Networking” The service allows a supplementary network interface not opened to the internet.

Private networking lets droplets interact with one another within the same geographic region. Network traffic to and from a private network does not count toward a monthly bandwidth cap.

Floating IP is another extraordinary component to networking within DigitalOcean. A Floating IP is a static address, which gives developers the capability to move network traffic to any droplet. Developers can configure the protocol when constructing their droplet.

Load balancers let a developer distribute network traffic across virtual servers and geographic zones. Unlike other platforms, DigitalOcean manages its load balancer with no setup or user configuration necessary. Like all other services, the DigitalOcean API can access and administer network protocols and their status.

DigitalOcean continues to dominate its smaller rivals by a large margin. Will the cloud-hosting provider from the east ever be as vast a beast as other major players in the space? Let’s hope not. Considering you can use the DigitalOcean promo code to get a free chunk of hosting credit, it’s really a no brainer.

How to backup your Firestore data automatically