The first time I started coding was at the age 14 and I was looking to build my first startup. I had no clue where to start and ended up by building forward on a popular opensource ecommerce platform called OpenCart. After a lot of time and sleepless nights I released the first version of my startup, where users could trade and sell used DVDs. A few versions later I applied all the best practices from that codebase to create a custom platform, something I couldn't have done if there wasn't any example to learn from.

Don't know if I actually mentioned this before, but - as a self-taught programmer - I learned most of my skills just by reading documentation and trying out tutorials

In this blogpost I collected 5 examples of projects build with React that can help every starting (React) developer to level up their skills. Sometimes tutorials are a bit too slow or not complex enough, and you just want to explore a "real" codebase. All listed projects come with a custom backend or are using open APIs to get their data from, so you don't have to work with mock data. Enjoy!

As a movie fan I spend a lot of time looking up shows or people on IMDb, but unfortunately they don't provide an open API. That's where The Movie Database (TMDb) comes along, which provides a great open-source API with information about most movies and tv-shows. It's a popular API to use for (hobby) projects or when you're just really into movies. This project by Stephen Kempin shows how to build a movie database application on top of this API, using React and the typeahead.js library from Twitter for the autosuggest search functionality.

Key tools used in this React project are:

node.js is required to get…

Subscriptions for food, shaving products or clothes have become very popular over the last few years. With this open-source product you can create your own subscription service, and it's FULL-STACK!(!!!). With Crate you get a frontend created with React and a Node.js and GraphQL backend. If you're eager to start your own company and are looking for good material to learn how to modularize your code or integrate front- and backend, than definitely have a look at this repository. They even use StoryBook so you can inspect all the components that are used in this project. 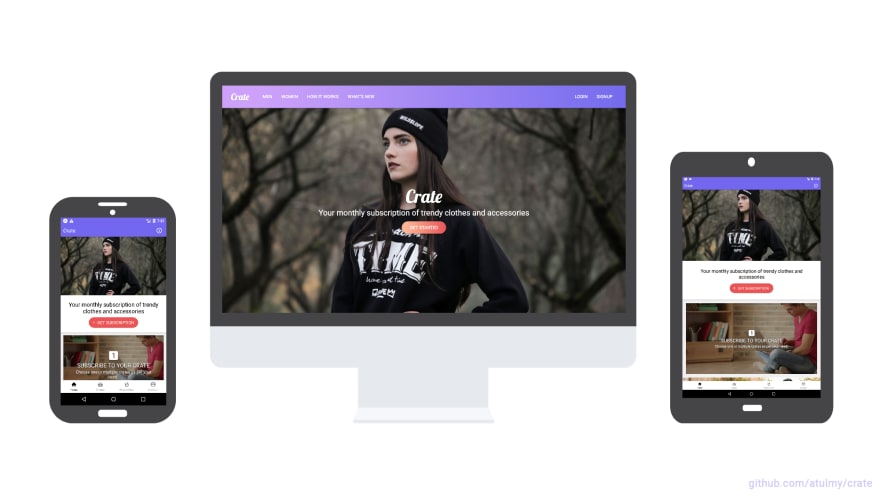 Get monthly subscription of trendy clothes and accessories.

Do you ever listen to music on Apple Music, Spotify or Google? This project is a clone of the first one, and even comes with a backend that you can use. Want to build your own backend? There are instructions to do that yourself. On the frontend React is used together with Redux and Redux Thunk, providing you with an extensive example to get started with Redux for state management. The project isn't supporting React Hooks yet, so consider that a challenge and see if you can refactor it 😎.

Connect with me on LinkedIn! I'll be graduating soon ;)

How far can JavaScript take us?

Check out a live demo here 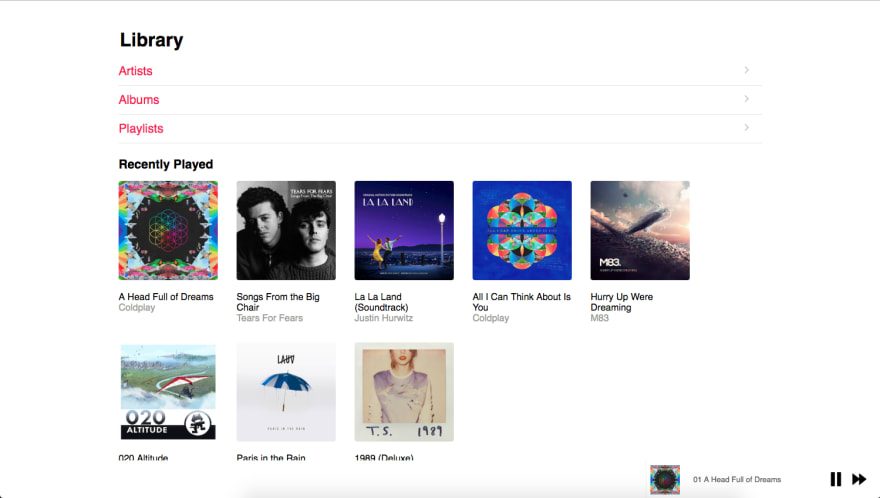 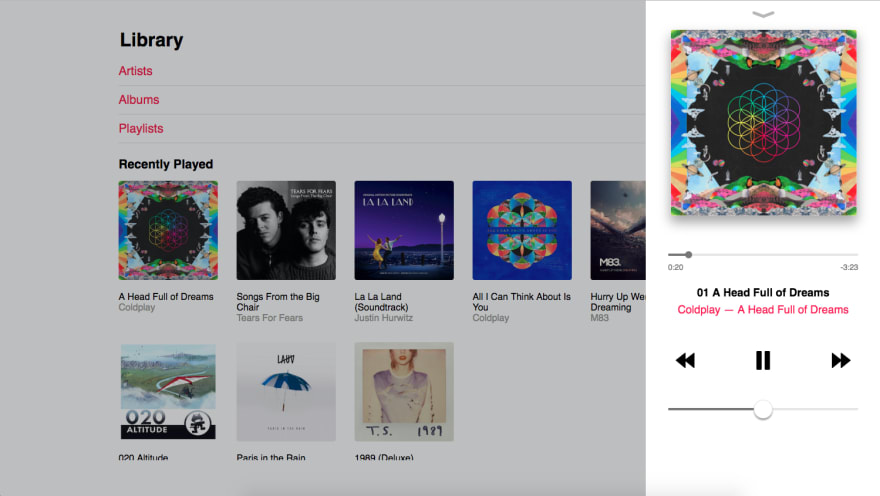 I'm in my fourth year of college, and it's been super cool to see how much I've improved and continue to improve all aspects of programming.

The API is hosted on a Raspberry Pi, and it's kept private (but still accessible if you try) so that it doesn't get overloaded. If you're interested in building your own backend to plug into this tool, here's what my database and endpoints look like:

There are six required columns:

If you're working as a developer for a company, than there's a big chance you've been using Slack as a communication tool. What better to learn from than by creating a clone of a tool you use every day? This Slack clone by Luke Jackson is using React and the popular product ChatKit that lets you easily create advanced chat applications. You can get started for free by requesting an API key. Spot any bugs and willing to start contributing to open-source? There are open beginner friendly tickets in this repository.

This is a static, single page web app bootstrapped with create-react-app for ease of setup, distribution and development. It is a thin UI wrapper around the pusher-chatkit-client library to demonstrate how different features can work together to form a compelling real-time chat client with various potential product applications.

The Chatkit SDK allows you to implement features you would expect from a chat client. These include:

Want to get involved? We have a bunch of beginner-friendly GitHub issues.

The demo attempts to be feature complete according to documentation here. Feature requests should be made via issues or pull requests to this repository.

Not only is Hacker News a great source for news related to programming and technology. It also is a classic amongst developers and often the starting point for demos of showcasing new frontend frameworks or languages. This particular project by Clinton D'Annolfo has done that by using React and GraphQL on the frontend, together with a server running on Node.js and GraphQL. As a bonus Next.js is added to support Server Side Rendering (SSR).

This project is a clone of hacker news rewritten with universal JavaScript, using React and GraphQL. It is intended to be an example or boilerplate to help you structure your projects using production-ready technologies.

What do you think of these projects? Hope they can help you with boosting your React skills, and don't forget to leave any feedback 😄!

React.js VS Solid.js, As A Beginner Which Should You Learn?

Once suspended, gethackteam will not be able to comment or publish posts until their suspension is removed.

Once unsuspended, gethackteam will be able to comment and publish posts again.

Once unpublished, all posts by gethackteam will become hidden and only accessible to themselves.

If gethackteam is not suspended, they can still re-publish their posts from their dashboard.

Once unpublished, this post will become invisible to the public and only accessible to Roy Derks.

Thanks for keeping DEV Community 👩‍💻👨‍💻 safe. Here is what you can do to flag gethackteam:

Unflagging gethackteam will restore default visibility to their posts.