Most of us are well aware that Kubernetes is a 'Container Orchestration Tool'. Naturally, it shoulders the responsibility of learning Kubernetes components and architecture, adhering to its working. This open-source platform that deploys and manages the containers is of great help during your productivity that is economical and undoubtedly a future proof solution. But how does the architecture help in achieving all these goals? 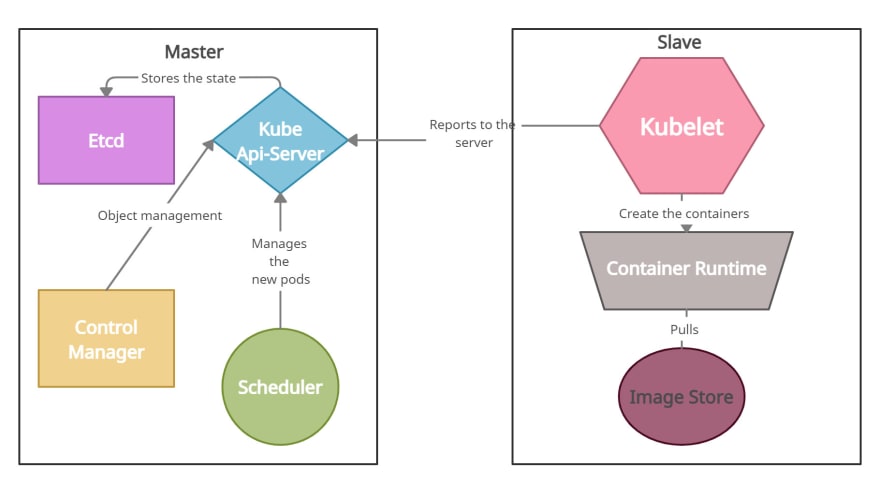 Feel like catching a fleeting glance of Kube? Then you ought to check his out.

As we are all aware, the purpose of using Kube is to host your application in the form of containers to automatically deploy your application's instances as many as you require. Here in the Kube Kingdom follows the working principle according to the 'Master-Slave Architecture'. On the Slave side, we have the hard-working Labourers and the monitoring Supervisors forming the Worker Nodes which deploy the applications and carrying the containers with the consent of the Master node.

On the other side of the architecture, we have the King playing the role of master, who guides and is the prime decision-maker for all the deployments. The Master node manages the Kubernetes cluster concerning different nodes and the destination of the containers. Let's get into the detail of the components of the master node.