This is part of the Angular Forms Story series:

More than once, while developing forms in Angular application I had to template hack {{form.value | json}} and {{form.valid}} and form.pending while editing to check if my form control was actually doing what I wanted it to do.

Wouldn’t it be nice if there was a component to show me all the info about the form?

So I created it: 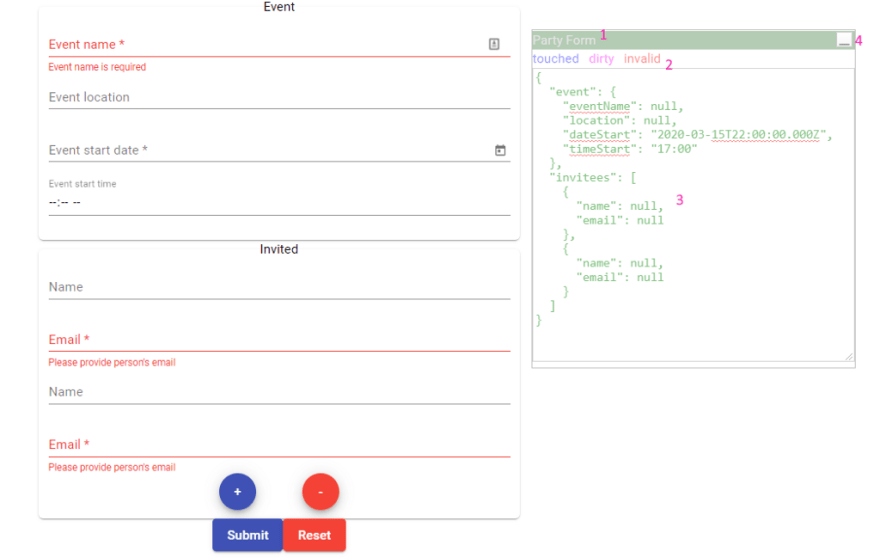 See it in action :

Making it a directive and supporting older Angular versions is on the roadmap. It now needs Angular v5 at least — due to using Metadata version 4

Go check it out and submit issues at https://github.com/gparlakov/forms-typed/issues.

I am working on a few Open Source Angular Dev Tooling projects. Check them out at: