I took a system which used to have ~120 resources, deleted half of it, and replaced those resources with one VM. The new system isn’t just simpler - it performs better than the old one.

Oftentimes when I read infrastructure guides for deploying a workload on AWS the guide is walking me through how to use and coordinate a half dozen AWS services to do something simple, like run an API. Don’t do that. Do what I did. Apply KISS (Keep It Simple Stupid) to your infrastructure to meet your infrastructure needs.

https://intelligentrx.com gives people discount coupons for prescriptions. It is written in Vue.js and .NET and runs on AWS. 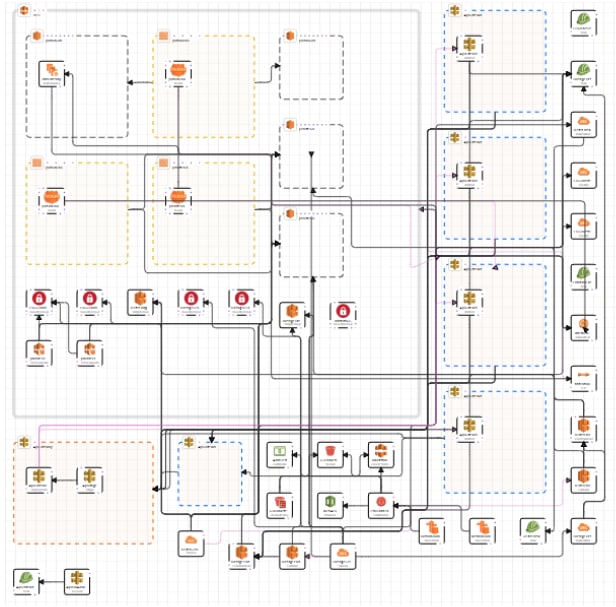 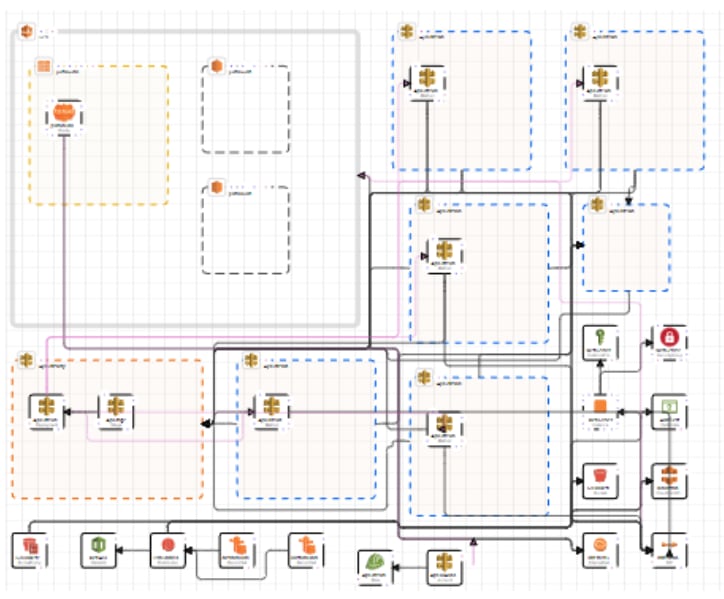 It now contains half of the resources it used to contain.

Let’s compare these two setups based on the original goals.

The second setup is the clear winner.

The old setup deployed into ECS (Elastic Container Service [runs container images on EC2 for you]). The new setup builds a new container image, restarts the website which is hosted on a t2.large EC2 VM, and then the VM automatically pulls the new image and runs it with Docker Compose.

Yep, that’s right: I took a system which used to have ~70 CloudFormation resources between ECS and the networking resources and Redis and put it all on one chonky VM. Right about now some of you are thinking I’m crazy. Let’s look at the most obvious questions / potential problems with this setup.

My biggest fear with this change was that the website would not be able to handle a sudden influx of requests. ECS is more complex, but it also scales. With a single VM on EC2 “scaling” involves manually changing the VM size. That’s not practical if the site has a sudden burst of traffic. 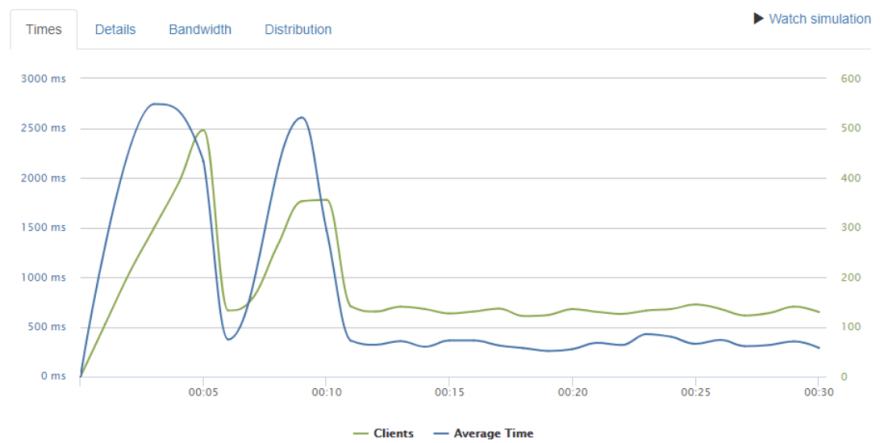 It can handle 400 requests per second too, although the average response time jumps to 1.1 seconds per request: 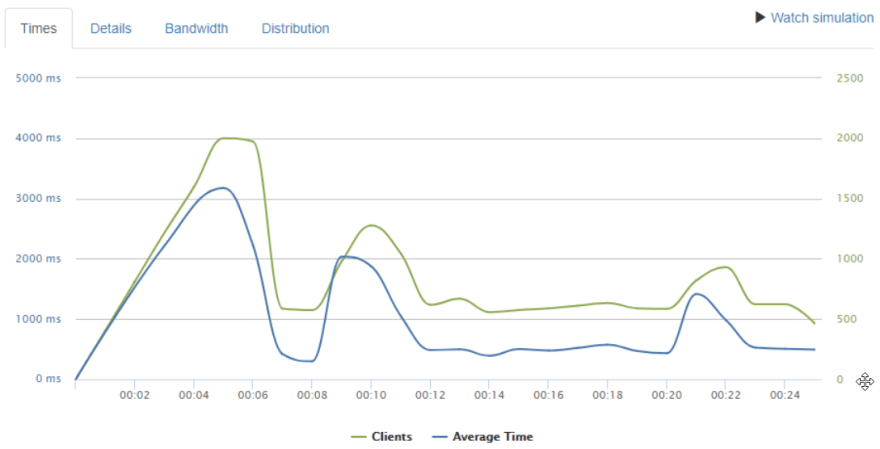 Regardless, being able to service 400 requests per second is more than enough for this website.

But What About Other Stress Tests?

Other stress tests can cause the website to fail, but not for want of trying: the parts which fail are 3rd party, not this VM or the AWS infrastructure.

So You Traded Away Reliability For Simplicity?

I don’t know why I used to believe ECS would be more reliable than using a VM. In my experience, it has been less reliable because it takes longer to deploy a new version, resulting in more downtime when the continuous deployment pipeline runs.

[Edit] When you restart the VM, isn't there downtime?

Yes. As commenters pointed out, this does cause prod downtime while the VM restarts, pulls the new image, etc (1 - 3 minutes in my experience). I compensate in my frontend code with (pseudocode):

This only works if your frontend is hosted somewhere else, like in CloudFront. Readers of this post, please recognize that this approach has some asterisks. There are good performance, observability, and reliability reasons for why I still have 600 lines of yml in my CloudFormation template. For example, I use CloudFront to distribute the frontend's code, stored in S3, via a CDN. However, these other features and components have been easy to maintain and deploy quickly, unlike the dozens of components required to set up load balancing to auto-scaling ECS, which this post's approach replaces.

Does This Really Save Time?

YES! Ways I have saved time:

When I make a code change and push, the CI/CD pipeline kicks off:

These are the steps you can take to develop such a system yourself:

I cut deployment times, made debugging easier, and did it all in just a couple billable hours. When I started, I didn’t know anything about systemd or EC2 or Docker Compose, but now that I’ve experienced these tools I’m definitely going to use them again. I’d encourage you to give it a try too! Perhaps you will see the same time savings I am currently enjoying.

Once suspended, gregoryledray will not be able to comment or publish posts until their suspension is removed.

Once unsuspended, gregoryledray will be able to comment and publish posts again.

Once unpublished, all posts by gregoryledray will become hidden and only accessible to themselves.

If gregoryledray is not suspended, they can still re-publish their posts from their dashboard.

Once unpublished, this post will become invisible to the public and only accessible to Gregory Ledray.

Thanks for keeping DEV Community 👩‍💻👨‍💻 safe. Here is what you can do to flag gregoryledray:

Unflagging gregoryledray will restore default visibility to their posts.