Setting up Tailwind with React

Without talking anymore lets jump right into the tutorial

First we will start our react project in the normal way

Right when you see the Happy Hacking Text in your screen, then you know that its done 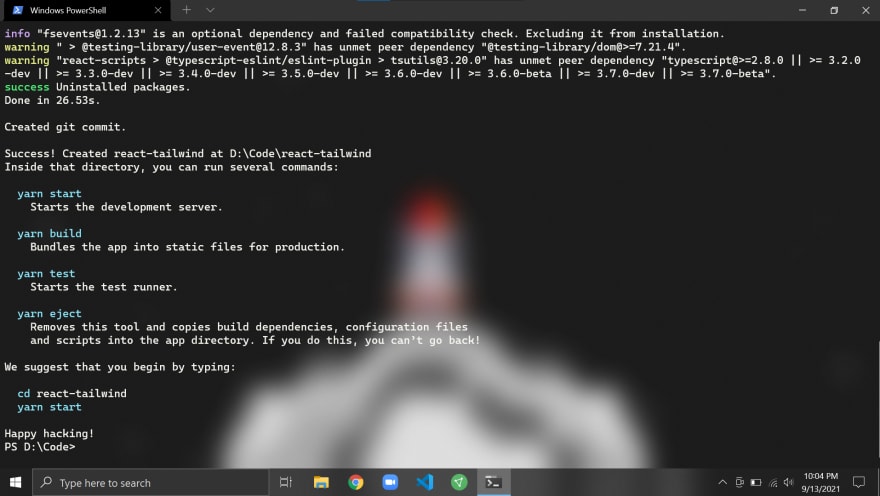 Cd into the Folder and lets start editing and stuffs!

Open your code editor. (Mine is VSCode)

Now open your terminal and Install the following things.

Now Create output.css and tailwind.css Files in the src folder like in the structure given below. 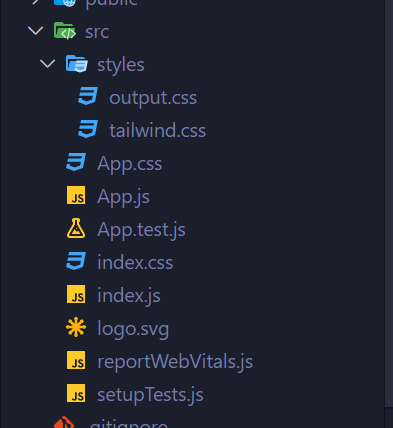 In the tailwind.css file, Paste this code.

Leave the Output.css file empty because it will be taken care of Postcss.

Now enter the following two commands in the Command Line:
(Works with both yarn and npm)

Now we have to edit the Following Lines in package.json

Now in order to wrap up and actually code in tailwind we have to import the following line in out App.js file.

Now start the project and play with Tailwind yourself!

We are all good. We can now use tailwind in our react project!

HOLD UP! But there is no Intellisense :(

First of all it is all bland and there is no suggestions on what will we do.

Simply search Tailwind in the extensions tab and install the first one :) 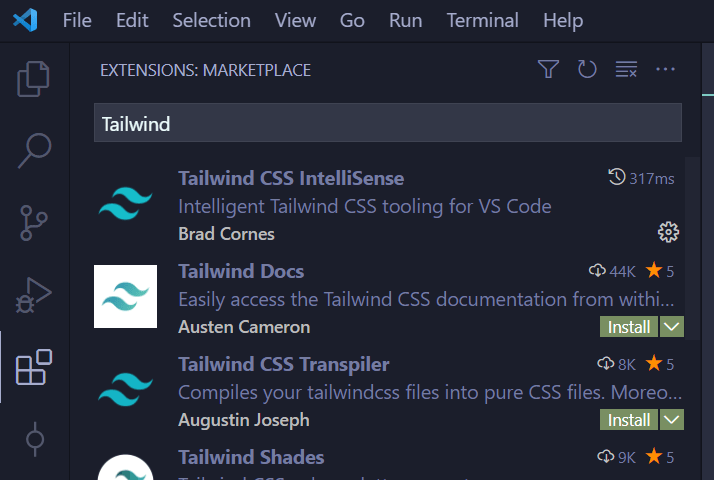 Restart your code editor and now we have awesome Tailwind Intellisense! 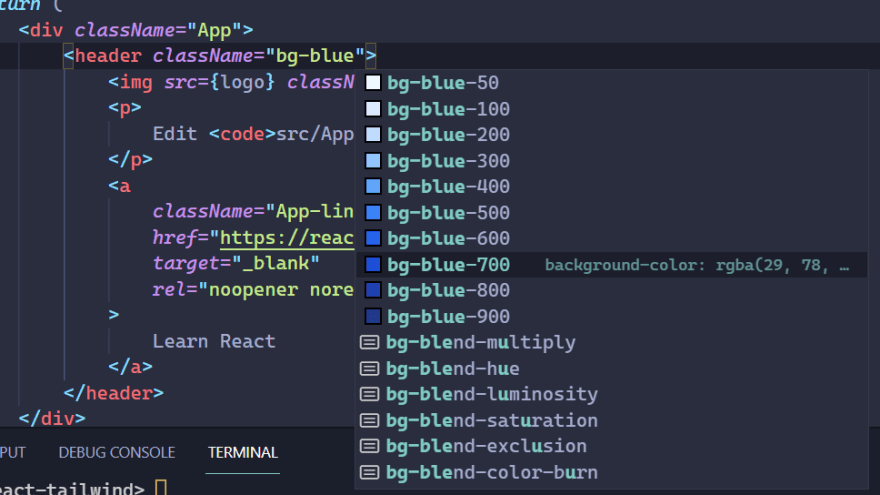 Why We're Breaking Up with CSS-in-JS

Once suspended, hasibrashid will not be able to comment or publish posts until their suspension is removed.

Once unsuspended, hasibrashid will be able to comment and publish posts again.

Once unpublished, all posts by hasibrashid will become hidden and only accessible to themselves.

If hasibrashid is not suspended, they can still re-publish their posts from their dashboard.

Once unpublished, this post will become invisible to the public and only accessible to Hasib Al Rashid.

Thanks for keeping DEV Community 👩‍💻👨‍💻 safe. Here is what you can do to flag hasibrashid:

Unflagging hasibrashid will restore default visibility to their posts.