In this post we are going to go over the function and purpose of different elements of my node application boilerplate structure.

To run the application, you will need some data in MongoDB as discussed in the first post of this series. If you didn't catch that, run back to do that part, or else you can follow along just without running the application.

As also noted in the first post, we will be working off this repo so grab it if you haven't already.

I'm briefly going to talk about the different things that make up this project. This is definitely a minimal project structure. It could be more complicated.

For the reasons I want this project skeleton, simpler is better. I want it to serve as a very lightweight starting point.

The basic top level structure of the project looks as follows: 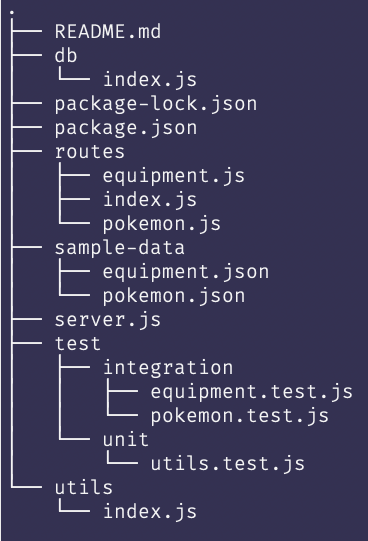 For the work we will be doing on this app, we have two main resources: equipment, and pokemon. Each resource will have a route file with all the logic needed to perform read and write operations on those resources.

Below, you can see the basic skeleton of a route file. The structure is pretty uniform, router.<HTTP verb>, with logic within. We will be authoring full logic for a route in the next post.

There is a lot more to get into here than we will explore, but we are going to make good use of MongoDB commands to work with our data set. If you have a relational database background and haven't worked with mongo before, all you really need to know is that it isn't difficult to find mongo counterparts to most constructs and capabilities in SQL.

Below you can see a few examples from the MongoDB docs of conversion guides between SQL/Mongo. 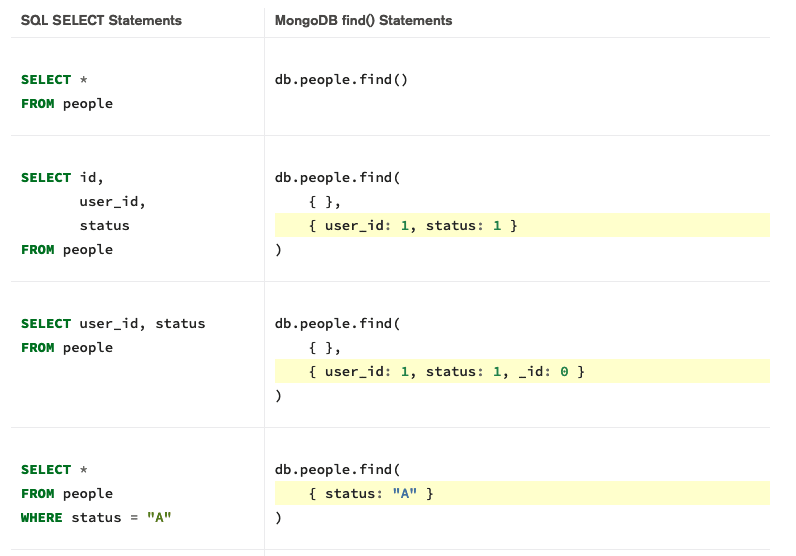 This guide is a whirlwind tour of the NodeJS ecosystem, but this is a brief guide to some of the functionality we will use in our tests.

In Part III, we are going to do our own work building some endpoints and tests out. Stay tuned for the conclusion to this series.

How to Build a Command Line Interface (CLI) Application with Node.JS👨‍🎓🤓.

Build a Node.js API in Under 30 Minutes