Visual Studio Code is an open-source, lightweight and powerful code editor developed by Microsoft. It supports Linux, macOS and Windows, and runs on the Desktop operating system. It has a built-in support for Node.js, TypeScript and JavaScript. You can add other language support including, Python, Go, PHP, Java and C++ with the help of extensions. It has a lot of features including, debugging, Git control and GitHub, syntax highlighting, snippets, intelligent code completion and code refactoring.

In this tutorial, we will show you how to install Visual Studio Code On CentOS 8.

If you want to create a new VPS server, Login to your Atlantic.Net Cloud Server. Create a new server, choosing CentOS 8 as the operating system, with at least 2 GB RAM. Connect to your Cloud Server via SSH and log in using the credentials highlighted at the top of the page.

Once you are logged into your Ubuntu 20.04 server, run the following command to update your base system with the latest available packages.

By default, Visual Studio Code is not available in the CentOS 8 default repository. So you will need to add its repository to your system.

First, import the key with the following command:

Next, create a Visual Studio Code repo with the following command:

Save and close the file when you are finished.

You can now install the Visual Studio Code package by running the following command:

Once the installation is completed, you can verify the installed package using the following command:

You should get the following output: 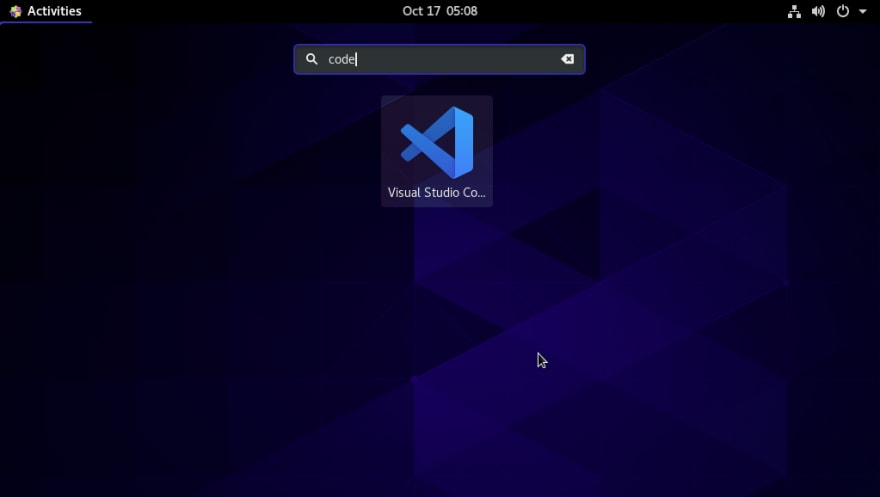 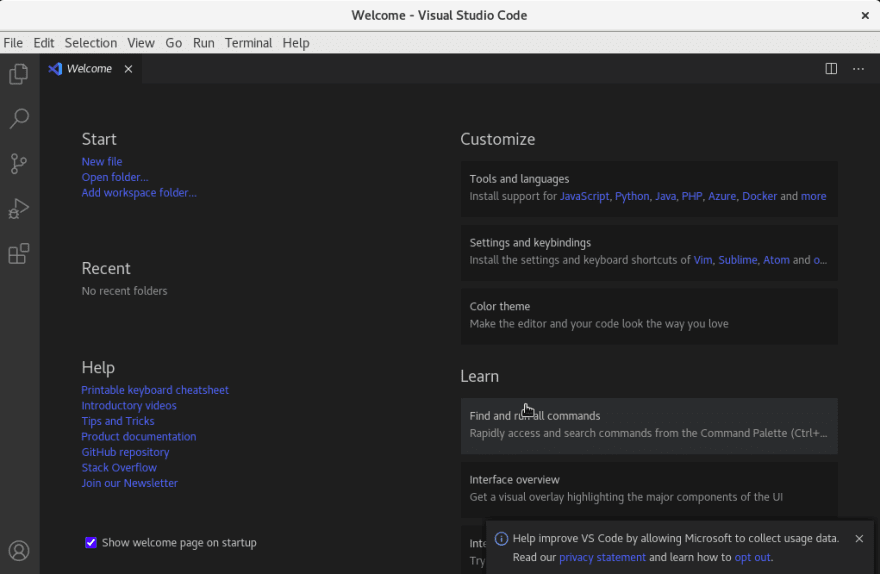 You can now proceed and start writing your code and installing your preferred extensions.

In the above guide, you learned how to install Visual Studio Code on CentOS 8 desktop system. It is a very useful code editor for a developer that helps to develop any applications.

If you would like to host your application on the cloud server then I would recommend to try Atlantic.net Cloud and get started with one full year of free VPS hosting in the cloud!

How the find Command works on Linux

My experience with linux, and Why I prefer this operative system for programming?

Once suspended, hitjethva will not be able to comment or publish posts until their suspension is removed.

Once unsuspended, hitjethva will be able to comment and publish posts again.

Once unpublished, all posts by hitjethva will become hidden and only accessible to themselves.

If hitjethva is not suspended, they can still re-publish their posts from their dashboard.

Once unpublished, this post will become invisible to the public and only accessible to Hitesh Jethva.

Thanks for keeping DEV Community safe. Here is what you can do to flag hitjethva:

Unflagging hitjethva will restore default visibility to their posts.