Ruby devs are probably all too familiar with seeing this error:

If you're not familiar with this error, you can check out Ben's post on it:

Most of the time, the error is probably due to a typo, but every now and then we end up having to do something like:

If you're on Rails, or are using ActiveSupport, you can use present? or try():

In Ruby 2.3.0, they introduced the safe navigation operator &. which returns nil when called on a nil object, like so:

This can be pretty handy when you're not in Rails-land or just want some compact code.

So other than the number of characters, what's the difference between ActiveSupport's try() and the Ruby safe navigation operator &.?

This also means that &. will return NoMethodError if called on false, whereas doing a presence check would return false before attempting to call the method. I'm not sure when this scenario would come up, but it is good to be aware of.

Is this a code smell?

The safe navigator isn't inherently bad. In fact if you have something like this in your code foo && foo.bar Rubocop will admonish you for not using safe navigation.

However, using &. too often in your code is probably something to avoid. Relying on safe navigation encourages the bad habit of passing around nils, it can make bugs harder to find, and personally I find it can make code harder to read.

For example, I had this piece of code:

At first it seems pretty innocuous, I was getting a NoMethodError (undefined method 'zero?' for nil:NilClass), the fastest thing to do was just toss the safe navigator on there and move on. However, if I left it that way, I'd just run into the error again if I tried calling another method on the results of mean() somewhere else in my code. Does that mean going around tagging on safe navigators everywhere I called mean()? No way! The answer was to look at why a method called mean() was returning nil to begin with and refactor the method.

The safe navigation operator should only be used when nil is an acceptable result, but more often than not, you don't want to be returning or passing nil anyway. If you're leaning on &. too often or you find yourself with code that looks something like:

It's time to take a closer look at refactoring your code. The 'Null Object Pattern` could be one potential solution (and potentially a future post for me to write🤔). 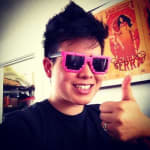 Something out of Nothing: Null Object Pattern

Once suspended, hkly will not be able to comment or publish posts until their suspension is removed.

Once unsuspended, hkly will be able to comment and publish posts again.

Once unpublished, all posts by hkly will become hidden and only accessible to themselves.

If hkly is not suspended, they can still re-publish their posts from their dashboard.

Once unpublished, this post will become invisible to the public and only accessible to hkly.

Thanks for keeping DEV Community 👩‍💻👨‍💻 safe. Here is what you can do to flag hkly:

Unflagging hkly will restore default visibility to their posts.