What is Continous Integration (CI)? Why Travis CI?

Continuous Integration is the practice of merging in small code changes frequently - rather than merging in a large change at the end of a development cycle. The goal is to build healthier software by developing and testing in smaller increments. This is where Travis CI comes in.

As a continuous integration platform, Travis CI supports your development process by automatically building and testing code changes, providing immediate feedback on the success of the change.

Travis CI can also automate other parts of your development process by managing deployments and notifications.

Once this is done, you can open the folder docker-react-app in any code editor (like VSCode)

The following folder structure will be created 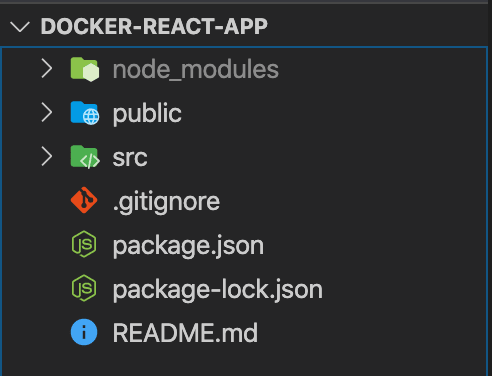 What is a Dockerfile?

A Dockerfile is a text document that contains all the commands a user could call on the command line to assemble an image.

Checkin all changes to Github Repo

At this stage checkin all the files to github. Here is my link to github repo for the "docker-react-app"

Assuming you have account in Travis CI using your Github account gives Travis CI access to the github repos. Select the "docker-react-app" from the list of repos and switch it on as shown in the snapshot. 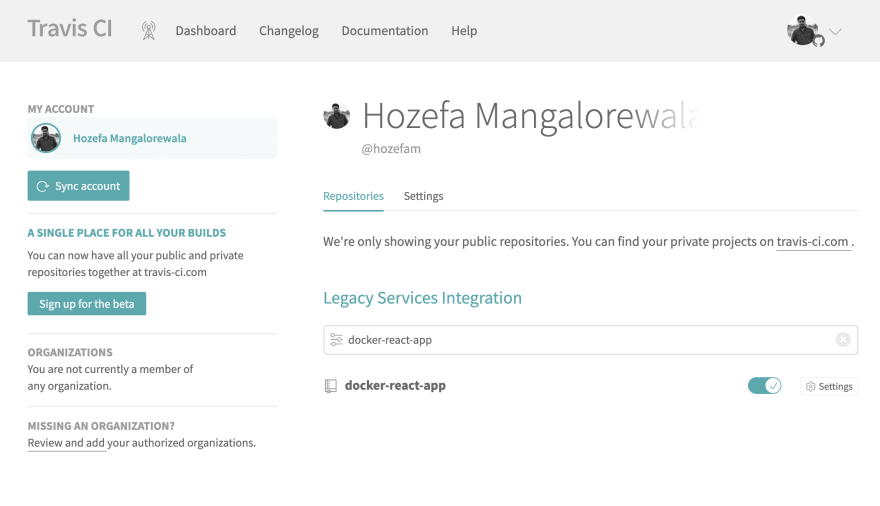 Now that Travis CI and Github are hooked up, we need a YML file called .travis.yml to be added in the application as this would contain the instructions you want Travis to perform with the code when the build is triggered.

AWS Elastic Beanstalk is an easy-to-use service for deploying and scaling web applications and services developed with Java, .NET, PHP, Node.js, Python, Ruby, Go, and Docker on familiar servers such as Apache, Nginx, Passenger, and IIS. 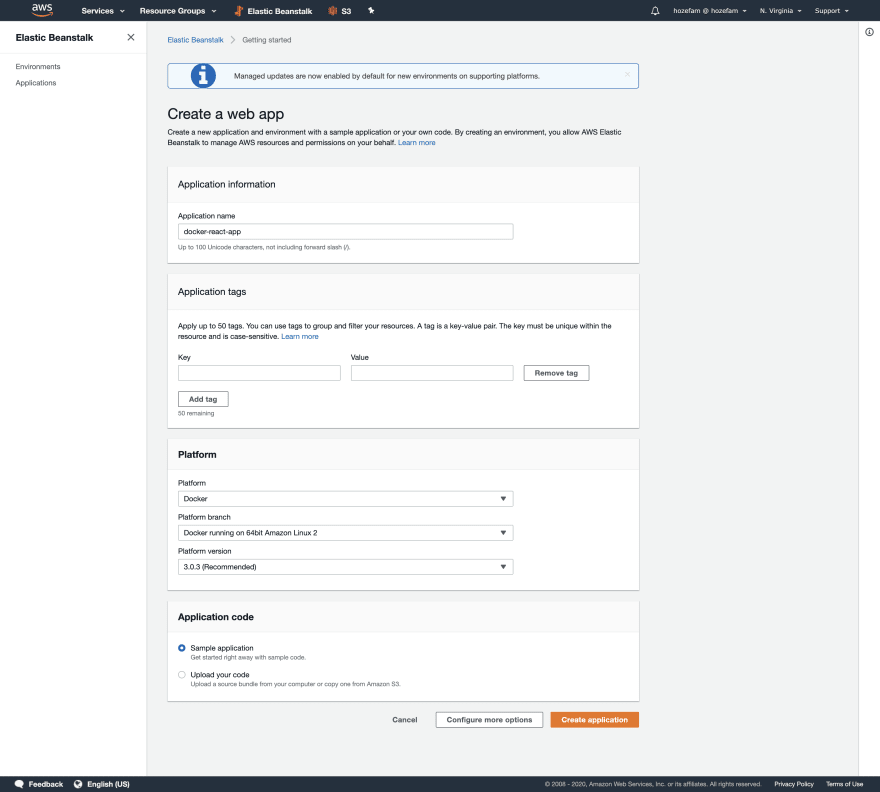 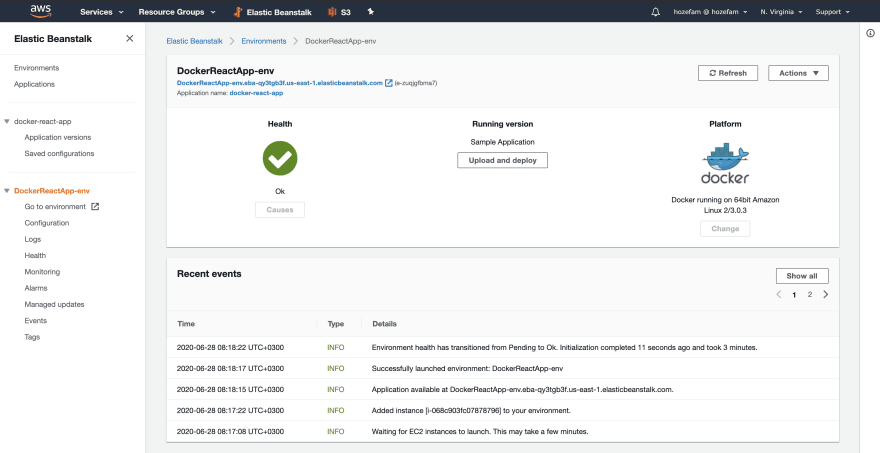 In the last step you will see the access key id and Secret access key. Please note these values and keep it safe, we will use it in Travis CI settings in next step.

Navigate to S3 Service and depending on the region of the EBS create a folder in the appropriate S3 bucket. Name of the folder should be same as the app name docker-react-app in this case.

Add the following step at the end of .travis.yml filee

The complete .travis.yml file should be as

If all goes good, the react app will be live at the EBS url like this

Congrats you have successfully created a production grade workflow.

NOTE: If you don't want to incurr the AWS costs be sure that the EBS application is deleted.

Get a Head Start on Your Career with React! A short intro

Hozefa Mangalorewala
Why I Decided to Invest in My Portfolio as a Junior Developer
#webdev #career #codenewbie #help
10 GitHub Repositories You Should Know as a JavaScript Developer
#webdev #javascript #react #node
What was your win this week?
#discuss #weeklyretro

Once suspended, hozefam will not be able to comment or publish posts until their suspension is removed.

Once unsuspended, hozefam will be able to comment and publish posts again.

Once unpublished, all posts by hozefam will become hidden and only accessible to themselves.

If hozefam is not suspended, they can still re-publish their posts from their dashboard.

Once unpublished, this post will become invisible to the public and only accessible to Hozefa Mangalorewala.

Thanks for keeping DEV Community 👩‍💻👨‍💻 safe. Here is what you can do to flag hozefam:

Unflagging hozefam will restore default visibility to their posts.