Hello Devs, This is the second article I'm writing about how to develop mobile apps with Python and the kivy framework.
Last time we talked a little about kivy and we were able to compare it with other mobile frameworks. We also compared it to flutter and saw the valuable advantages it has over it.
Today, we're starting our first phase of learning the actual Kivy framework.

Kivy in a nutshell

Let's talk about Kivy's structure for a second.
Kivy is built on top of SDL2, a powerful C graphics library. The link between the SDL2 C code and the Python code built on top of it is built using Cython.
The kivy project folder contains various python modules. You will not be able to interact with all these modules directly, because some of them are abstract and are used to implement concrete modules.
That being said, the main modules in the kivy package that you will interact with the most are:

Proceeding, those aren't the only modules you will need to build an optimized app. However, they are the basic parts you'll not miss out while building any app in Kivy. But what exactly is contained in these modules, let's find out.

if you're using python interactively, you'll see something like this on Windows 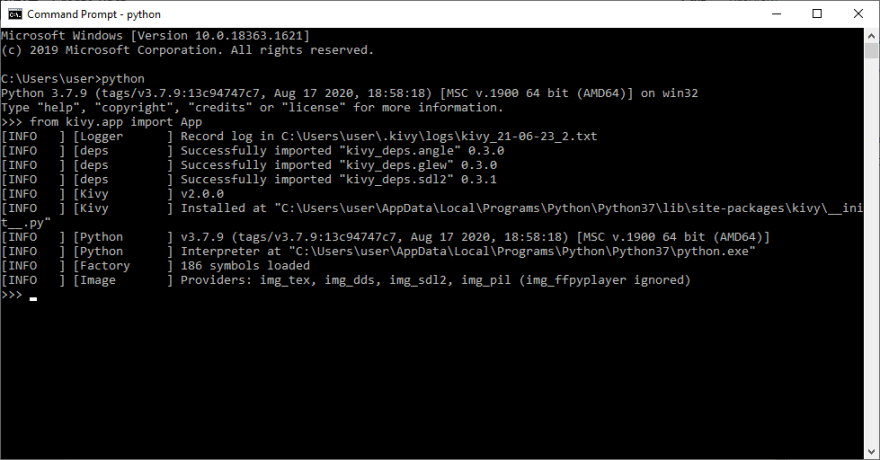 Kivy will start up some dependencies that it relies on such as SDL2, Gstreamer and many others. Once the loading process is done, now you can start building some UI elements.

The uix module is one of the biggest kivy modules. It contains the implementations of all of Kivy's UI elements suchs as buttons,labels,text inputs and many others.
The uix module contains submodules that are written in small letters. The submodules contain classes with the same name as the submodule, but with the first letters capitalized.
for example

use what we have so far

Lets see how we can display a simple button in kivy.
here we go

Alright, if you very new to a framework, seeing code like this might throw you off a little. This is actually simple code to read, but the questions on how it works are the most aching. Let me try to answer some here.
First, we imported our App class like we discussed above. However, this class is an abstract class, that is, it has "empty" methods that need to be implemented by the subclass or child class.
One of those abstract methods is the build method. This method returns the root widget of the Kivy application that shall be ran.
In our build method, we returned a button widget as our root widget with "my-first-button" as our display text.
Finally, we used the standard default conditional statement to run the script and we called the run method of our ButtonApp. the run method is actually implemented in the App abstracted class which we subclassed.
Once we run this script, we get a big gray button that fills up the entire app window. The button turns blue when pressed and changes back to gray when released. 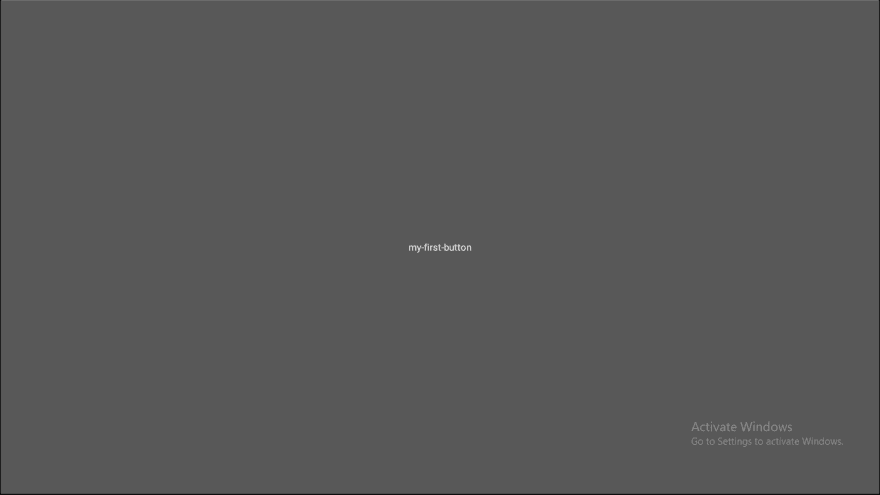 That's it for today. I've just merely given you a glimpse about kivy. It surely gets more complicated than that. However once you master this framework, the apps you'll build will be incredible.
We shall keep discussing the rest of the modules as time goes on. For today however, this is where it ends

Learn Automation in Python with 7 Projects

Once suspended, htthomas will not be able to comment or publish posts until their suspension is removed.

Once unsuspended, htthomas will be able to comment and publish posts again.

Once unpublished, all posts by htthomas will become hidden and only accessible to themselves.

If htthomas is not suspended, they can still re-publish their posts from their dashboard.

Once unpublished, this post will become invisible to the public and only accessible to TobiasHT.

Thanks for keeping DEV Community 👩‍💻👨‍💻 safe. Here is what you can do to flag htthomas:

Unflagging htthomas will restore default visibility to their posts.