Flask is a lightweight WSGI web application framework. It is part of the categories of the micro-framework with little to no dependencies on external libraries. It doesn't enforce any dependencies or project layout. Because of which you will find plenty of different project layouts out there.

While I started working on Flask, I got confused to choose the correct layout for my applications. In this post, we will discuss some of the important points to keep in mind while structuring a Flask application with the help of my Flask Boilerplate project.

A Flask Boilerplate to quickly get started with production-grade flask application. It has some additional packages pre-configured for ease of development.

When I started working on a flask application for the first time, I had a tough time figuring out the correct structure and packages to achieve the necessities of my flask app. Hence, I decided to make this very basic lightweight boilerplate available for the community while I figured out the structure working on multiple live projects in the past.

When we start a project from scratch, especially the backend services, there are some basic functionalities that it should possess. The following are some of the points in building up an efficient app explained concerning this flask boilerplate.

Flask applications generally have many variations in their folder structure. The choice of keeping files in different folders is dependent on an individual/team/project type. On a high level, flask application can be created even with a single page or via a factory pattern method. Let's talk a bit more about the concepts here:

Well, in this boilerplate, there's one blueprint core serving as a base and more can be added later as shown below:

So, the folder structure looks as 👇

One of the most important steps is to create a virtual environment for python projects to manage dependencies. There are various python packages for this purpose such as virtualenv, pyenv, etc. This boilerplate uses pipenv to address all the issues that I have faced using other packages for managing dependencies. Pipenv automatically creates and manages a virtual environment for your projects, as well as adds or removes packages from your Pipfile as you install/uninstall packages.

Though not directly related to an app, your workspace setup does affect your app creation process. Hence, setting up a workspace is a major step to speed up your working environment. I have written a post that specifically talks about setting up a python workspace in a visual studio code editor which you can refer and quickly get started ✌️ 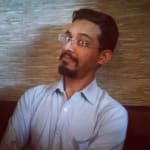 Configuring a Flask app (or maybe any app) generally requires a lot of effort (if we are not experienced). In general, there can be 2 aspects to it -

Logging is a means of tracking events that happen when some software runs. We add logging calls to our code to indicate that certain events have occurred.

Authentication can be added authentication as per the need of the application. To start with, this boilerplate has API-Key based authentication whereas the API-Key is declared in .env file. In file, authentication.py, a decorator looks for x-api-key header in the request and returns 401 in case of mismatch. Once you have set up the app, you can test the test route (/core/restricted) for the same via curl with your API key set in .env.

To keep the boilerplate as light as possible of the packages, it does not have any database package added. But worry not if you want to add one. 😌 It is pretty easy to configure the database as this boilerplate is created via the factory pattern method along with environment-based configuration as discussed in the above points. Let's take an example of one of the popular library - SQLAlchemy.

The configuration would be read directly from app.config which we have loaded from config.py.

Task queues are used as a mechanism to distribute work across threads or machines. Commonly, even a small microservice would require to run tasks in the background (async). Hence, this boilerplate comes with a pre-loaded popular task queue Celery.

The configuration is quite simple as we are using Flask's factory pattern. We have also added a separate customized logger for celery logs which writes to a separate configurable file celery.log. Running celery is as easy as just running a command celery worker -A celery_worker.celery -l=info (from the root of our project).

Flask Documentation provides a very good list of deployment options and the necessary steps as well. Also, you can refer to my earlier post on Deploying the Django application which is similar for flask application as well (with some minute changes). 😄

Deploying Django with Celery and Redis on Ubuntu

We already covered a lot of points but two main aspects of having a robust microservice are to have an efficient validation and caching capability. This boilerplate comes with following two packages to achieve the same:

🤓 Getting started with flask boilerplate

So far we talked about most of the points an ideal project requires that comes pre-loaded with this boilerplate. Whatever may be your use case for creating an app such as an email service, a communication service, reporting service, or even a microservice, you can use this boilerplate with minimal customization.

You can start using flask boilerplate using the following installation steps and kick start your project!

All set! Flask boilerplate is up and running and waiting for you to write some cool stuff from it 🥳

If you find this helpful or have any suggestions, feel free to comment. Also, do not forget to hit ❤️ or 🦄 if you like my post.

Pictures are a worth a thousand words

Once suspended, idrisrampurawala will not be able to comment or publish posts until their suspension is removed.

Once unsuspended, idrisrampurawala will be able to comment and publish posts again.

Once unpublished, all posts by idrisrampurawala will become hidden and only accessible to themselves.

If idrisrampurawala is not suspended, they can still re-publish their posts from their dashboard.