Suppose you are asked what would happen if you run a file which has only one line of code console.log(arguments) in the Node.js environment. What would be your first guess?

You might think that it would return a reference error saying arguments is not defined. But that is not the reality. If you actually try to run it, it would give you some output that would look like the one shown in the image below 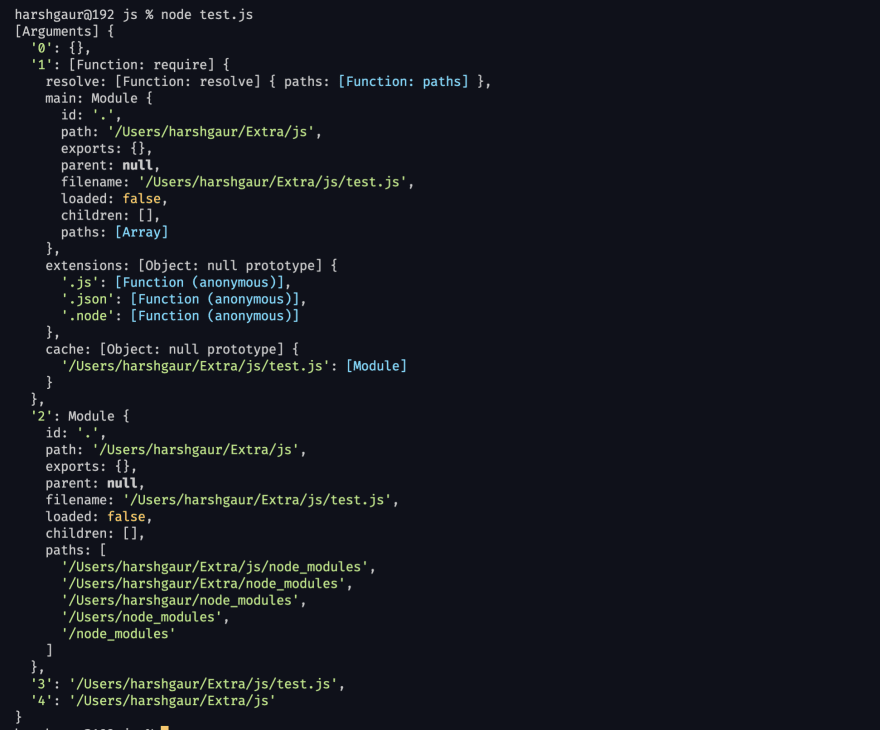 In Node.js every file has a wraps every file it executes with a function and thus console.log(arguments) prints the 5 arguments that node passes to that wrapping function.

To understand it better here is a commented code which tells how it happens.

Here, as we see the wrapper function has 5 arguments namely,

Interestingly, you might have used some of these here and there but, like me, you have just now figured out why it happens.

Here are some of the articles that I found quite helpful to understand and play along with the wrapper functions.

Everything you should know about module and exports

How to bind events to dynamically created elements in JavaScript