Railroads were crucial for fueling the fires of the 19th century industry. Whoever had the greater capacity to move ever more workers and materials between cities and factories was ahead in the race.
There was one problem though. Every rail company decided on their own on how wide the tracks would be. Usually it was complimentary with the width of the locomotives they bought. One could only imagine the problems they faced when they needed to connect different railway systems.
Much like the railroads in the 19th century, the end of 20th century saw a race for digital connectivity. Today, in the software world, that precious resource is data. Whoever controls data, controls the innovation. And data must flow. As do trains. Well, not literally.
You get my point. 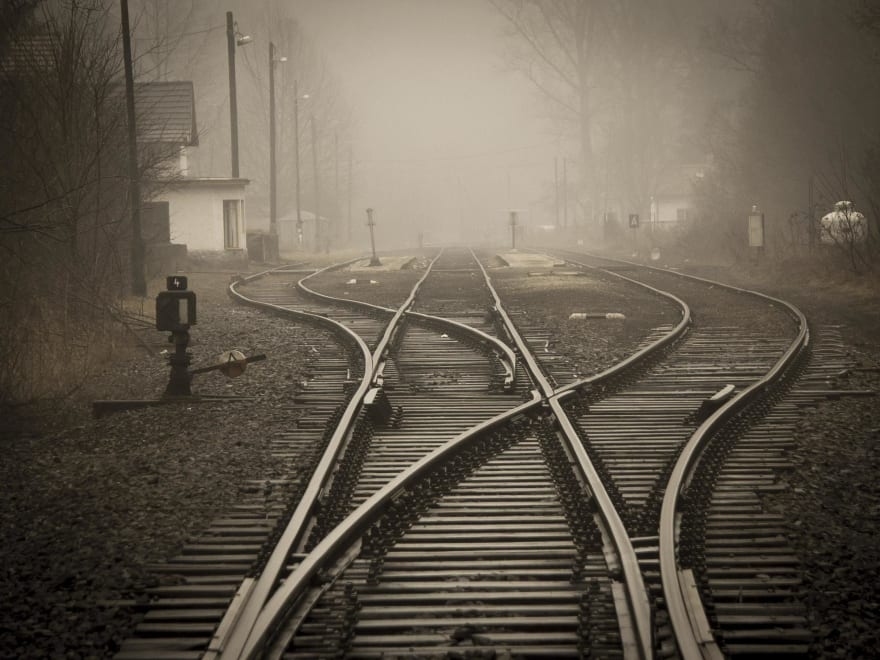 In 2019, 11 German and 11 French companies started a project with an aim to develop an efficient, competitive and secure federation of data infrastructure and service providers for the EU. For a patchwork of existing data and services, this project, called GaiaX, aims to be what railroads were for coal and factory workers - a decentralized network of interconnected data infrastructure nodes meant to facilitate the sharing of data.

Ideally, this would demonopolize the existing cloud/data giants and enable smaller companies to come together to innovate and build upon each other's collective capabilities in a manner consistent with European values of transparency, openness, data protection and security.

The idea is that everybody offers their services and data to others over transparent, secure, open interfaces shared by all entities within the GaiaX ecosystem. That gives smaller innovators a chance to compete on the market while expanding the services and capabilities of the bigger enterprises. If the project manages to create a positive feedback loop (like GPL tried with FOSS but arguably failed) it could mean a rennaisance for (cloud) software development in Europe.

GaiaX is NOT a cloud service provider, but a hub for connecting various cloud services and sharing data. So AWS is still AWS, but working inside the GaiaX framework. In the context of railroads from the beginning of this article, it's making sure that the width of all tracks is the same and that many different kinds of trains can safely transport cargo and passengers between users and companies. Or at least their data. 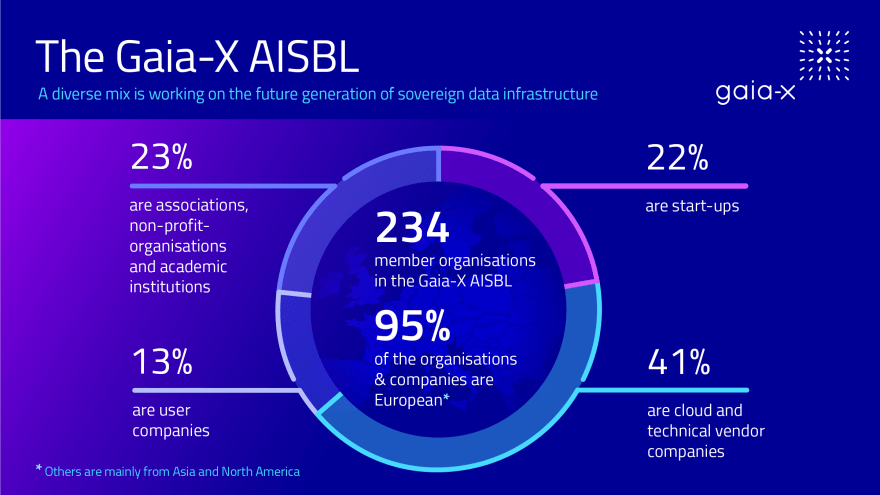 More than 500 companies worldwide are taking part in this development and the first prototypes are not even out yet. That tells us that there is a serious recognition of this project as well as a strong starting lineup gathering steam. Since it's a decentralized project anyone who agrees to the policies and implements the open-source standard can take part.

Companies like BMW, Siemens, IBM, Google, Microsoft, Bosch, Deutsche Telekom, Airbus and many others have already agreed to participate in this development and thus are creating a new European software future. Even the big tech is participating because European market cannot be ignored, and it is in everyone's interest to offer services on as many platforms as possible.

If you're an IT professional or you've watched „The Social Dilemma", you have a vague understanding of how your data is used. It's fed to the computer algorithms designed to classify, discover, extrapolate and predict behavior. It's not all gloom and doom, since the data can also be used to drastically improve existing products and services. Smart factories, IoT, medical software, economy modelling and many more areas of enterprise stand on the shoulders of cloud computing and they're getting ready to jump. 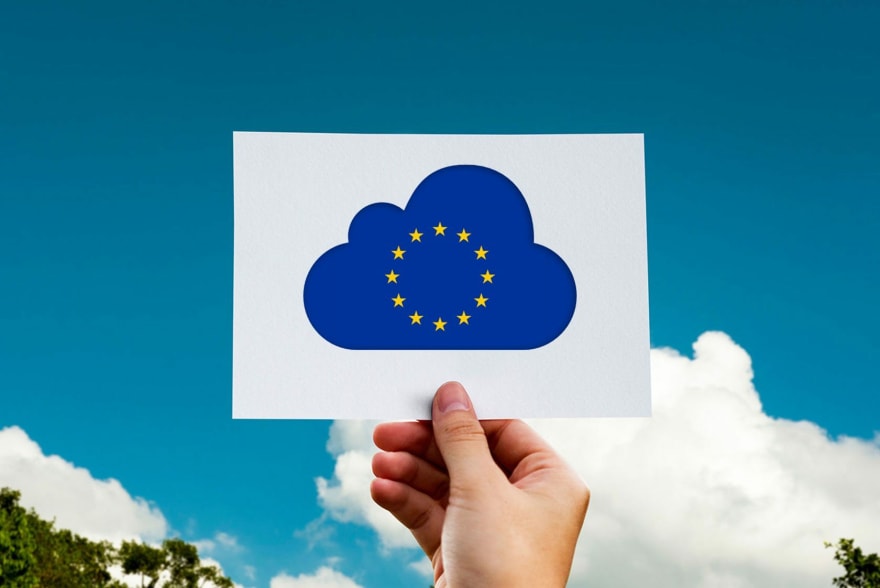 What else is EU doing?

Gaia-X is not the only measure the EU members are taking to catch up. The Digital Services Act (see more) is a legislative package proposed to the European Commission at the end of last year. It is supposed to encompass clear rules on how online service and content providers as well as intermediaries handle illegal content, collect and handle data, coordinate with law enforcement and conduct their business within the EU.

It would disproportionately target companies with large user bases attempting to level the playing field in order to give smaller (European) competitors a better chance of getting a slice of the market. There are even reports of this draft having provisions for forced sharing of data required for specific services with competing companies offering the same service. You might be inclined to boldly proclaim "protectionism!" because that is what it is, in part.

Can EU own its digital future?

Considering historical records with programs like PRISM (the espionage program revealed by courageous Edward Snowden) and numerous leaks and abuses of personal data in US and China, no one can be trusted with storing and processing data on European citizens and things (as in IoT). That is a similar legal battlefield that Europe already walked through by deploying the controversial General Data Protection Regulation (GDPR) and setting out clear expectations on how and why personal data can be collected and stored. It got a lot of grief, but it did set high standards for data privacy and security.

There are also multiple lawsuits against the big tech companies for tax evasion, abuse of market position, and mishandling of private data. It's almost embarrassing how long it takes for these things to get to court and then be enforced after the final ruling. (Who remembers the legendary Microsoft trials from the 2000s?).

Is it over-regulation or a chance for a fair fight?

In the end, if you consider the possibility of enforced data sharing through Data Services Act and enforcement of standards by the governing institution it might look a bit like socialism to some. GaiaX certainly brings more interventionism than tech companies are used to, especially since the legislature has been lagging for decades behind innovations in IT.

In reality, it doesn't have much to do with socialism as much as it has to do with getting everyone on the same page in a manner that is comfortable to European companies and citizens. In fact, considering that the project is meant to increase competitiveness and give a fighting chance to smaller companies, one might argue it's more capitalist-y than supporting monopolies by data and cloud service providers.

I think GaiaX is a great initiative that should get a bit more recognition than it currently does, especially if this year's prototype launch goes well. What I do like about it is that it's not trying to emulate the style in which the Silicon Valley succeeded. Both European and American software environments are unique in legislature, regulations, culture and principles held by both companies and citizens.

Seeing an initiative trying to invigorate digital innovation with a mindset of cooperation and security truly warms my heart and makes me hopeful. If you feel the same, read a bit more and see how Gaia-X could be useful to you and your company. Those standardized data tracks just may be the railroad to the future.

Are you intrigued by this and are thinking of finding out more? Maybe even joining up? Would you like to use Infobip's services through GaiaX framework? Do you think this project has a future? Comment away.

Infobip
How can we help?

Once suspended, infobipdev will not be able to comment or publish posts until their suspension is removed.

Once unsuspended, infobipdev will be able to comment and publish posts again.

Once unpublished, all posts by infobipdev will become hidden and only accessible to themselves.

If infobipdev is not suspended, they can still re-publish their posts from their dashboard.

Once unpublished, this post will become invisible to the public and only accessible to Dejan Franković.

Thanks for keeping DEV Community 👩‍💻👨‍💻 safe. Here is what you can do to flag infobipdev:

Unflagging infobipdev will restore default visibility to their posts.