The fact is not alien to us anymore that cross browser testing is imperative to enhance your application’s user experience. Enhanced knowledge of popular and highly acclaimed testing frameworks goes a long way to develop a new app. It holds more significance if you are a full-stack developer or expert programmer. Most developers prefer Java because of its platform independence and ease of use to build anything – simple applications to sophisticated mobile apps, websites, and more.

In this article, we will share some of the most useful and best Java testing frameworks you can learn in 2021 to boost your career and improve your skill sets.

What are survey stats saying?

As per the TIOBE Popularity index for February 2021, Java is the second most popular programming language worldwide, with an overall rating of 11.29%.

In another survey conducted by Statista in 2020, Java was among the top five listings for broadly used programming languages worldwide, where almost 40.2% of respondents mentioned that they successfully used Java. 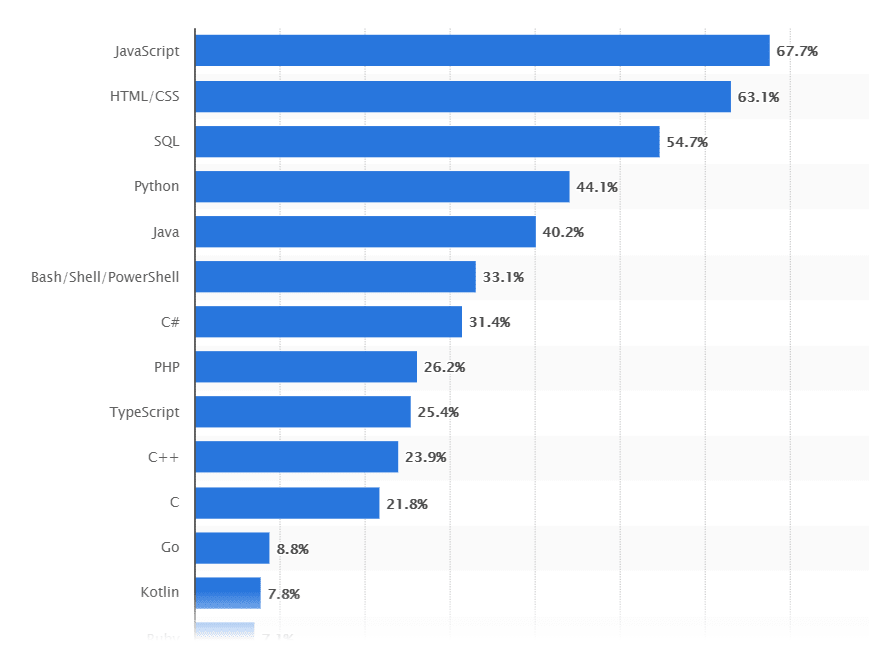 What are Java Testing Frameworks?

Java Frameworks can be referred to as the bodies of pre-defined code used by Java to create custom applications. The software testers or engineers can control the capabilities and use them to their advantage. Frameworks allow you to add your code to the enormous bodies of pre-written codes. The Java framework helps you focus on your business app’s core logic, avoiding the need to write code for basic functionalities like database connections, exception handling methods, and more.

JUnit is one of the popular Java unit testing frameworks. The unit test is used in a path function or for testing a small piece of code. It plays a vital role in test-driven development and is a part of the collective unit test frameworks called xUnit. JUnit boosts the initiative of “to begin with testing than coding,” which highlights setting up the testing data for a part of code that should be tested prior to execution. This technique is akin to the “test a little, code a little” technique. It enhances the programmer’s productivity and program code’s stability, which in turn reduces the pressure on the programmer and minimizes the time spent on debugging.

JUnit 5.0 annotations added a lot of power and convenience to unit testing. Annotations ease the process of writing unit tests for examining exceptions. Expert developers who follow the test-driven approach should first write & run the unit testing before writing further code. Once the code is written, entire testing must be carried out and checked for appropriate results. Once a new test code is added, all test scenarios should be re-executed to ensure that everything is fine.

Is JUnit an ideal Java testing framework for you?

While it is a primitive way for testing Java-based projects, it offers several advantages to teams:

JBehave is also one of the best Java Testing Frameworks, primarily used with Selenium WebDriver for Java testing. JBehave framework is a BDD (Behaviour-Driven Development) framework, which was created in 2003. The ultimate objective behind JBehave is facilitating newcomers to understand and learn about Behaviour-Driven Development at a faster pace.

Is JBehave an ideal Java unit testing framework for you?

Beyond project managers, this framework rewards stakeholders, as it assists in improved transparency between test teams and the rest of the enterprise. Moreover, it also offers the following advantages to teams.

Serenity (earlier called Thucydides) is an open-source library perfectly designed for BDD (Behavior-Driven Development). It expands the WebDriver and JUnit attributes. This is also one of the widely preferred test automation frameworks that enable you to write well-structured tests. Serenity can also integrate with existing BDD frameworks such as JBehave.

Besides forming meaningful details for every single test, the tool also shows the traits tested in every test case. One of the best things about Serenity is that it supports a number of automated acceptance test solutions.

You can use this framework with JUnit to rapidly write maintainable tests or incorporate the same with Selenium WebDriver for testing web apps in Selenium. Serenity also supports RestAssured for testing REST API. The framework also allows you to use any BDD (Behaviour-driven Development) tool like Cucumber. You can use it with popular test management tools like JIRA.

Is Serenity an ideal Java testing framework for you?

Selenium is an automated open-source (free) application testing framework that is used for cross browser testing. Selenium is a powerful framework to control and manage web browsers through the program. It is functional for almost every browser, works on most popular operating systems, and its scripts can be written in popular programming languages like C#, Java, Python, PHP, and more.

The Selenium Framework reduces the effort involved in the maintenance of the code.

Is Selenium an ideal Java testing framework for you?

It is a robust framework to control web browsers through test automation code. Here’s what makes Selenium one of the most powerful testing frameworks:

TestNG is a Java-based open-source testing framework. The framework is inspired by JUnit and NUnit. You can also create an HTML report during testing implementation.

It has features like grouping tests, annotations, parameterization, etc., that help in creating tests at a faster pace. These useful set of features makes TestNG a more robust framework in comparison to other test automation frameworks.

Is TestNG an ideal Java testing framework for you?

Mockito is an open-source and one of the preferred Java unit testing frameworks. This well-known Java-based mocking framework is primarily used for Java app unit testing. The major benefit of using Mockito is that there are no requirements to create mock objects, as the framework generates them automatically. It creates mocks by means of annotations.

This internally uses the Java Reflection API for creating mock objects for a precise interface. The key goal of using the Mockito Java testing framework is to ease the test development by mocking exterior reliance and utilize it in the test implementation. Therefore, it gives a simplified test code that is understandable and easy to modify. We can also use Mockito with other frameworks like TestNG and JUnit.

Is Mockito an ideal Java testing framework for you?

Mocking is an essential technique of modern-day unit tests. This framework differentiates itself from different mocking or test frameworks by enabling developers to validate the SUT’s behavior (system under test) without setting up expectations. Here are the benefits it offers to the QA team:

It gives an API to interact with HTTP and HTML servers.

Is HTTPUnit an ideal Java testing framework for you?

HTTPUnit is a well-suited framework for the execution of automated acceptance tests or functional tests. 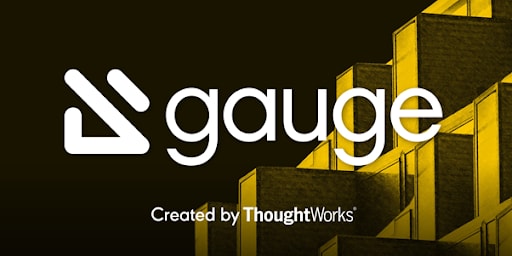 Gauge is a Behavior Driven Java testing framework launched by ThoughtWorks.Inc. This is also one of the best Java Testing Frameworks, which allows software engineers to develop automated frameworks and speed up the software development procedure.

This open-source framework for Java takes the stress out of acceptance tests with minimum involvement of code. Like Selenium, this framework for Java can be used with popular languages such as C #, JavaScript, Java, Ruby, and Python.

Is Gauge an ideal Java testing framework for you?

This framework continues to make a noteworthy impact by providing numerous rewards for agile teams throughout the DevOps process. Here’s what makes it the ideal testing framework:

Geb brings together the grace of jQuery content selection and the capabilities offered by WebDriver, Page Object Modelling (POM), and clarity offered by the Groovy language. Geb is open-source and licensed in the Apache License (Ver. 2.0).

Gauge can be used to effortlessly perform cross-browser testing using Selenium WebDriver. This framework can be used for normal automation, web scraping, and acceptance (and functional) testing in conjunction with other frameworks like Cucumber-JVM, TestNG, JUnit, and Spock.

Is Geb an ideal Java testing framework for you?

Developing quality software is a challenging task for any developer. Mastering testing skills is the best way to ensure that you build a product that lasts. Java has evolved over the years, and Java testing frameworks have emerged to keep up with the need for high-quality application performance testing.

The perfect Java testing framework for your app (or website) can be used for performing automated browser tests with ease. Some of the most popular Java testing frameworks mentioned above are highly recommended for Selenium automation testing. LambdaTest, a cloud-based cross browser testing platform, supports all the major Java test automation frameworks and lets you perform testing at scale on 2000+ browsers, browser versions, and platforms.

Choose your framework cleverly to enjoy the features that Java offers and fulfill web applications and tools needed.

How to test RTK Query with react testing library

iritesh92
I will work as a content manager. Previously worked in deep tech and artificial intelligence space
How To Get Started With Mobile Website Testing In 2021?
#testing #responsive #webtesting
Progressive Web Apps And The Future Of Mobile Web
#pwa #mobile #responsive #testing
How To Get Attribute Value In Selenium WebDriver?
#selenium #java #automation #seleniumwebdriver

Once suspended, iritesh92 will not be able to comment or publish posts until their suspension is removed.

Once unsuspended, iritesh92 will be able to comment and publish posts again.

Once unpublished, all posts by iritesh92 will become hidden and only accessible to themselves.

If iritesh92 is not suspended, they can still re-publish their posts from their dashboard.

Once unpublished, this post will become invisible to the public and only accessible to iritesh92.

Thanks for keeping DEV Community 👩‍💻👨‍💻 safe. Here is what you can do to flag iritesh92:

Unflagging iritesh92 will restore default visibility to their posts.