With the advancement and growth in technology and the arrival of DevOps and Agile, the software testing industry is witnessing numerous changes. Software Testing has traversed a long path from manual testing to record-and-playback sophisticated testing tools, then to test automation, and now to codeless automated testing.

World Quality Report, 2020–2021, says that not having advanced programming know-how and expertise is considered one of the critical challenges when applying automated browser testing to agile projects. We could perhaps state, the development of codeless testing tools is a promising solution to the challenge.

This blog is all about taking you through the top codeless testing tools you should look forward to in 2021. However, before jumping to that, let’s understand the What and Why of codeless automated testing.

What is Codeless Automated Testing?

Codeless automated testing means executing automation testing without using any script. Writing automated scripts could be challenging for QA engineers as the code required to be written in every suitable programming language is arduous and time-consuming.

With codeless automated testing, you can minimize the testing time over repetitive test cases without any coding efforts. There are many codeless testing tools available in the market, which encompass a set of built-in features without any complicated coding. Some of the significant features include:

Why Should You Consider Codeless Automated Testing?

Performing codeless automated testing is not completely code-free; however, there are many reasons why you must consider implementing codeless test automation into the software testing process.

Let’s explore the most popular codeless testing tools that help QA specialists to go onboard for the Codeless Test Automation journey!

Katalon Studio is ranked among the top codeless testing tools of 2020. It is a popular choice for its extensive range of test abilities across Desktop, Mobile, Web, APIs, and applications. Its unique features are simple-to-use and best for experienced and beginners QA engineers. The credits sum up why it is at the top of our list.

Katalon comes with an accessible interface for test experts and business users. The drag-and-drop commands, record and playback traits make it a perfect codeless automated testing tool. QA engineers can easily import external test libraries and allow the tool to perform the implementation, avoiding building a framework from scratch.

Learn how you can perform codeless cross browser compatibility testing on multiple environments by integrating Katalon with LambdaTest. 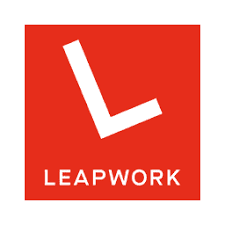 LEAPWORK is an advanced cloud-based, codeless selenium automation testing platform. It supports the testing of many forms of apps, including SAP, Windows, and Web. With LEAPWORK, you can enable your agile project team to speed up the development and implementation of the QA automated testing procedure.

Designed for both Desktop apps and Web apps, this tool is built with the entire software development team in mind. LEAPWORK comes with predefined building blocks and default libraries for automation, aiding QA teams to improve productivity and save time.

Check how to overcome test automation challenges by integrating LEAPWORK with LambdaTest. 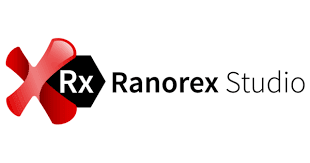 Ranorex Studio is an all-purpose and among the most popular codeless testing tools for both professionals and beginners. This is a perfect tool to automate mobile, web-based, and desktop apps without having the need for a scripting language to automate the app. Ranorex mainly uses standard programming languages like C# & VB.NET.

You can use the drag-&-drop User Interface objects, capture-&-replay tool, and code modules to automate regression testing using this tool. Ranorex also allows testers to generate modular automation scripts that are maintainable and effective, irrespective of programming expertise. The Ranorex core API is incorporated with Se (Selenium) WebDriver; hence one can easily deliver cross browser testing on a Selenium Grid. 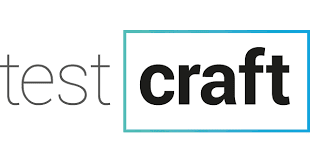 This is one of the most incredible codeless testing tools, which was introduced as an E2E (end-to-end) test automation platform for continuous and regression tests. Similar to other codeless testing tools with the special feature of Record and Playback, this tool also offers a test script with inputs coded beforehand that must be modified afterward. Tweaking some codes might break the testing script.

Therefore, Smart Binding is mentioned as the smart component locators that can instantly capture several attributes like position, IDs, text size, or value. They can also rebound during a run to go with modifications in the code.

This codeless selenium automation tool allows you to automate web applications with everything that Selenium offers without needing to write codes. Selenium IDE uses the record & playback feature to support codeless automated testing.

Selenium IDE can be extended with plugins. They bring in new commands to IDE or incorporate them with other services. Selenium IDE is the simple to use codeless automated testing tool that gives instantaneous feedback and allows you to run testing on any Operating System + browser combination using the SIDE (or the Selenium IDE command-line) runner. This is why codeless testing tools have become popular as they relieve tester’s headaches and critical challenges.

CloudQA is a robust integrated cloud-based automated testing platform launched to build, manage, and implement tests against several browsers separately and in parallel. CloudQA is not just a Record and Playback tool, but it offers its users an integrated report tool for rapidly generating and scheduling regression tests suits.

This amazing tool gives you the same power as Selenium, with no advanced programming expertise required. Recorded testing is put into manageable modules and visible incomprehensible forms. Even the same tests can be reused for load tests, regression tests, and synthetic monitoring.

Within Perfecto, strong and AI-driven bindings account for 97.4 percent of application changes. Its self-healing trait allows test scripts to run without any maintenance or disruptions continuously required. Its cloud-based solutions are developed to ensure they will work well no matter any market problem occurs, for instance, a new Android or iOS version update, new browser, or mobile phone release. Even though offering a bunch of sophisticated features, the Perfecto trial period is fairly short, which causes complexity for the team to evaluate it.

It is an Artificial Intelligence-powered codeless automated testing tool that fulfills all the criteria of being a perfect codeless selenium automation tool. AccelQ can automate desktop, web, mainframes, and other apps with minimal effort and time, speeding up the test cycle. Unlike other codeless testing tools, its self-healing traits and natural English coding make it very different from others in the competition.

With an easy and fast-to-develop user interface, it can be incorporated with existing and famous DevOps and quality toolchains quite smoothly. Traits like Extendible & Open Source Alignment, Natural Language Programming, Automated Test Generation, and Intelligent Element Explorer have made it an instant hit among companies. 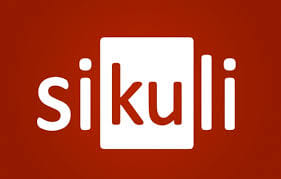 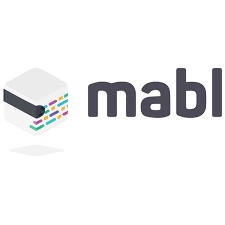 By switching to Mabl, users can perform non-SDETS robust testing across all prominent browsers in parallel. This helps to eliminate the barrier of visual design, user experience tests, and performance tests. This eventually reduces the physical effort, hosted infrastructure, plus test case maintenance for automation testing by managing it all in the cloud.

The QMetry Automation Studio, is an automation platform that helps organizations to seamlessly accomplish end-to-end test automation. In the era of digital transformation, the studio leverages multiple languages and frameworks that improve its adaptability.

It supports partial codeless automation for manual users or beginners and endless script extension and customization for automation engineers.

There is an overabundance of benefits of codeless testing tools that outweigh the negative aspects of automation testing. They eventually save significant expenses and time in coding functionalities and convey quality through favorable test coverage. However, these tools need more documentation, features, and modularity. In summary, software testers prefer codeless test automation as a critical component when it comes to the agile development procedure. It wouldn’t replace manual automation testing completely but to accelerate their work. It is still maturing with its unique advantages and requirements in 2021 and complements the picture’s whole automation tests.

Using a mock server with Cypress

Why is Software Testing Important?

Once suspended, jainrahul will not be able to comment or publish posts until their suspension is removed.

Once unsuspended, jainrahul will be able to comment and publish posts again.

Once unpublished, all posts by jainrahul will become hidden and only accessible to themselves.

If jainrahul is not suspended, they can still re-publish their posts from their dashboard.

Once unpublished, this post will become invisible to the public and only accessible to Rahul.

Thanks for keeping DEV Community 👩‍💻👨‍💻 safe. Here is what you can do to flag jainrahul:

Unflagging jainrahul will restore default visibility to their posts.